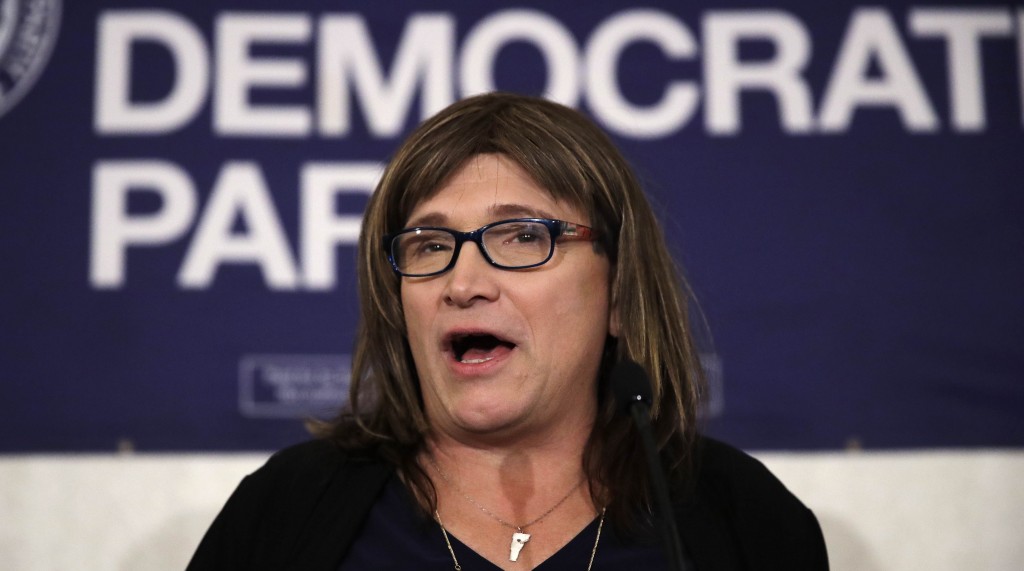 MONTPELIER, Vt. (AP) — The country's first major-party transgender candidate for governor said Thursday she doesn't know what she will do next now that she's lost the election in Vermont — but Christine Hallquist is keeping all of her options open.

Hallquist, a former utility executive who was a relative unknown at the start her Democratic campaign, won 40 percent of the votes in Tuesday's election against Republican Gov. Phil Scott, who took 55 percent.

"I wouldn't change anything, and everything about the campaign was exciting and rewarding, except for the losing part," said Hallquist, who was taking a break after the election, visiting her grandchildren out of state on Thursday.

She knew it would be uphill battle. Beating an incumbent governor doesn't happen often in Vermont. The last time was in 1962.

"She ran on a platform of furthering civil rights, expanding health care and holding government accountable — committing to making Vermont an even stronger, more vibrant and inclusive state," President Chad Griffin said in a written statement after the election. "Hallquist's inspiring and pioneering campaign has sent a loud, clear message that transgender people deserve a seat at the table in every level of government."

In his victory speech, Scott thanked Hallquist for running a spirited and civil campaign .

What has not been civil is the vitriol Hallquist has faced and still does on social media, which she said for the most part doesn't bother her.

"I pretty much ignore it because it's really reflective on the person, not necessarily me, and I'm sorry that people have their bias, and I think it's more a reflection on their insecurity because I don't even know how I could be perceived as a threat," she said.

After returning from her visit with family, she said she will have to find a job but didn't know yet what that would be.