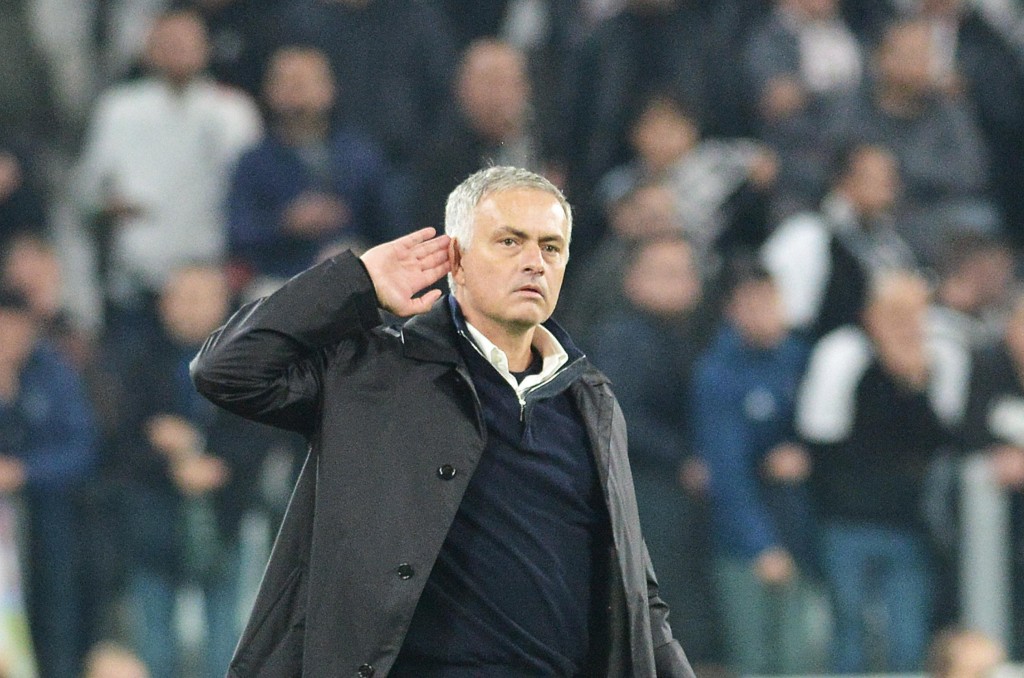 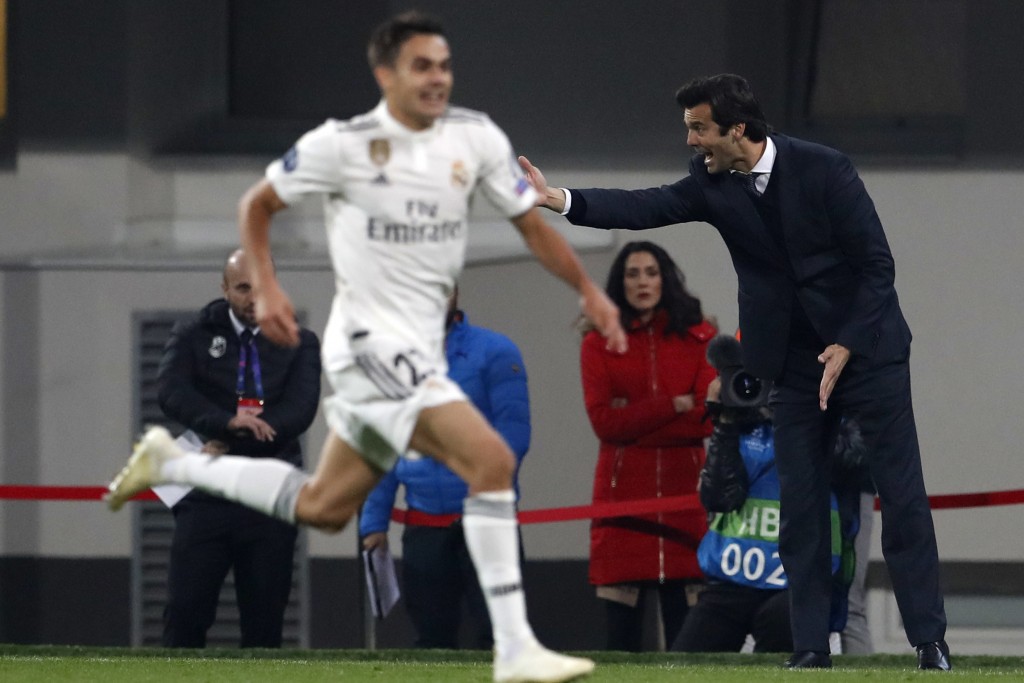 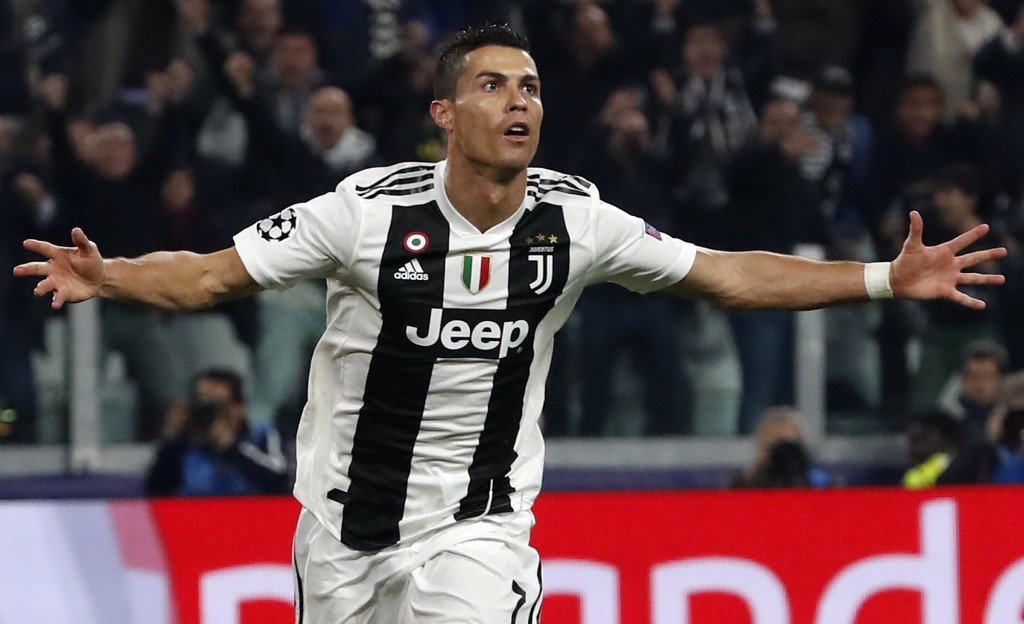 Jose Mourinho has started to accept that attack is the best form of defense for his Manchester United team that has kept just one clean sheet in the Premier League all season.

Will he maintain that stance ahead of a match against the most prolific side in England?

Manchester City has netted six goals in each of its last two games going into the derby against United on Sunday, the standout fixture of the weekend. With 33 goals in 11 games in the league, City has scored six more than Chelsea, the next best team.

United has won its last three matches, the most recent being a 2-1 victory at Juventus in the Champions League on Wednesday. Watching United at the moment is as exciting as it has been for a while, and it makes for a potentially explosive derby at Etihad Stadium. The subplot, as always, will be Mourinho going head to head with rival coach Pep Guardiola.

City leads the league by two points from Chelsea, which is at home to Everton on Sunday, and Liverpool, which hosts last-place Fulham the same day. Fulham manager Slavisa Jokanovic appears to be battling to save his job after a run of six straight losses — five coming in the league.

Celta Vigo will provide a good test of whether Real Madrid has truly turned around its season under interim coach Santiago Solari.

Madrid has won three matches under Solari since the firing of former coach Julen Lopetegui, but a visit to Celta on Sunday should provide more of a challenge than third-tier Melilla in the Copa del Rey, a home game against Valladolid in La Liga, and a trip to Czech side Viktoria Plzen in the Champions League.

Barcelona looks to maintain its lead when it hosts Real Betis on Sunday. Lionel Messi is doubtful as he recovers from a broken bone in his right forearm, while Philippe Coutinho is out after tearing a muscle in his left leg.

— By Joseph Wilson in Barcelona.

Runaway leader Paris Saint-Germain visits Monaco, which is 19th and lurching into a crisis under new coach Thierry Henry.

Things are going from bad to worse for Monaco, which has not won in 15 games — the past five coming since the France great took charge. Tuesday's 4-0 home loss to Club Brugge in the Champions League was painful to watch for Henry, whose side is hit with injuries and chronically low on confidence.

A win for PSG at Stade Louis II on Sunday would be a 13th straight and surpass the French record of 12 it shares with Monaco, which set that during its title-winning campaign in 2017. That seems a lifetime ago, such is the poor level of the current side with even star striker Radamel Falcao looking completely short of form.

Elsewhere, third-place Lille hosts Strasbourg on Friday and second-place Montpellier, which has the joint best defense in the league along with PSG, travels to Angers on Saturday.

— By Jerome Pugmire in Paris.

After falling to its first loss of the season on Wednesday, Juventus wants to get straight back on track but faces a tricky trip to AC Milan on Sunday.

Juventus hadn't lost in any competition until conceding two late goals in a 2-1 defeat to Manchester United in the Champions League.

Domestically, Juve is marching towards a record-extending eighth Serie A title and already has a six-point lead over its closest challengers, Inter Milan and Napoli.

AC Milan is 10 points behind Juve but has won its last three league matches to move up to fourth.

Inter also plays on Sunday, at neighboring Atalanta, while Napoli travels to Genoa on Saturday.

Lazio has the same points as Milan and on Sunday visits Sassuolo, which is three points behind the capital side.

— By Daniella Matar in Milan.

Few believed at the start of the season that Bayern would be four points behind Dortmund after 10 matches.

Bayern president Uli Hoeness has played down his side's chances.

"We're not going as favorites to Dortmund, but as outsiders — for the first time in a long time," Hoeness said.

Werder Bremen hosts Borussia Moenchengladbach for what promises to be an exciting game on Saturday, while Eintracht Frankfurt will put Schalke's improvement to the test on Sunday.

— By Ciaran Fahey in Berlin.