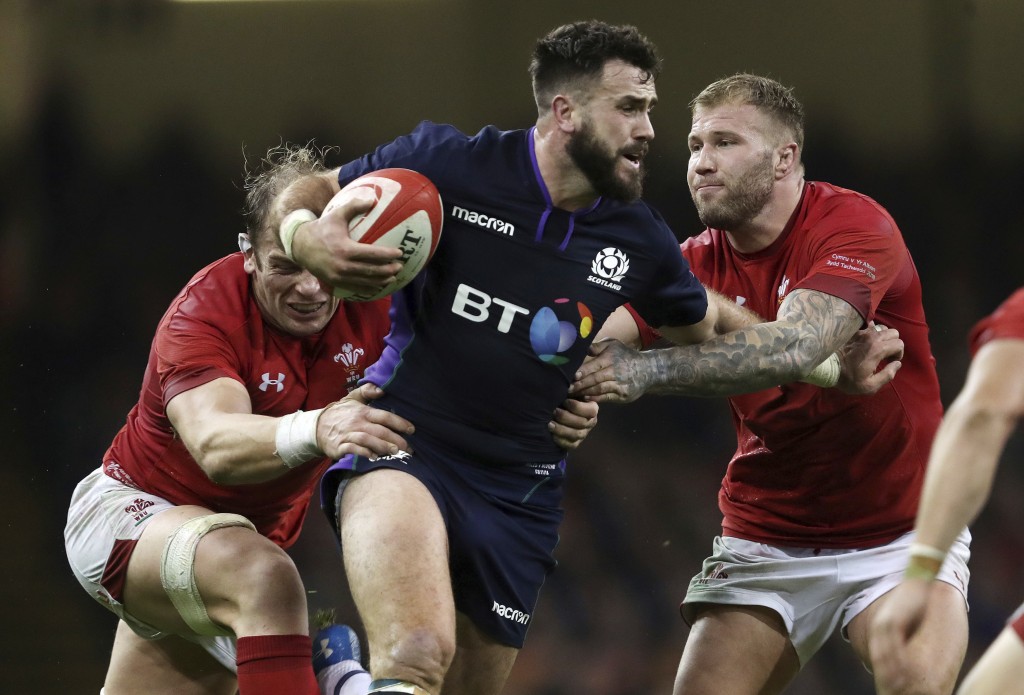 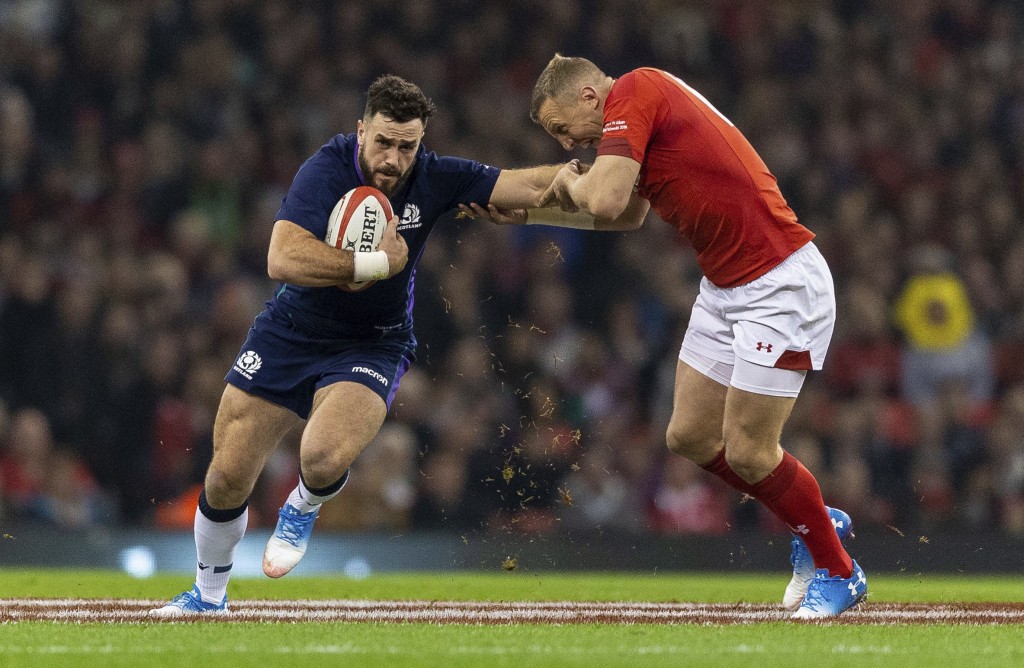 EDINBURGH, Scotland (AP) — Stuart Hogg has completed a remarkable recovery from ankle surgery to be starting for Scotland against Fiji on Saturday at Murrayfield.

The British Lions fullback has not played since damaging ligaments in late September. He was ruled out for 10-12 weeks, and was expected to miss Scotland's four tests this month.

Scotland coach Gregor Townsend decided on Thursday to throw him straight back into action in a side revamped after losing to Wales 21-10 last weekend in Cardiff.

Among the nine changes were the return of scrumhalf Greig Laidlaw, back as captain for the first time under Townsend, flyhalf Finn Russell, and wing Sean Maitland.

Former England Under-20s lock Sam Skinner will make his debut, after qualifying through his Scottish father.

Hooker Fraser Brown, lock Grant Gilchrist, No. 8 Matt Fagerson, and center Pete Horne were promoted to the starting XV after performing well off the bench in Cardiff.

"(Fiji) score more tries than any team in the world off turnover ball, about 66 percent, whereas most teams are under about 10 or 15 percent, so if you repeatedly give them turnover ball it'll be a tough afternoon," Townsend said.

"We have to be physical and accurate, play to our strengths and put them under pressure in areas they don't want to go into, to make sure the game is open for us but not for them."

Scotland lost to Fiji 27-22 in June last year in Suva.