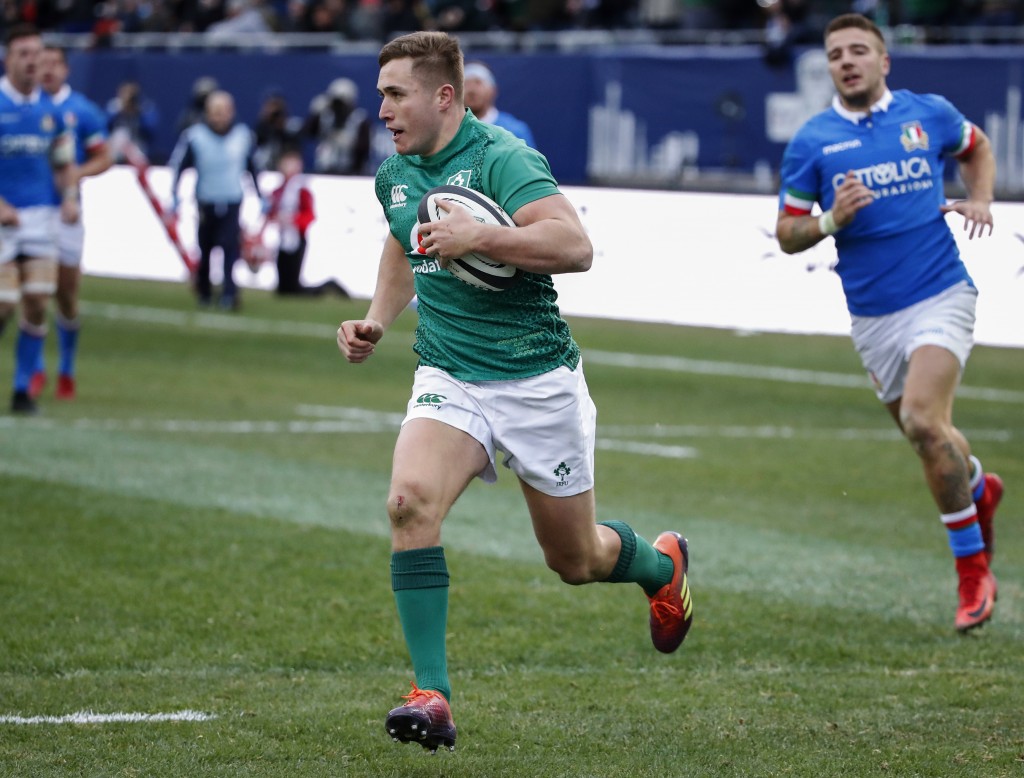 DUBLIN (AP) — Ireland brought back all of its big guns to play Argentina at Lansdowne Road on Saturday, and kept Jordan Larmour as fullback.

Larmour was one of only three starters retained from the 54-7 beating of Italy in Chicago last weekend. The others were inside center Bundee Aki and wing Jacob Stockdale.

Meanwhile, the Pumas surprised by choosing Guido Petti as an openside flanker for the first time after playing 42 tests and a Rugby World Cup as a lock.

Petti is in a back row with new captain Pablo Matera and No. 8 Javier Ortega Desio.

Marcos Kremer was the regular openside flanker through the Rugby Championship, but Argentina said he was edged for a lock berth by Matias Alemanno.

Larmour, who scored a hat trick of tries against Italy, will make his first start in Dublin after Rob Kearney failed to recover from a shoulder injury. Larmour will earn his eighth cap since his debut in February.

Garry Ringrose suffered a hip knock in Chicago, and his absence made it easier for coach Joe Schmidt on Thursday to pair Aki with Connacht clubmate Robbie Henshaw in the centers.

O'Brien will play his first test in a year, since Ireland last met the Pumas. Hip and shoulder injuries prevented a sustained comeback until September.

Schmidt said Kearney trained on Thursday and hoped he will be fit in time to play the All Blacks next week.

The Pumas decided to start props Santiago Garcia Botta and Santiago Medrano. Both started only once each, and not together, in the Rugby Championship. Medrano will make his second start. Usual loosehead Nahuel Tetaz Chaparro wasn't touring because of shoulder surgery, and Ramiro Herrera didn't even make the reserves after starting the last two games in the championship.

Scrumhalf Tomas Cubelli and wing Bautista Delguy were the other changes since the Pumas lost to Australia 45-34 a month ago in Salta, after leading 31-7.

Uncapped prop Lucio Sordoni and No. 8 Rodrigo Bruni were in the reserves.