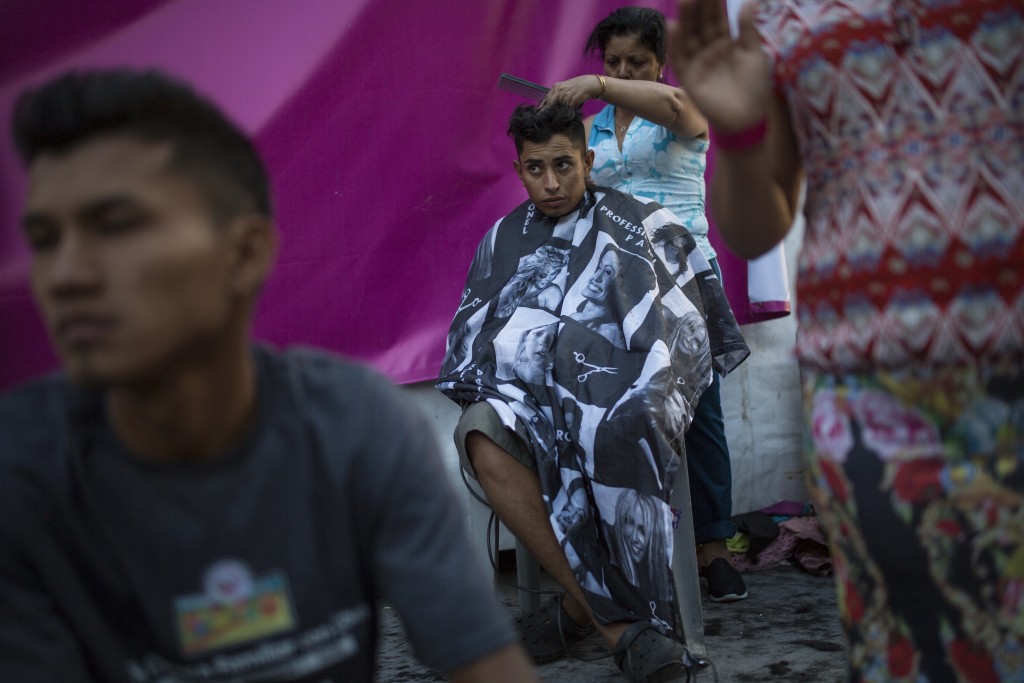 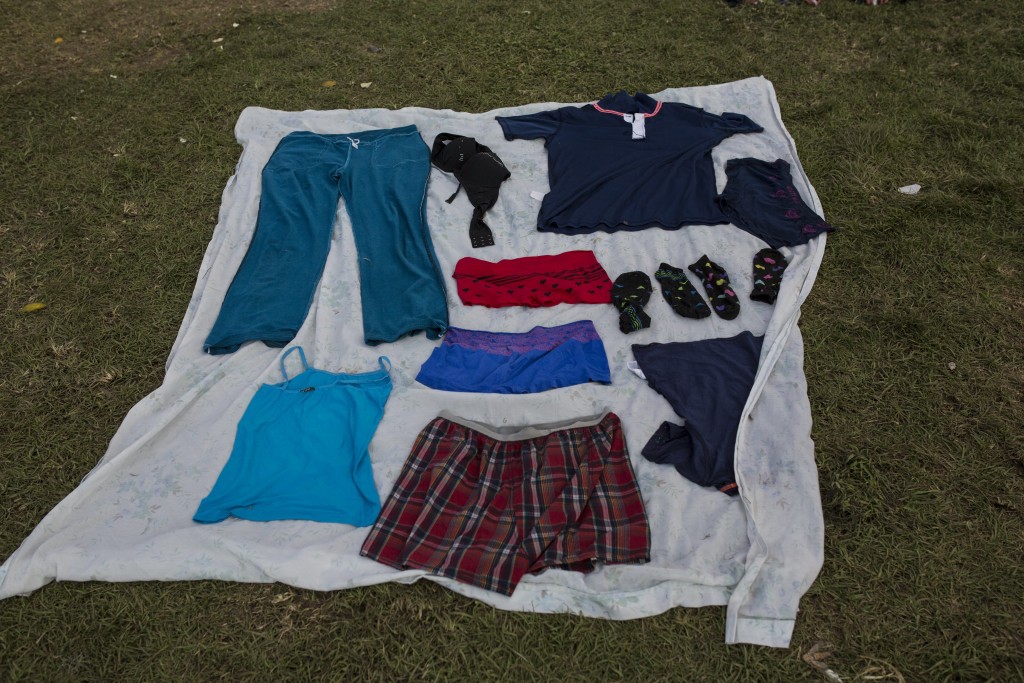 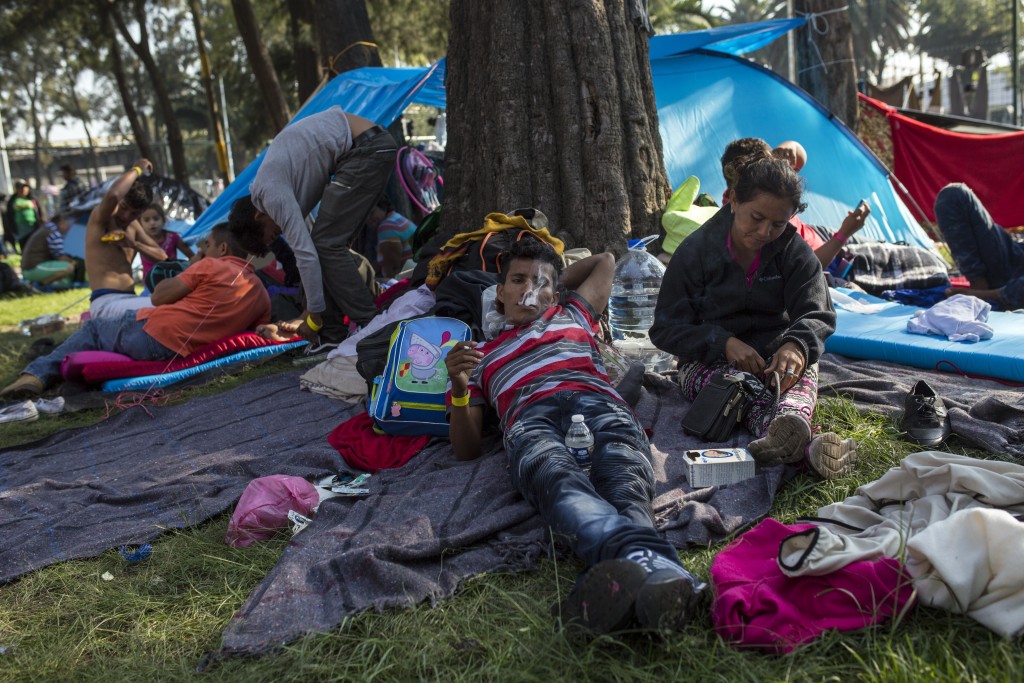 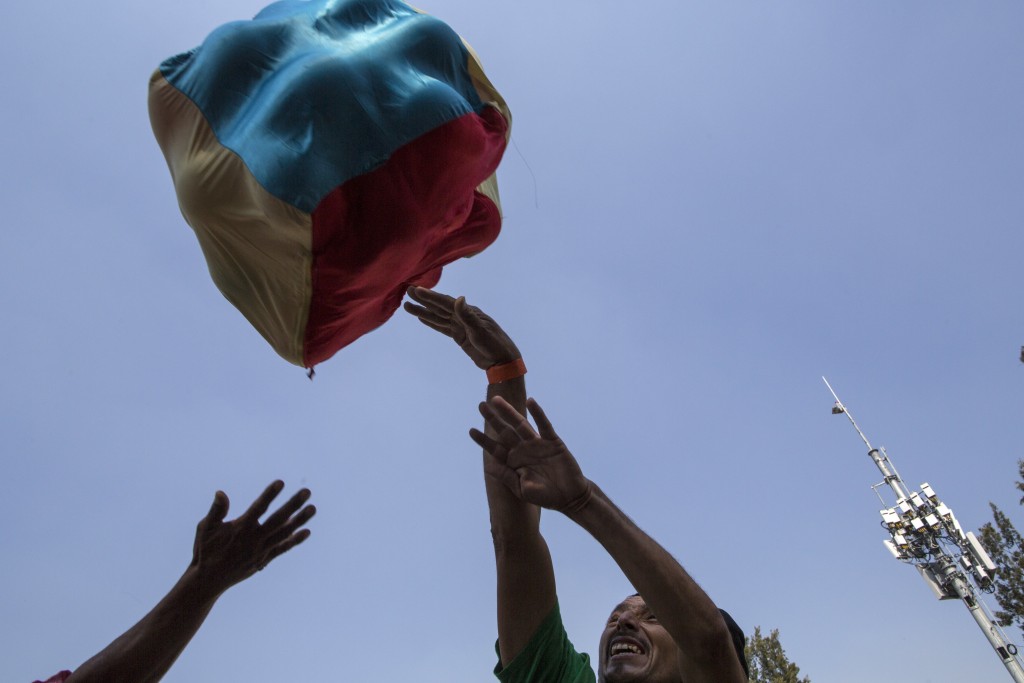 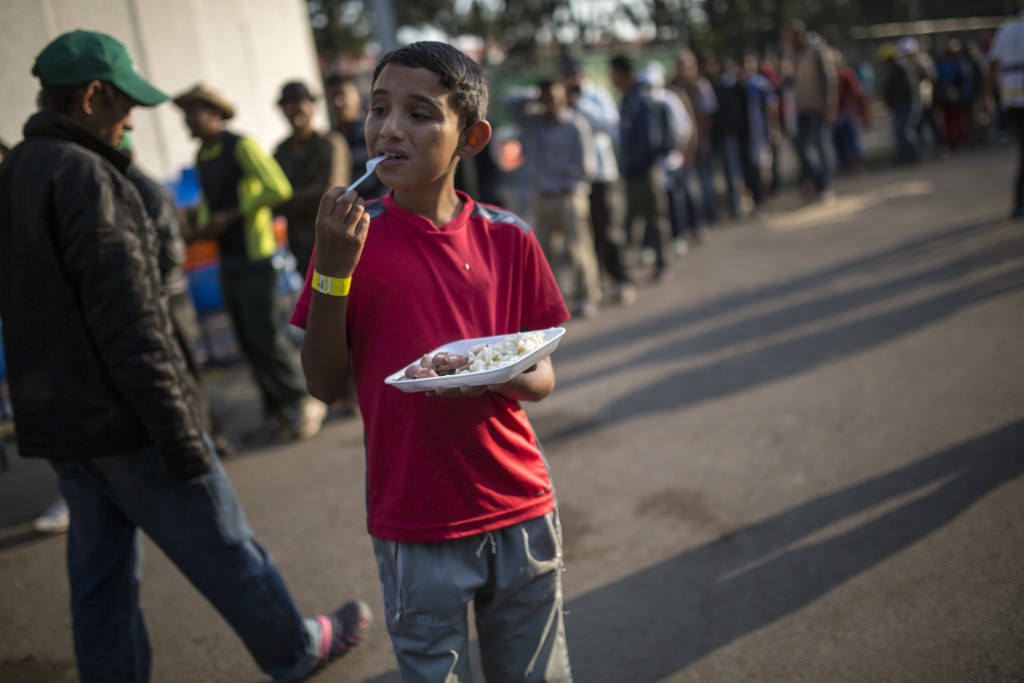 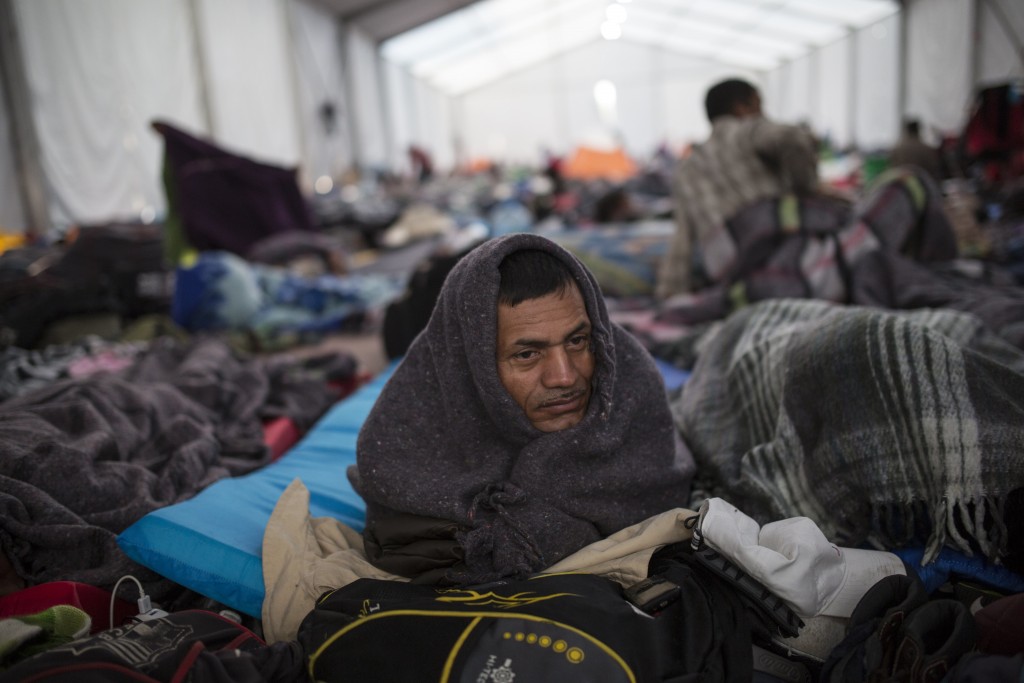 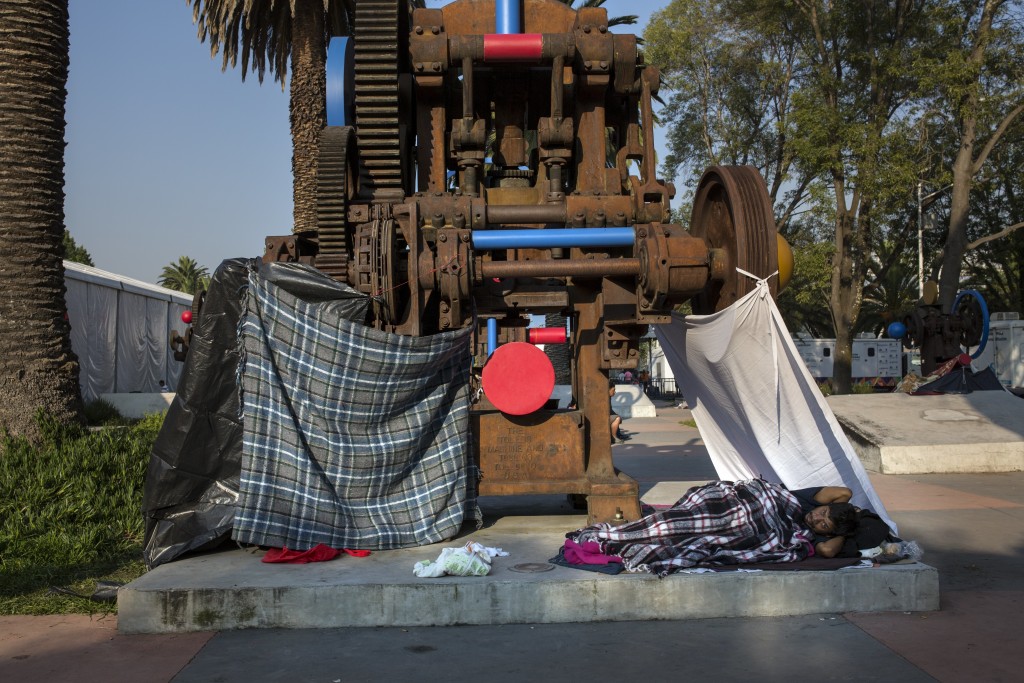 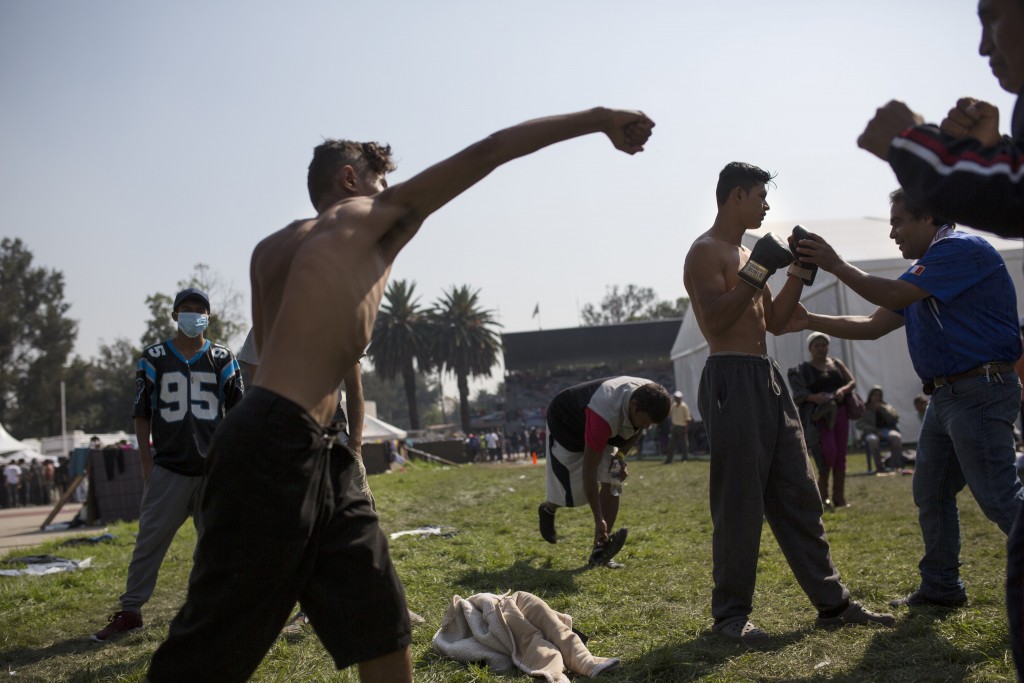 MEXICO CITY (AP) — Central American migrants resting in Mexico City debated which route they should take to the border and what options were available to them in Mexico and the United States ahead of a vote on what their caravan's next step should be.

Members of the thousands-strong caravan meeting in an assembly in a sports stadium late Wednesday emphasized the need to be careful in choosing their route north because any path will inevitably take them through areas where drug cartels and gangs are active. A vote on the caravan's next step could take place late Thursday.

"California is the longest route but is the best border, while Texas is the closest but the worst" border, said Jose Luis Fuentes of the National Lawyers Guild to gathered migrants.

Mexico City is more than 600 miles from the nearest U.S. border crossing at McAllen, Texas, and a previous caravan in the spring opted for a much longer route to Tijuana in the far northwest, across from San Diego. That caravan steadily dwindled to only about 200 people by the time it reached the border.

Fuentes also warned the migrants that if they are separated from their children they should "say they want a lawyer and not sign any paper."

Other activists and officials explained the options available to migrants in Mexico, which has offered them refuge, asylum or work visas. The government said 2,697 temporary visas had been issued to individuals and families to cover them while they wait for the 45-day application process for a more permanent status.

Wednesday's assembly came a day after U.S. midterm elections in which President Donald Trump had converted the migrants into a campaign issue, portraying them as a major threat.

Marlon Ivan Mendez, a farm worker from Copan, Honduras, was waiting in line for donated shoes to replace the worn crocs he has used since leaving his country three weeks ago. He said he left because gangs were charging him rent to live in his own home.

"It is not fair that the good ones pay for the sinners," Mendez said of fears that gang members are coming with the caravan.

On Wednesday, Christopher Gascon, the Mexico representative for the International Organization for Migration, estimated there are about 6,000 migrants at the Jesus Martinez sports complex in Mexico City and maybe another 4,000 in caravans that are working their way through southern Mexico.

But some migrants had been visiting the organization's tent asking about how they can return home.

"They perhaps didn't have a very clear idea of what they faced," Gascon said. On Wednesday night, a bus left from Mexico City to return 40 and 50 people to their countries of origin.

Meanwhile, other migrants were focusing on the daunting task of reaching the U.S. border and presenting asylum requests there. The U.S. elections occupied only a small part of their thoughts.

Nora Torres, a 53-year-old Honduran, anxiously asked a reporter: "How did he (Trump) do? Did he do well or poorly?"

Torres had run a small restaurant but closed it because gangs were demanding too much protection money.

In the stadium, hundreds of Mexico City employees and even more volunteers helped sort donations and direct migrants toward food, water, diapers and other basics. Migrants searched through piles of donated clothes and grabbed boxes of milk for children.

Darwin Pereira, a 23-year-old construction worker from Olanchito, Honduras, left his country with his wife and son, 4, for the very simple reason that "there is no work there."

Pereira, who still wears the same cheap plastic sandals he left Honduras with a month ago, said he has a novel approach to getting into the United States.

"If I meet Donald Trump, I am going to cry. I will cry because there is nothing else to do," he said.