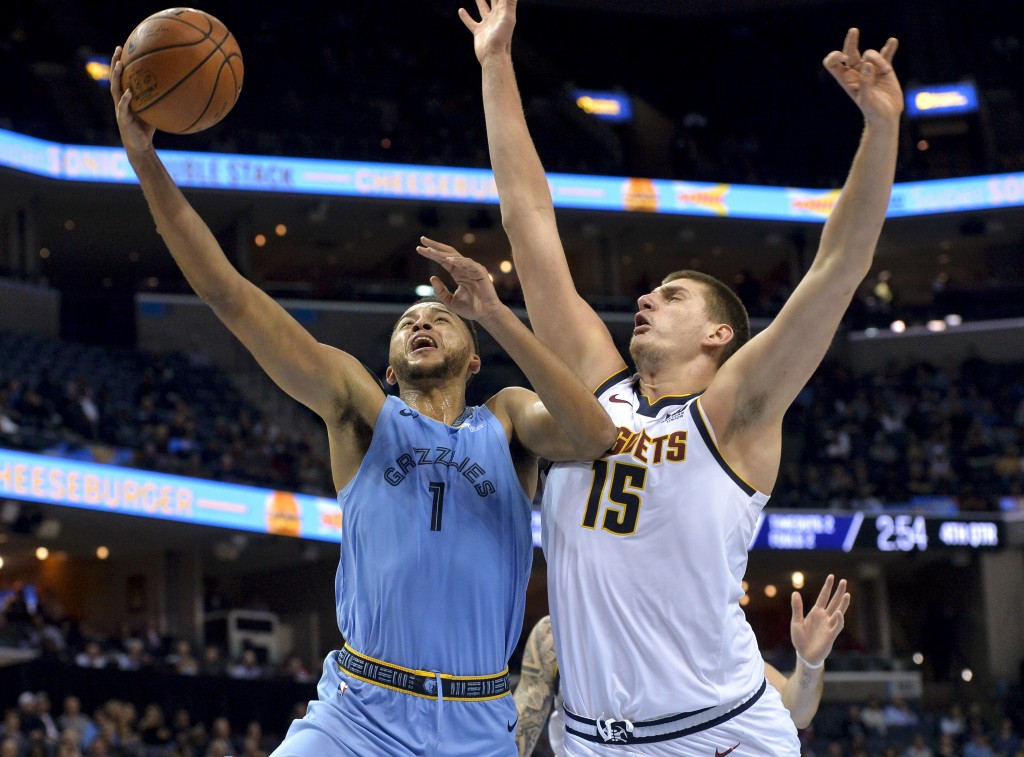 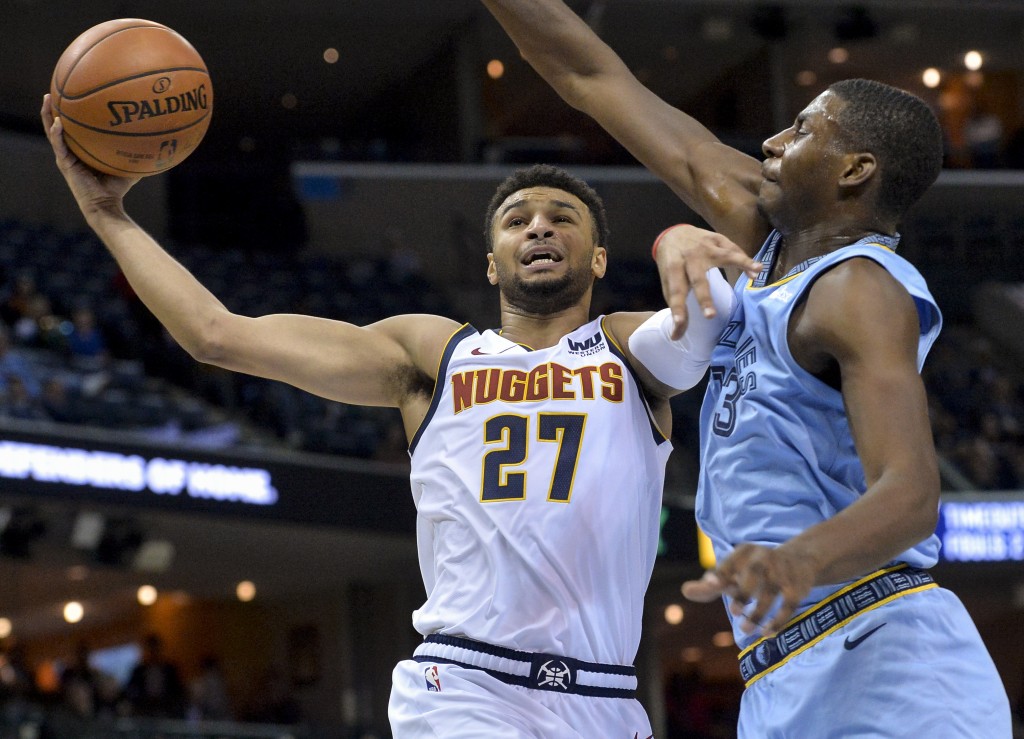 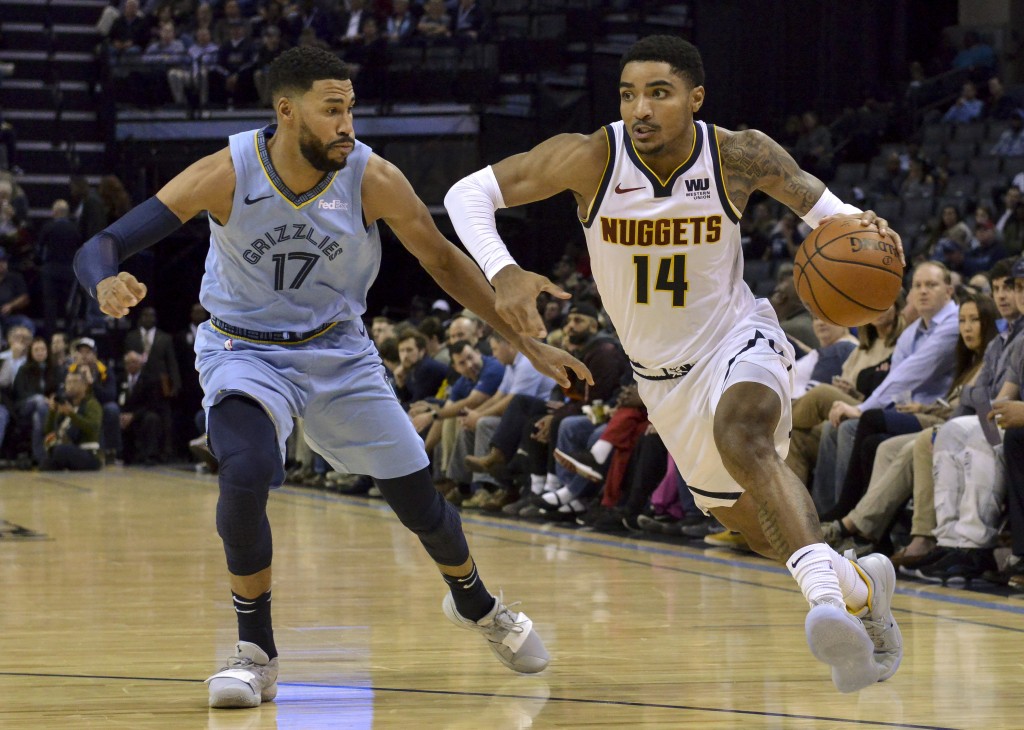 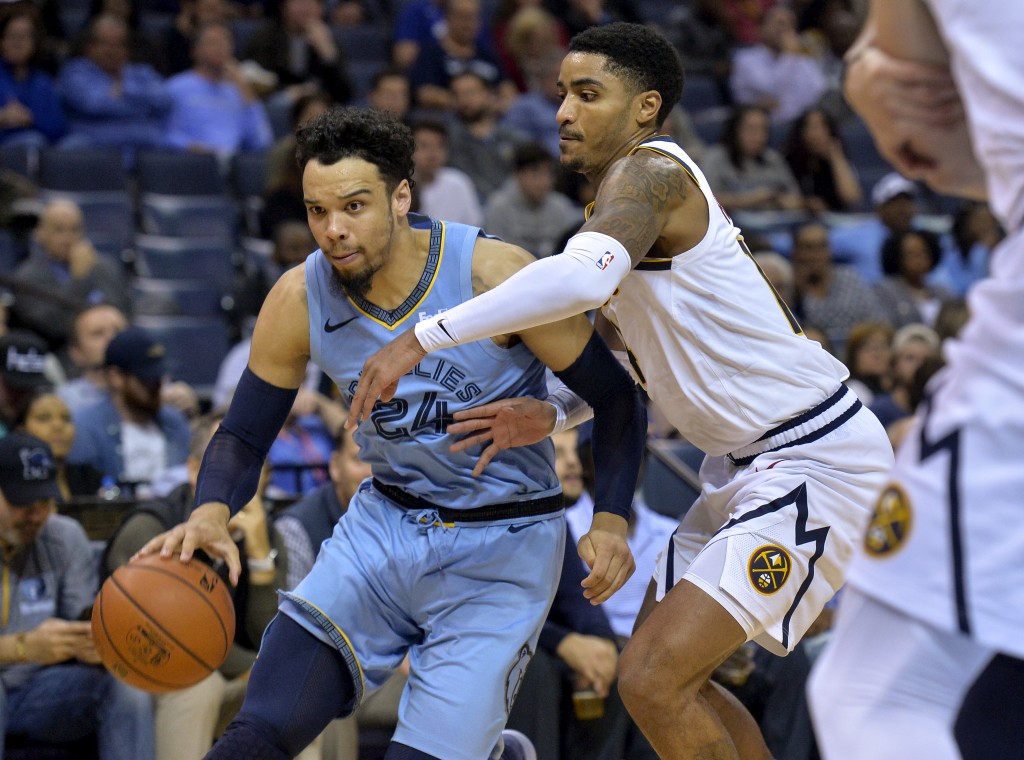 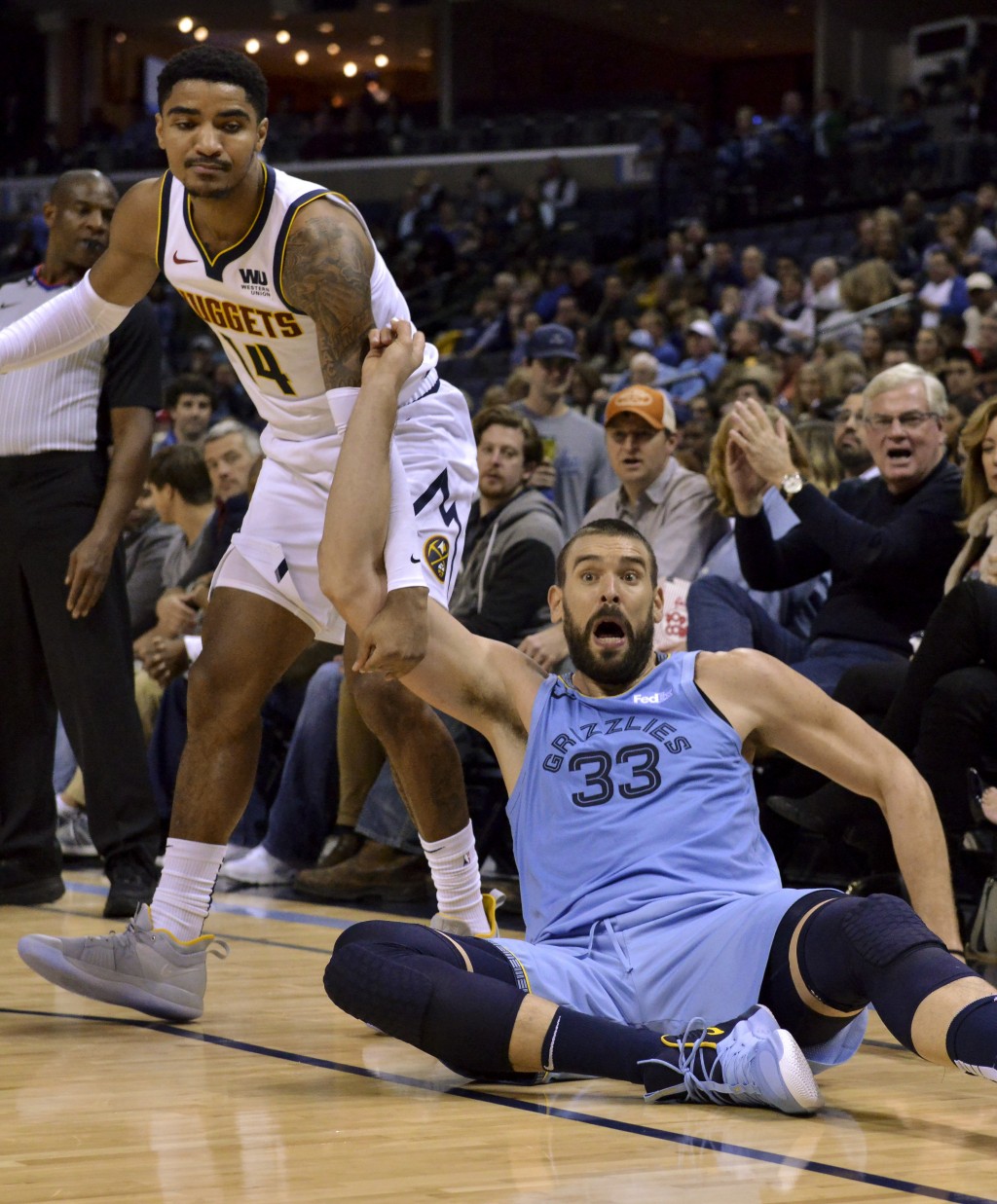 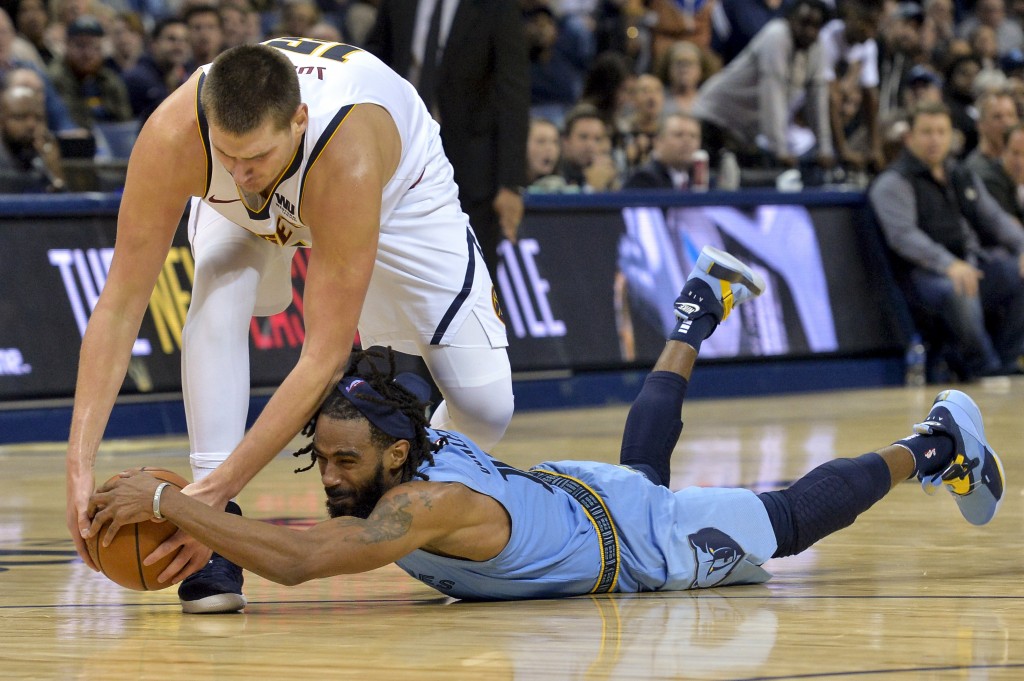 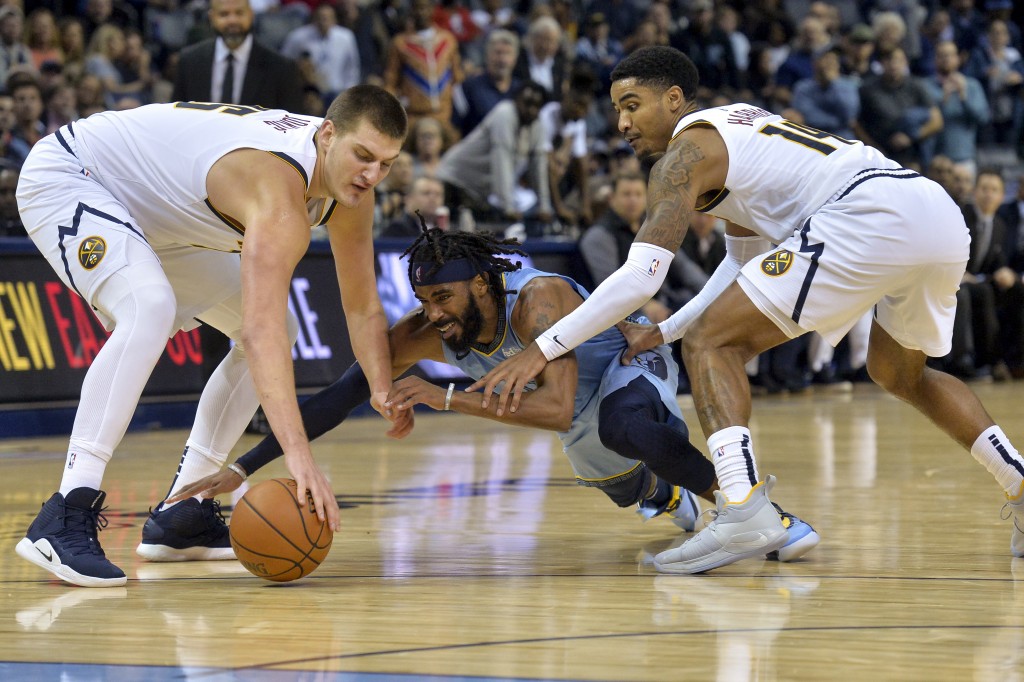 MEMPHIS, Tenn. (AP) — Marc Gasol scored 20 points, including the go-ahead free throws with 4.6 seconds remaining, to lead the Memphis Grizzlies to an 89-87 victory over the Denver Nuggets on Wednesday night.

The Nuggets, who had won five straight, still had a chance after Gasol's foul shots, but Nikola Jokic's 3-point attempt bounced off the rim and Denver's rebound tip was also off the mark.

Gary Harris led the Nuggets with 20 points, and Trey Lyles added 16 off the bench. Jamal Murray had 15 points and seven assists after scoring a career-best 48 in Monday night's win over Boston.

Murray shot only 6 of 21 this time and Denver finished at 39 percent from the field.

Denver was up 83-82 with 2:42 left, but Memphis took the lead on Mike Conley's floater with 40 seconds to go. A dunk by Lyles and a jumper by Murray tied it at 87 before Gasol's winning free throws.

An active Denver defense led to 10 Memphis turnovers by the midway point of the second quarter, miscues that offset the Grizzlies shooting near 50 percent at that point.

But despite the ball-handling problems, Memphis closed the half with 10 straight points and carried a 50-47 advantage into halftime.

Memphis extended the margin to 59-51 early in the third.

But the Nuggets kept their composure and pulled even. The teams traded leads the rest of the third quarter before entering the fourth tied at 70.

Nuggets: Murray was limited to seven points on 3-of-10 shooting in the first half. He missed his first four 3-pointers before converting one near the 10-minute mark of the third quarter. ... Jokic, who averages 11 shots a game, didn't take his first field goal attempt until the 3-point try in the closing seconds. . The 87 points were a season low for Denver.

Grizzlies: Committed eight turnovers in the first quarter and finished with 18, compared to 19 for Denver. Memphis has had fewer turnovers than its opponent in every game this season. ... The Grizzlies are 4-0 at home. . Gasol and Jackson had three blocks each.

Grizzlies: At the Milwaukee Bucks on Friday.