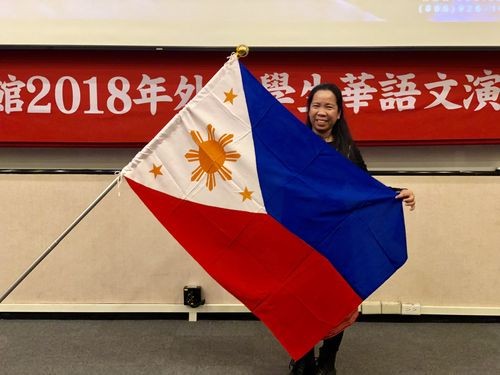 The student, Imelda de Guzman, has been living in Taiwan for 15 months and is presently taking a Chinese language course at National Chengchi University, reported CNA. In an interview with the news agency, Guzman said that her dance was from the Ifugao people in the northern Philippine island of Luzon.

In the video of her performance, Guzman is seen dressed in a colorful wraparound skirt and black shirt, while making slow and graceful movements to a traditional Ifugao song. However, at around the two minute mark, a man begins to rap and the tempo starts to accelerate.

Guzman starts to dance in more modern street dance style to match the hip-hop beat. The crowd, many of whom are fellow students, quickly begin to clap to the beat and cheer Guzman on as she gyrates to the music. Guzman proudly told CNA that she participated in the contest as a "chance for me to represent my country," and said that she has Ifugao ancestry through her mother, who is originally from Luzon.

Guzman competed with over 60 students from 14 countries in the 46th edition of the annual competition, which has been held at the Sun Yat-Sen Memorial hall since it opened to the public in 1972, according to CNA. The first place winner of the competition gets a cash prize of NT$7,000 (US$227), while the second and third place winners are awarded NT$5,000 and NT$3,000, respectively. 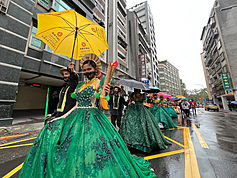 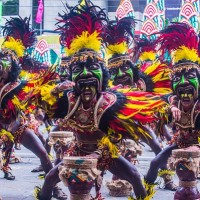