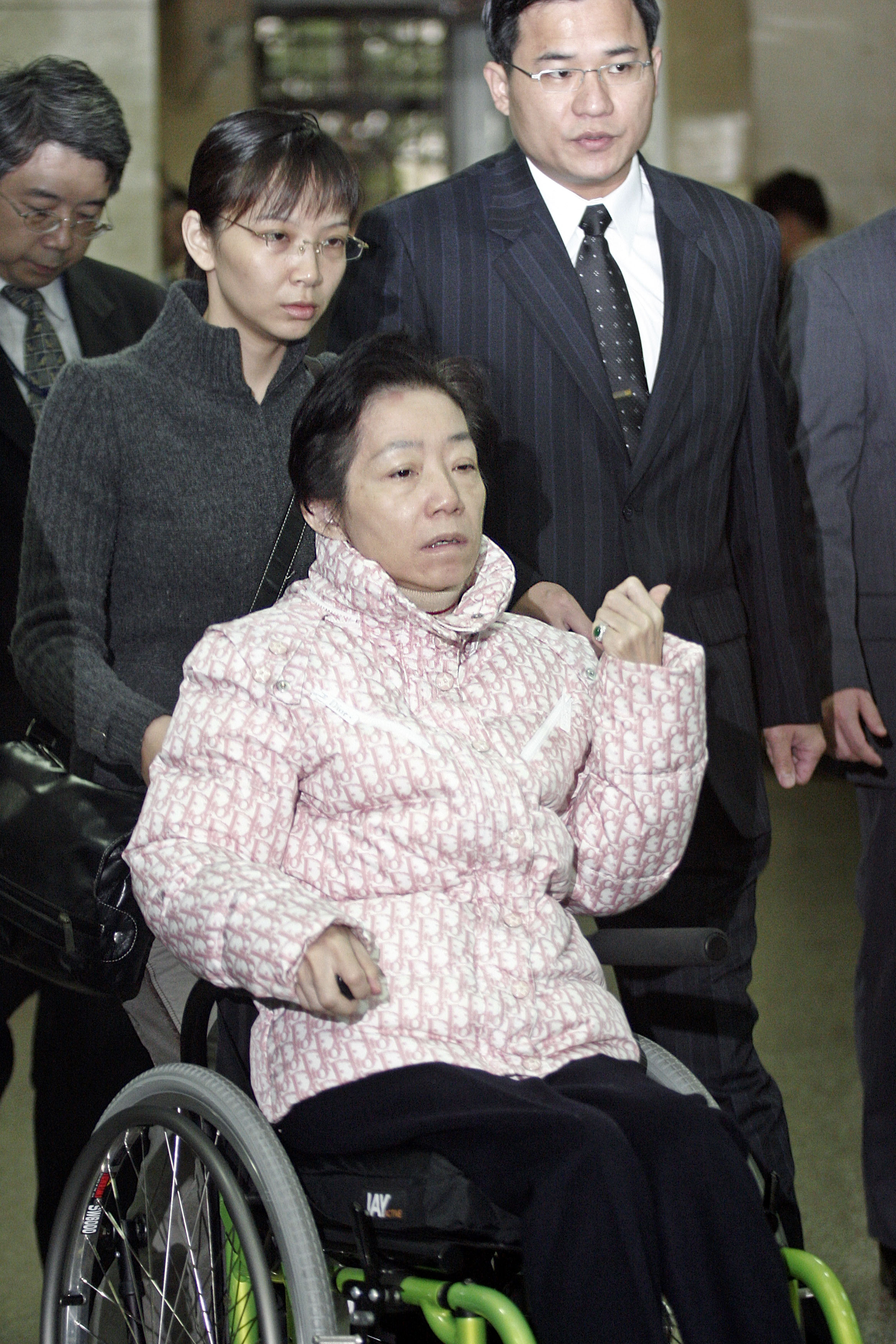 Both first lady Wu Shu-chen (吳淑珍) and the chief prosecutor involved the state affairs fund corruption case, Chang Hsi-huai, will probably not attend the third court hearing on Wu's trial today due to health problems.
Attorneys of both Wu and National Taiwan University Hospital, where Wu is currently hospitalized, yesterday submitted Wu's diagnosis to the Taipei District Court to prove her inability to stand trial, and asked permission for the first lady to be absent from today's court hearing.
Taipei District Court Spokesman Ben Liu noted, "The first lady is expected not to show up in the court, but the trial will continue."
Wu's absence would not affect the proceedings of the court case, Liu stressed. He also noted that as long as the panel of three judges deems that Wu's poor health is a rational excuse, her absence will not be considered unacceptable or improper.
Wu, one former aide and two current close presidential aides were indicted on corruption, forgery and perjury charges for Wu and President Chen Shui-bain's alleged misuse of a state affairs fund, which is for the president's discretionary use.
The wheelchair-bound Wu has been hospitalized at NTUH since December 15, the day she nearly collapsed from hypotension during a court recess following the first session of her trial.
NTUH yesterday emphasized in a news release that Wu's blood pressure remains unstable and that she still cannot be discharged from the hospital, noting that both relocating her and exposing her to the cold weather could result in her suffering from unusually low blood pressure and hypotension, both problems which would result in her experiencing dizziness.
Prosecutor on leave
Meanwhile, the prosecutors' office spokesman Fred Lin said the chief prosecutor in the state affairs fund case, Chang Hsi-huai, will be sent on leave ahead of today's court hearing. Prosecutor Eric Chen (陳瑞仁), who issued the indictment against the first lady, and who some pan-blue supporters have called to become more involved in the case, will not be replacing Chang as the chief a four-prosecutor team to debate with defense attorneys of the case, the Taipei District Prosecutors Office confirmed.
Lin noted that in following the doctor's professional suggestion, the office would allow Chang to rest for three days at home.
Local media reported that on Tuesday, Chang was heard shouting out while in his personal office at the district prosecutors office. Some television reports even said Chang swept the contents off his desk onto the floor in frustration. Doctors thought that temporary pressure and overwork may have led to the prosecutor's emotional outburst as well as his abnormal behavior and recommended him to rest at home.
Lin stressed that for the time being, the prosecutors office has no plans of requesting Eric Chen or any other prosecutor to replace Chang in the high-profile corruption case, and hopes that Chang well recover and return as early as possible.
Chang will still be commissioned to assume the heavy responsibility of attending court hearings on Wu's trials after he returns, the spokesman added.
Eric Chen said that yesterday afternoon he had a meeting with the four prosecutors that will present the indictment against Wu in court today to discuss litigation strategies with them.
The four prosecutors include Yang Rong-tsung, Chou Shih-yu, Lin Ta and Chang Yu-ning. Lin reportedly will play the role of chief prosecutor in the legal battle today.