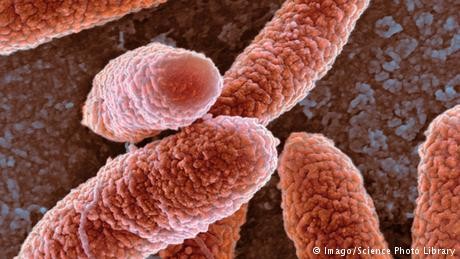 A study by the European Centre for Disease Prevention and Control (ECDC) estimates that around 33,000 people in the EU die each year after becoming infected with antibiotic-resistant bacteria.

The analysis, published in the journal Lancet Infectious Diseases, warned that the burden of these pathogens is similar to HIV, flu and tuberculosis combined.

"Infections due to antibiotic-resistant bacteria are threatening modern healthcare," the researchers wrote. They tracked a significant increase in the toll from 2007, when there were around 25,000 deaths.

Infants and the elderly were most at risk, with three quarters of infections contracted in hospitals and health clinics. The researchers also recorded vast differences between European countries.

Differences across the EU

The ECDC study used data from 2015 and looked at five types of infections caused by antibiotic-resistant bacteria in the European Union and the European Economic Area.

Greece and Italy were by far the hardest hit, while infection rates were lower in northern European countries. In Germany, for example, there were just fewer than 55,000 drug-resistant pathogen infections and nearly 2,400 deaths.

Healthcare experts have long warned of the dangers posed by the rise of so-called "superbugs" — bacteria that are able to withstand even the most powerful antibiotics that are used as a last resort in cases where no other treatment options remain.

"When these are no longer effective, it is extremely difficult or, in many cases, impossible to treat infections," the ECDC said in a statement cited by Reuters.

The study's authors stressed that tackling this immense health challenge will require coordination at an EU and global level, as well as "prevention and control strategies that are tailored to the needs of each country."

DW editors send out a selection of the day's hard news and quality feature journalism. You can sign up to receive it directly here.