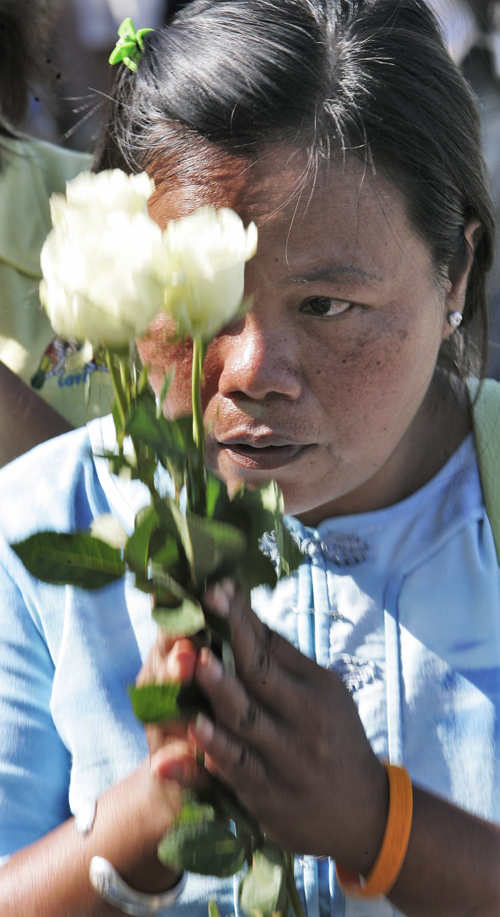 The United States and six European nations have urged Thailand to probe an alleged misuse of donations to fund identifying victims of the 2004 tsunami, a newspaper reported and officials confirmed.
The Nation newspaper quoted an unnamed diplomat as saying more than half of the 60 million baht (US$1.7 million) given by Britain, Finland, France, Germany, Sweden, the Netherlands and the United States, were wasted and disguised as other costs.
"To be frank, someone has stolen our citizens' money," the daily quoted the diplomatic source as saying.
The money was contributed to finance what has been called the world's biggest forensic investigation, in which Thai and foreign experts worked together to identify almost 6,000 people killed two years ago in the tsunami, which left nearly 3,000 missing.
The Thai police took over the identification process in January after most international experts ended their role.
The Nation's Web site, www.nationmultimedia.com, also ran a letter co-signed by seven top envoys requesting national police chief General Kowit Wattana to hire a private accountancy firm to audit the use of the funds, which would be paid by Washington.
"We are sure you would agree that any such misuse would be an especially sensitive and distressing matter for us all, given the generous-spirited and cooperative nature," of the disaster victim identification operation, said the letter dated November 22.
U.S. and Thai officials confirmed the content of the letter, but national police spokesman General Ajiravid Subarnbhesaj said the misuse of the money was a misunderstanding by some diplomats and the Royal Thai Police welcomed an independent audit.
But General Kowit told reporters he would appoint one of his deputies to lead a police panel, which would probe the use of the funds over the past two years.
"Everything must be transparent," he said.
In the letter, the envoys also urged the police to complete a DNA analysis of claimed and unidentified bodies, which could speed up the identification process of about 400 unidentified bodies.
They said some of the 2,000 bodies released to families of the victims in the first 10 days of the disaster wer mistakenly claimed and the police should finish analyzing the DNA samples of the released bodies.
"We appreciate the many pressures on all involved, but we would urge that this process be completed now with the greatest possible speed," the envoys said in the letter.
Early this month, the last 110 unidentified bodies of tsunami victims were buried in a cemetery in Phang Nga, the southern province hit hardest by the tsunami, after another 300 were buried in the same cemetery over the past two months.
Thailand's official death toll in the Indian Ocean disaster is 5,395, half of them foreign tourists.