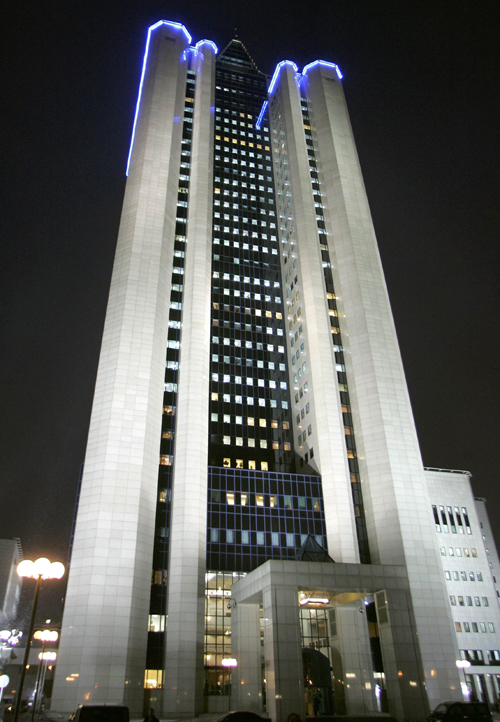 Russia and Belarus stood their ground in a deepening dispute over natural gas prices, with Russia's state-run gas monopoly OAO Gazprom setting the clock ticking toward a January 1 supply cutoff if the neighboring nation does not agree to pay more.
Belarus warned Wednesday that a suspension of supplies could jeopardize deliveries of Russian gas across its territory to Gazprom clients in European Union member states - a threat targeting Russian's concerns of a repeat of the blow its image suffered when a cutoff of deliveries to Ukraine a year ago led to brief supply disruptions in Europe.
Gazprom, which is demanding that Belarus pay more than twice the current price for gas next year and hand over a 50 percent stake in its gas distribution system, refused to back down despite the threat from Minsk.
"If a gas supply contract for next year is not reached, Gazprom will have no grounds for deliveries of gas to Belarus as of 10 a.m. Moscow time on January 1, 2007," Gazprom chief Alexei Miller said in televised comments.
Miller said that Gazprom would supply gas for European consumers to the Russia-Belarus border in full compliance with its contracts. But he also said the company sent letters to Germany, Poland and Lithuania informing them about "the developing situation regarding gas supplies to Belarus," suggesting it may fear disruptions in deliveries to those countries.
About 30 percent of Russian gas supplies to Europe transit through Belarus, much of it to Germany, Poland and Lithuania.
Gazprom officials had threatened to halt supplies meant for Belarusian consumption if no contract was signed before the existing one expires December 31, but Miller's comments marked the first time the company named a specific hour. He said fresh talks Wednesday had failed, blaming what he called Belarus' "destructive position."
The remarks came after Belarusian First Deputy Prime Minister Vladimir Semashko shrugged off the threat of a suspension, warning that Gazprom relies on Belarus for transit to Europe and could not risk the international criticism it faced during the Ukraine dispute.
Russia, the world's largest gas producer, provides a quarter of Europe's gas consumption.
"I don't think Gazprom will resolve to cut off gas to Belarus - they shouldn't step on the same rake twice," he said.
"We are interconnected," Semashko said after unsuccessful talks Tuesday with Miller. "I have no contract with Mr. Miller on deliveries to Belarus from January 1, and Mr. Miller has no contract on transit through Belarus."
Gazprom spokesman Sergei Kupriyanov said the company, which initially insisted Belarus pay US$200 per 1,000 cubic meters of gas next year but is now asking for US$105, is not prepared to go lower.
"Gazprom is not Santa Claus," he said in televised comments.
The head of Gazprom's export arm, Alexander Medvedev, said the company would seek to ensure that European customers would not face supply shortages if Belarus hindered the transit of Russian gas.
However, Interfax quoted him as saying that if Belarus were to siphon off the full amount it normally received for its own consumption, "it would be impossible to fully compensate ... especially over a long period."
Russia supplies Belarus about 20 billion cubic meters of gas annually, and Semashko said that 44 billion cubic meters are expected to transit through Belarus to Europe next year.
Early in 2006, Gazprom had to pump additional gas to Europe to make up for supply shortages caused by its cutoff of gas to Ukraine, which was accused of skimming off Russian gas bound Westward.
Belarus now pays US$47 per 1,000 cubic meters. Russia supplied gas to ex-Soviet states at below-market prices for years after the 1991 Soviet collapse, but now wants to sell all its gas at world prices.
A higher price would be a blow to Belarus' Soviet-style state-run industries, whose financial health - and, in turn, a portion of longtime President Alexander Lukashenko's popularity - depends on cheap gas.