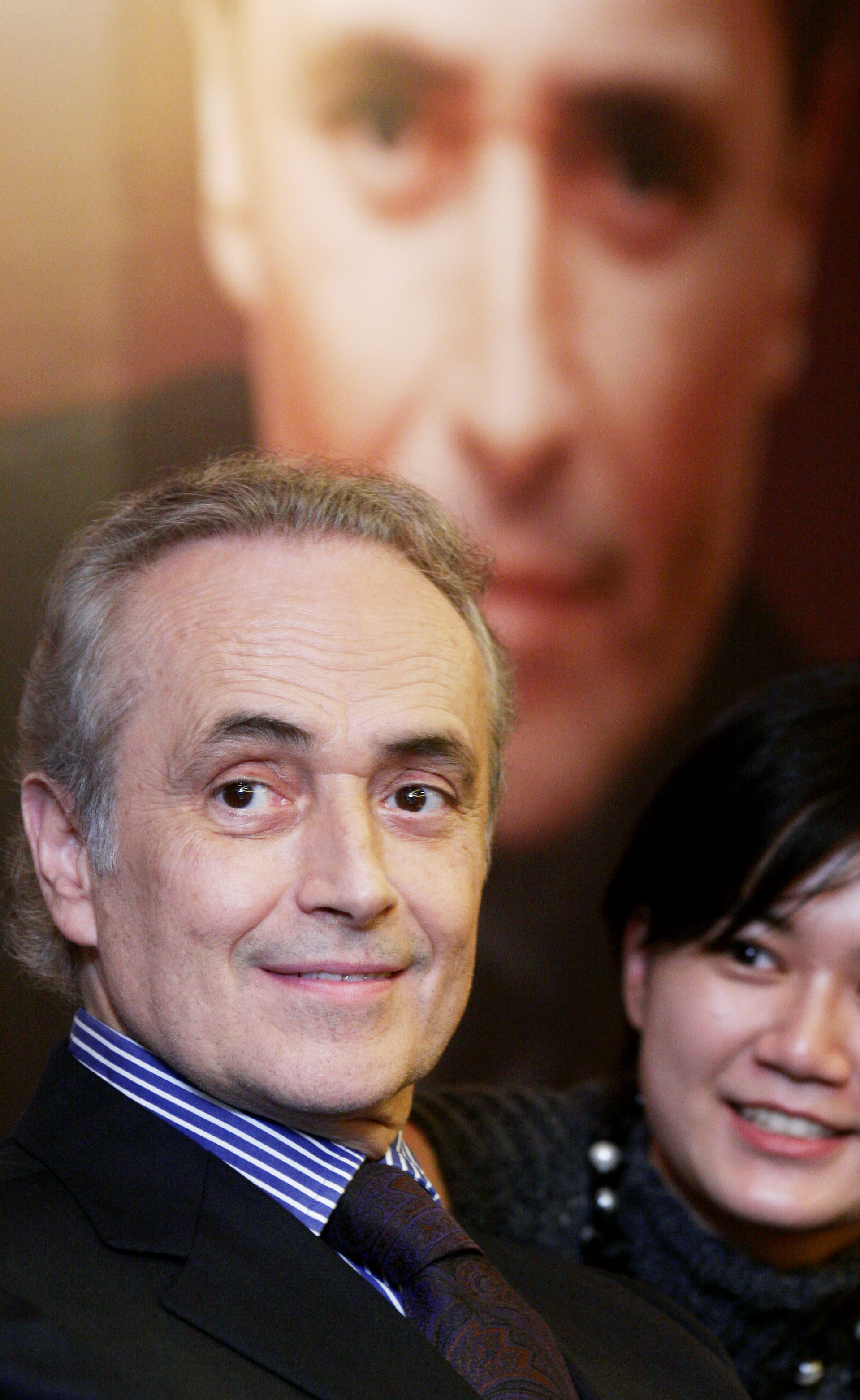 Thousands of world-class tenor Jose Carreras' fans are expected to turn up at the Taipei Arena on New Year's Eve and join him during the countdown to send off the old year and welcome the year 2007.
This will not be the first time for Carreras to be working on the last day of the year. As he put it yestrday, "I have done it many times on New Year's Eve but not on Christmas Eve."
In fact, the Barcelona-born tenor said: "I am open to suggestions on how to capture those magic moments during the countdown."
Carreras, the song artist for a special occasion, added though: "There are a few suitable songs for the countdown. 'Brindisi,' the drinking song for a duet and chorus from Verdi's 'La Traviata' is one example. I have sung it on such an occasion in the past."
As a Spaniard, he described how his countrymen celebrate the arrival of the new year: "New Year's Eve dinner is from 9 p.m. to midnight. With every stroke of the clock during the countdown, you pop a grape into the mouth."
Jose Carreras, one of the Three Tenors, will sing his heart out at the Taipei Arena starting at 10 p.m. on New Year's Eve, December 31. The program, which is to be interrupted for the countdown, will continue till about 1 a.m. on January 1, 2007.
Soprano Giorgia Fumanti will be featured in duet numbers with the Spanish song artist. She said yesterday that this opportunity to perform with Carreras is a most wonderful gift. Carreras also brought conductor David Gimenez.
To back up the Barcelona-born Carreras are the Evergreen Symphony Orchestra, the National Experimental Chorus and the Tunhua Primary School Chorus.
Carreras turned 60 only last December 5. He sang in celebration of his 60th birthday milestone at the Albert Hall in London last December 12. The tenor gave a Christmas Day performance in Japan before flying with his wife to Taipei on December 27.
Of his future, Carreras said: "New recordings are planned. And I would like to go on singing in concerts for a few years more."
He also cited special interest in seeing through one plan: "As my roots are in the opera and on the stage, I am going to sing in an opera production with a great score - Eugen D'Albert's 'Tiefland.' The opera is based on a Catalan play titled 'Terra baixa' by Angel Guimera. As a kid, I used to watch the play. The opera has a demanding role for a tenor."
Carreras will likewise continue to work on a project close to his heart and that is to help leukemia patients through a foundation.
"And I want to spend time with my family and my wife," he pointed out. "I want to have a personal life besides my career."
According to promoter Niu Hsiao-hua, this is the 7th or 8th Taiwan visit of Carreras. He first came in 1991.
The Taipei program will be full of familiar Christmas songs such as "Adeste Fideles," "O Holy Night," "The Drummer Boy," "I'll Be Home for Christmas" and "White Christmas."
The National Experimental Chorus will be collaborating with Carreras for the third time. Their voices will be heard in "Adeste Fideles," "Pregaria," "O Holy Night," "The Drummer Boy," "I'll Be Home for Christmas" and "White Christmas." The Tunhua Primary School Chorus has been rehearsing "O Panis Angelicum" also for the concert.
Meanwhile the Evergreen Symphony Orchestra accompanied Italian tenor Luciano Pavarotti at his last big public concert, which took place in an open-air stadium in Taichung last year.
Tickets to the Jose Carreras concert cost from NT$1,200 to NT$4,800. Call tel. (02)87121986.