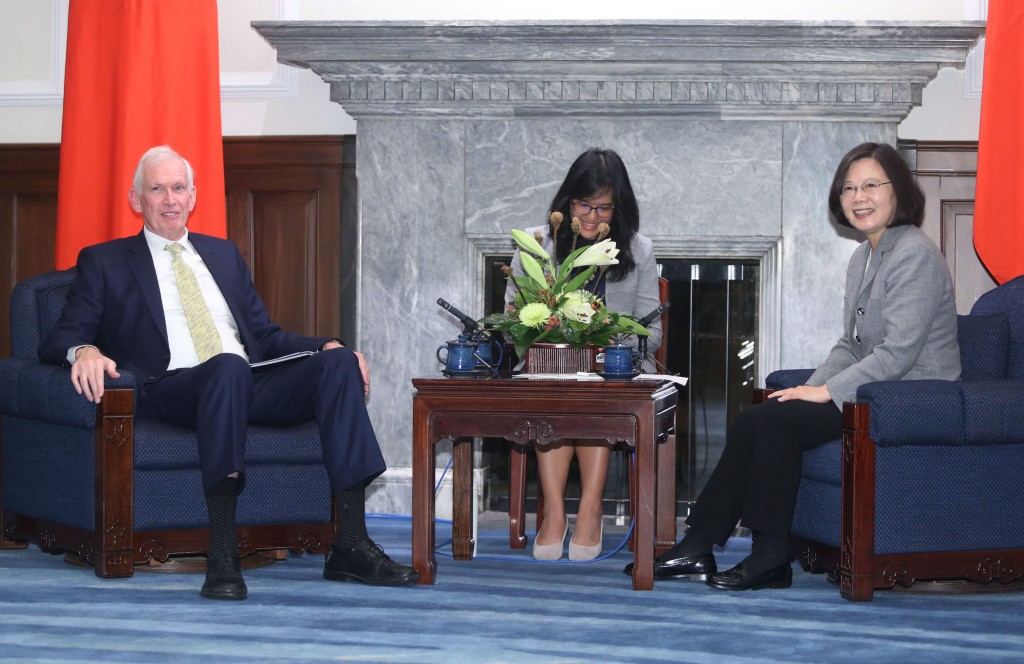 Moriarty said he believes Taiwan and the U.S. can work together and show the world why the U.S. views Taiwan as a key partner in Asia, and a force for good in the world.

Moriarty who is based in the U.S., is currently visiting Taiwan to participate in a planning committee for next year’s Taiwan-U.S. Global Cooperation Training Framework event.

During the meeting, Tsai said “In the Indo-Pacific region, we have never stopped contributing,” pointing to Taiwan’s improved ties to the region through its New Southbound Policy, according to CNA.

As a responsible member of the international community, Tsai outlined Taiwan’s efforts to improve its national defense autonomy. She added that Taiwan is pleased with continued Taiwan-U.S. military cooperation, as exemplified by the recent US$330 million (NT$10.2 billion) sale of spare parts for Taiwan’s F-16 fleet and other aircraft.

Tsai added that senior U.S. officials have repeatedly told her that they will work to enhance Taiwan-U.S. security cooperation in the future.

“We also look forward to the U.S. and other countries to continue to work with us to create a more stable and prosperous future for the Indio-Pacific region," said Tsai.

Moriarty said recent times have seen Taiwan-U.S. cooperation progress in several areas, including security, trade, commerce, and people-to-people ties, suggesting this cooperation was based on shared interests and values.

Next year will mark the 40th anniversary of the founding of the AIT and the Taiwan Relations Act. Moriarty said he looks forward to continued cooperation between Taiwan and the U.S. 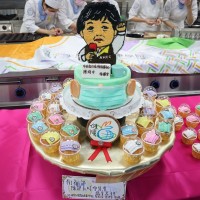