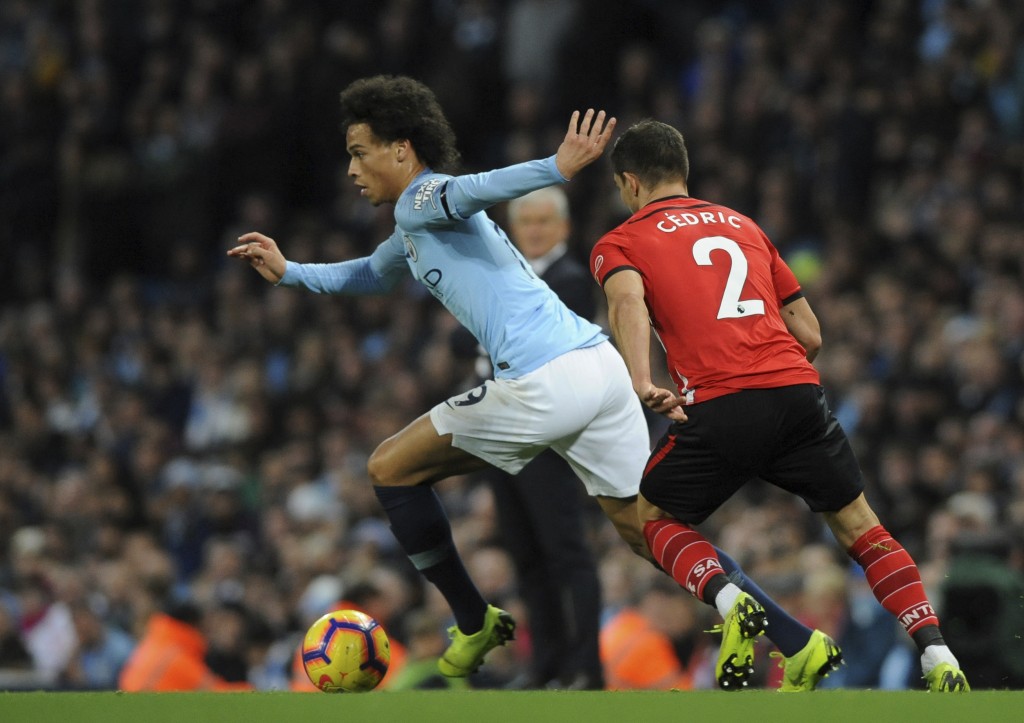 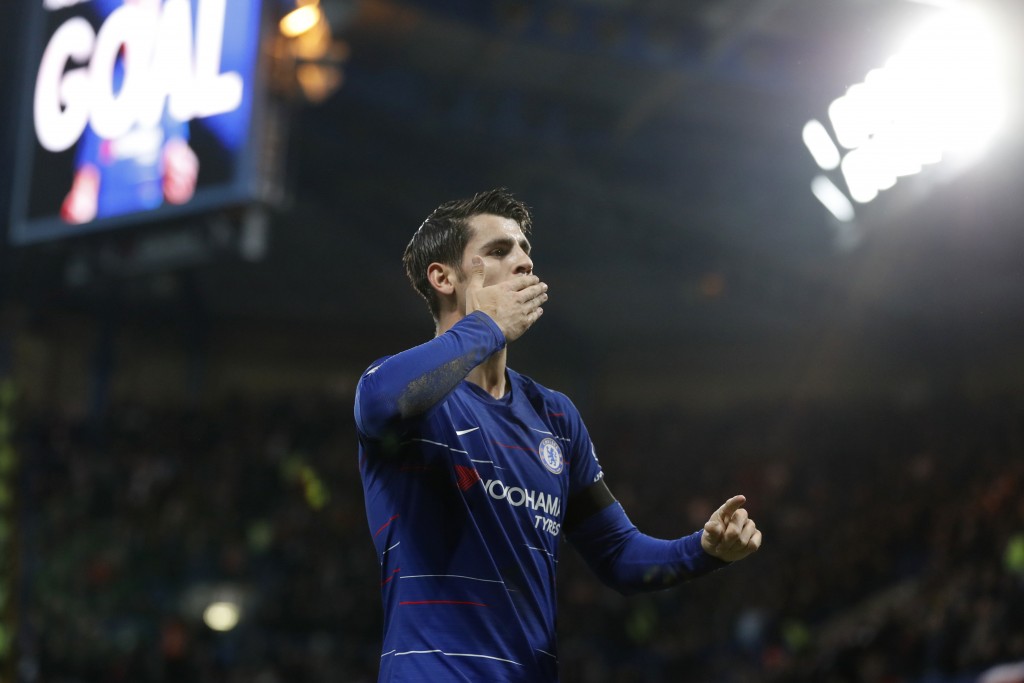 Raheem Sterling scored twice and goal-poacher Sergio Aguero was also on target as City marched back to the top of the standings with a 6-1 victory against Southampton at the Etihad Stadium.

Guardiola's players punished almost every mistake made in the opening stages by a beleaguered Southampton side as they led 3-0 after just 18 minutes.

The visitors pulled one back with a penalty but it proved a minor setback for City, which again dominated Southampton in the second half.

"I thought it was a great team performance," Sterling said. "We were brilliant at times today. It is great times at the moment."

In Sunday's other game, second-place Chelsea breezed past Crystal Palace 3-1 at Stamford Bridge.

City needed only five minutes to take the lead against Southampton, Wesley Hoedt putting through his own net following a neat move involving Aguero, David Silva and Leroy Sane.

Sterling then quickly laid on the second as Aguero became the ninth player to reach the landmark of 150 Premier League goals.

It was proving a nightmare return for Southampton manager Mark Hughes, who was in charge at City between 2008-09, as his side conceded a third goal when Sterling supplied a cross and David Silva lashed the ball home.

Southampton, without a win in six league games, replied in the 29th when Danny Ings was brought down in the box and picked himself up to stroke the penalty past goalkeeper Ederson.

But City restored its three-goal cushion on the stroke of halftime with Aguero taking advantage of a mistake by Cedric Soares and crossing for Sterling to get his fifth league goal of the season.

Sterling added his second of the game midway through the second half before Sane completed the rout in stoppage time.

"We played excellently without, and especially with, the ball," Guardiola said. "We were aggressive in the final third, but we were lucky to score the goal in the last minute of the first half. The game was not over. Southampton created more chances than most teams this season."

Unbeaten Chelsea made a slow start but Morata cheered the Stamford Bridge crowd by putting his side in front from close range in the 32nd after pouncing on a cross by Pedro.

Palace, beaten in its previous five league matches, leveled early in the second half when James McArthur sent Andros Townsend racing clear and he slammed a ferocious right-foot shot into the net.

Chelsea reacted by bringing on dangerman Eden Hazard and Mateo Kovacic for Willian and Ross Barkley, and within minutes the home team was back in front.

Hazard took a free kick on the right and the ball eluded several players in the penalty box before reaching the unmarked Morata at the back post, and he struck his fourth goal in his last four league games.

Pedro added the third goal from a left-wing cross by another Spaniard, Marcos Alonso, in the 72nd as Chelsea moved on to the same points tally as Liverpool, two behind City.

"We were a little bit in trouble, so we needed some quality and personality," Chelsea manager Maurizio Sarri said of his decision to bring on Hazard as a substitute. "We were lucky because we had Eden on the bench. He was able to immediately change the match.

"In the first 15 minutes of the second half we were not compact. In the defensive phase we need to improve. When we can't cover the ball in the opponent's half we are in trouble."