Alongside basketball, baseball is the national sport, and any Taiwanese player who makes it into Major League Baseball is automatically a household name here. Those that win a World Series are automatically elevated to level of icons.

Taiwan does not have a particular reputation for generating international sports stars. However, if you actually look around, there are quite a number that have made it to the top of their sports and become famous for their achievements both in Taiwan and beyond.

In this article, we are going to highlight a few of Taiwan’s most famous international sporting stars. Have we missed anyone who deserves a place on this list? If so, tell us who you would have included via our Facebook or Twitter pages. Lin Tzu-Wei is the new Taiwanese baseball star, but he is still only the second player to win a World Series ring. The first was Wang Chien-Ming. He earned his MLB career the hard way, signing for the New York Yankees as an amateur free agent and spending five years working his way through the minor leagues as a pitcher. He made his MLB debut in 2005, but after two strong seasons, injuries hampered his progress. His World Series ring was won in 2009, but like Lin, Wang was not able to contribute on the field in post-season as a shoulder surgery saw him ruled out.

After being released by the Yankees in 2009, Wang went on to play for the Washington Nationals, Toronto Blue Jays, and the Kansas City Royals, as well as various other minor league clubs. Despite not playing in the World Series, Wang is still massively famous in Taiwan, and last month a documentary film about his career, entitled "Late Life," was released in Taiwan. Taiwanese athlete Chi Cheng is often referred to as the greatest Asian female sprinter of all-time. She was born in 1944 in Hsinchu, but studied at the California State Polytechnic University, Pomona, where she also trained as an athlete. During her university years, her potential was obvious as she won no fewer than four U.S. national championships. She competed for the Republic of China in the 1960 and 1964 Olympic Games, but the highlight of her career was undoubtedly the 1968 Olympic Games in Mexico City where Chi won a bronze medal in the women’s 80-meter hurdles.

She is rightly remembered for a lot more than that one medal won. In a glittering career, she won a total of 77 gold medals in international competitions, including in the Long Jump at the 1966 Asian Games and the 100 meters at the 1970 Asian Games. She also set seven world records and 44 Asian records during her career. Her time of 10.10 seconds for the 100 yards, which was set in 1970 went unbroken for 40 years. After retirement, Chi returned to Taiwan where she held senior roles in the Republic of China Track and Field Association for more than 20 years, and she even served for three terms in the Legislative Yuan. She also served as a National Policy Advisor under President Ma Ying-jeou (馬英九) and was retained by President Tsai Ing-wen (蔡英文). Taiwan’s female golfers have enjoyed much more success on the international stage than their male counterparts, but the most successful us undoubtedly Yani Tseng. She was born in 1989 in the Guishan District of Taoyuan, and her career began with success at amateur level. She won the 2004 U.S. Women's Amateur Public Links, and was Taiwan’s top female amateur golfer between 2004 and 2006. After turning pro in 2007, she competed in the Asian and Canadian golf tours. The following year she won the first of her five major titles at the LPGA Championship. That title made her the first Taiwanese golfer and the second-youngest player ever to win an LPGA major.

More major success would follow. In 2010 she won both the Kraft Nabisco Championship and the Women’s British Open. That made her the youngest player in the modern era to win three majors. The following year she won the LPGA Championship again and also retained her Women’s British Open crown. She has also won 10 other LPGA Tour events, and in 2012 she was featured in Time magazine’s list of the "100 Most Influential People in the World." Tai Tzu-ying was born in Kaohsiung City in 1994 and grew up in a badminton-mad family. She enjoyed success at a young age, becoming Taiwan’s number 1 female player at just sixteen-and-a-half years old. In 2016, at the age of 22, she reached the top of the world rankings, a position she held for 67 consecutive weeks until August of this year.

In 2011, Tai won her first international title, the US Open Grand Prix and has gone on to dominate female badminton. She has won two World Superseries titles, three Hong Kong Opens and three Chinese Taipei Opens among many other ranking titles. In 2017, she won gold at the Summer Universiade in Taipei and also triumphed in the Asian Championships. She defended that title this year and also added her first Asian Games gold medal too. Tai is still just 24 years of age and ranked world number one again. Her dominance of her sport could continue for many more years. Jeremy Lin is far from the most successful Taiwanese sports star in the world, but as the first ever Taiwanese player to grace basketball’s NBA, he has become a huge star both here and in the USA. That fame largely boils down to "Linsanity," the short period in 2012 when a purple-patch of form saw him lead the New York Knicks on a winning run, capturing the imagination of fans in the USA, Taiwan, and beyond. Lin was actually born in the USA to Taiwanese parents and first made his name in basketball at Harvard University where he was three-time Ivy League All-Conference player. He went undrafted, but ended up with the Knicks after short and unsuccessful spells with Golden State Warriors and Houston Rockets.

After the Knicks went on a run of 11 losses in 13 games, Lin was brought into the line-up out of desperation, and he excelled as his aggressive style propelled the team to 9 wins in his first 12 starts. After that golden period, Lin has become something of a nomadic player, with spells at the Houston Rockets, LA Lakers, Charlotte Hornets, and Brooklyn Nets under his belt. He is currently with the Atlanta Hawks. Lin has only appeared in the NBA playoffs on three occasions and never got close to winning them. But despite his modest success on the court, he is undoubtedly one of the most famous Taiwanese sports stars ever. 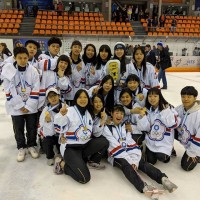 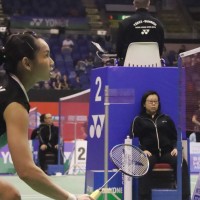