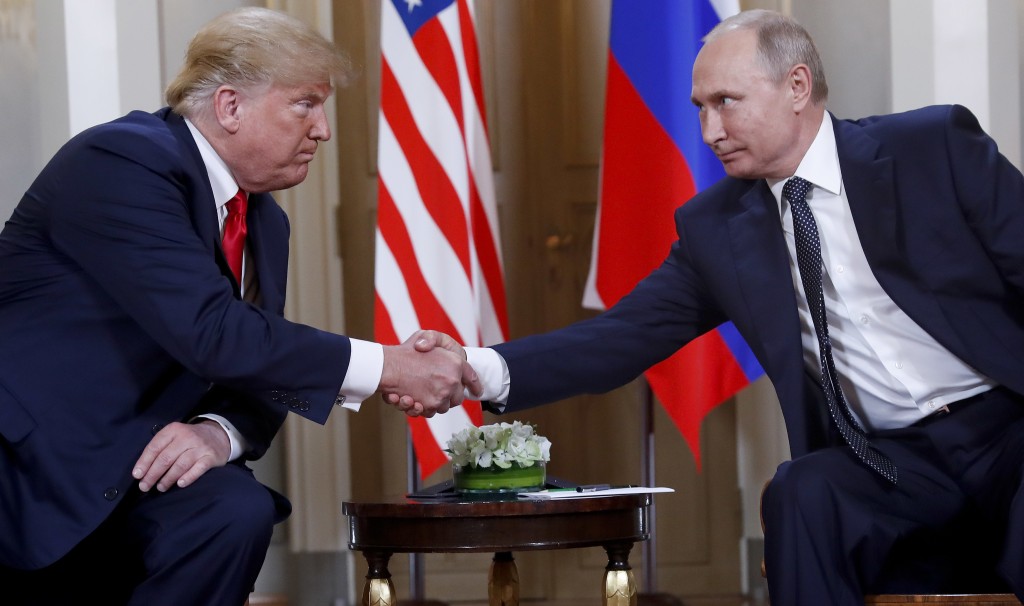 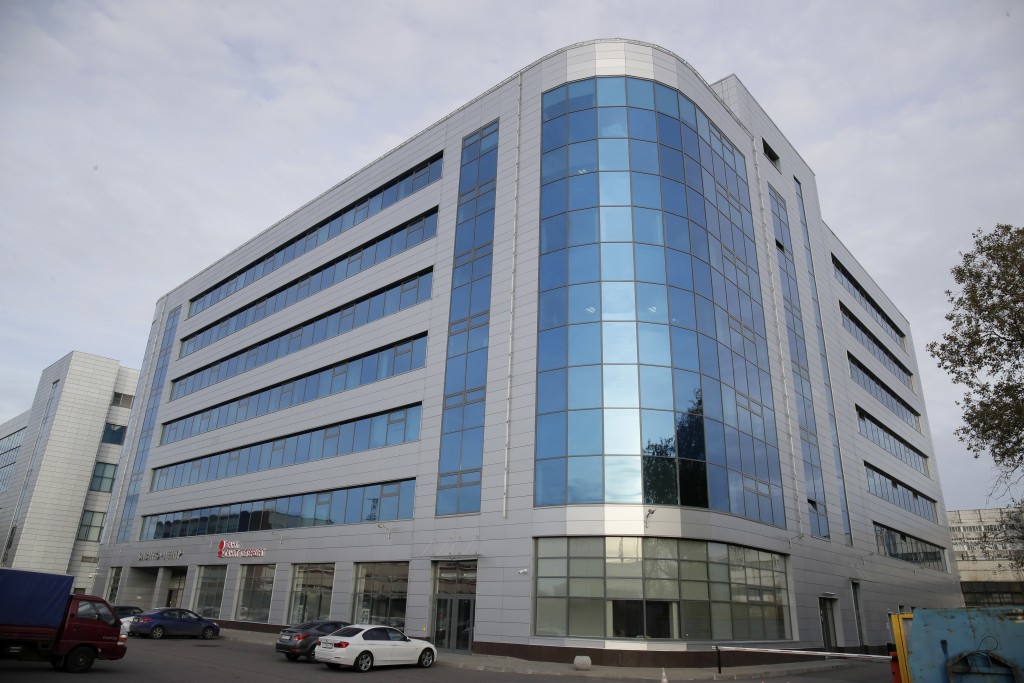 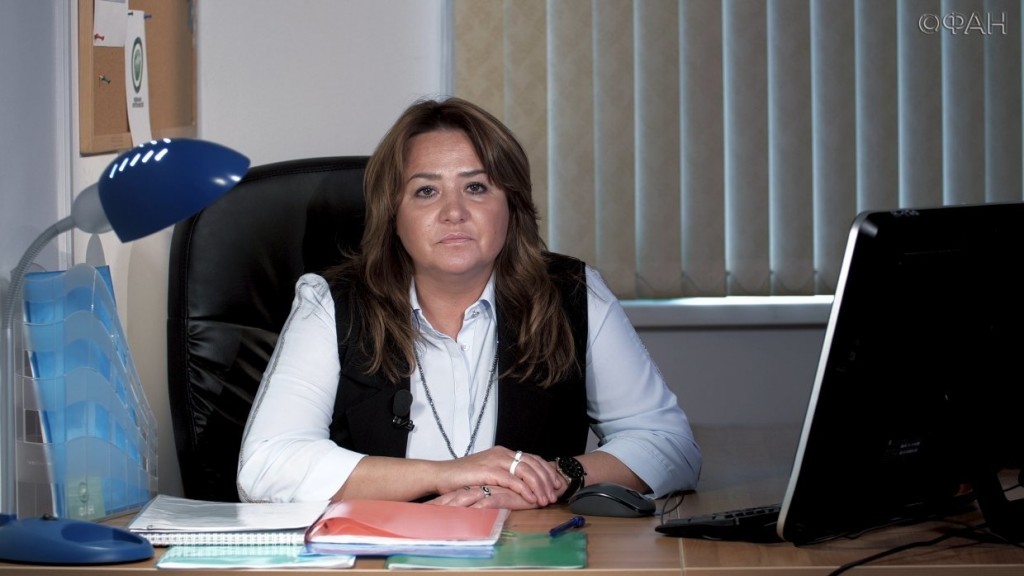 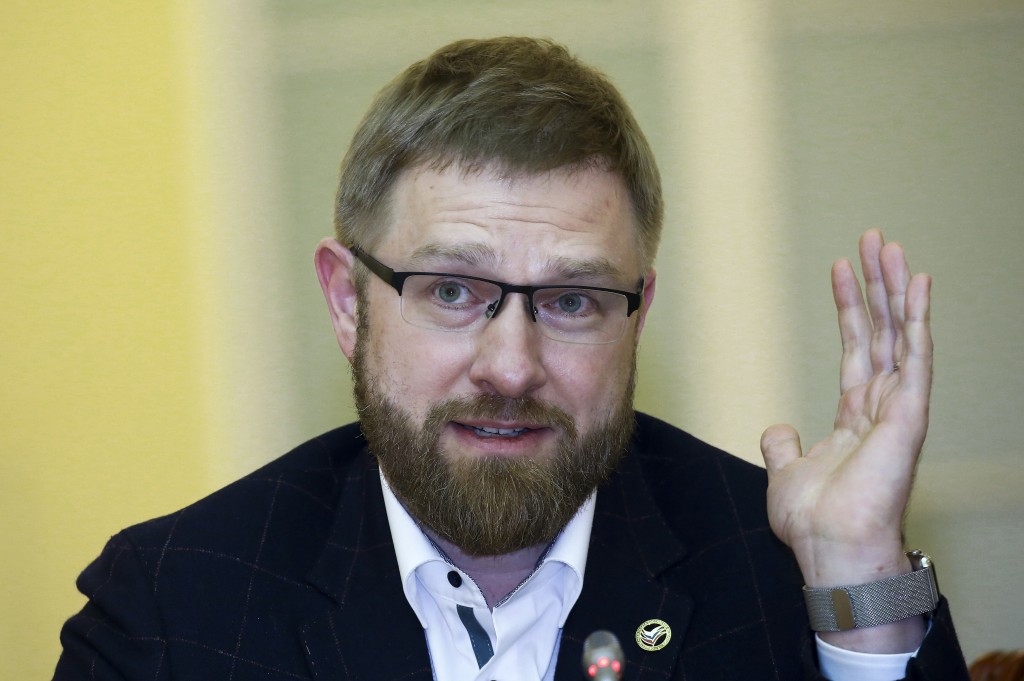 As Americans prepare for another election, Russian troublemakers have again tried to divide U.S. voters and discredit democracy.

The activity appears focused on abuse of social media, through American-looking posts and sites, instead of big cyberattacks or disrupting voting systems. So far, it's more modest than the influence campaign Russia is accused of carrying out in 2016, and Russia is not alone — it's just one source of online manipulation ahead of Tuesday's election.

Russia denies interference, and may not be able to affect the outcome anyway, but has reason to be interested in the election result.

U.S. officials and tech companies are trying to improve election security and fight disinformation campaigns online. Here's what they say the Russians have been up to:

One Russian has been charged so far by U.S. officials of interference in 2018 election campaign: Elena Khusyaynova, a bookkeeper with the Internet Research Agency, the "troll factory" accused of manipulating the 2016 U.S. campaign.

Khusyaynova is accused of a covert social media campaign for both the 2016 and 2018 votes in the United States. The criminal complaint says she began buying social media ads in 2015, including on Facebook and Instagram, and spent on internet services including VPNs, which help mask online activity. Khusyaynova also purchased social media analytics products, which gauge the performance of online postings, and paid bloggers and U.S.-based activists.

The proposed operating budget she oversaw was more than $35 million from January 2016 through June 2018 — including $10 million for the first half of this year, the complaint says.

It is unclear how many Americans saw postings financed by Khusyaynova's activity.

The Russian troll factory's owners, the Federal News Agency, registered three domain names in April aimed at the U.S. market, according to the SPARK-Interfax database. The websites all lead readers to a site called USAReally, aimed at showing American audiences news that has been "hushed up" by the mainstream media.

Its readership remains small, in the tens of thousands, which Malkevich blames on "censorship" by Facebook and Twitter. It is trying to amplify its voice via links on other media.

In recent days, its focus has been on the migrant caravan weaving through Latin America, on tight congressional races — and on an effort to recruit Megyn Kelly, whose show on NBC was canceled amid controversy over her comments on blackface Halloween costumes.

Even after the February indictment by U.S. authorities of a dozen Russians linked to the Internet Research Agency, it continued to work on tricking U.S. audiences — including seeking to mobilize activists to participate in street demonstrations.

Twitter last month released millions of tweets and other content targeting Americans that it said came from the IRA, both from the 2016 race and continuing through the summer of 2018, well into the U.S. midterm campaign.

Examples of tweets include those from the account @TEN_GOP, which pretended to be Tennessee's Republican party, and posted a photo of then-FBI Director James Comey with the words "resign now."

In August, Facebook and security firm FireEye revealed influence campaigns on the social network originating in Russia and Iran. Experts say Russia's alleged actions in the 2016 U.S. election may have encouraged Iran to follow suit.

Microsoft executives said recently that the company had detected attempts by Russia's GRU military intelligence agency to hack into the campaigns of two senators, and disabled Russian-launched websites disguised as U.S. think tanks and Senate sites.

One attempt involved Democratic Sen. Claire McCaskill of Missouri, who is seeking re-election in a state that voted overwhelmingly for Trump in 2016. Microsoft identified an attempt to steal the password of at least one McCaskill staffer through a fake Senate login website, in the most notable instance of attempted campaign meddling by Russia made public this year.

It's not clear whether Russians are again targeting U.S. voting systems. U.S. officials have said that before the 2016 general election, Russian agents probed at least 21 state election systems.