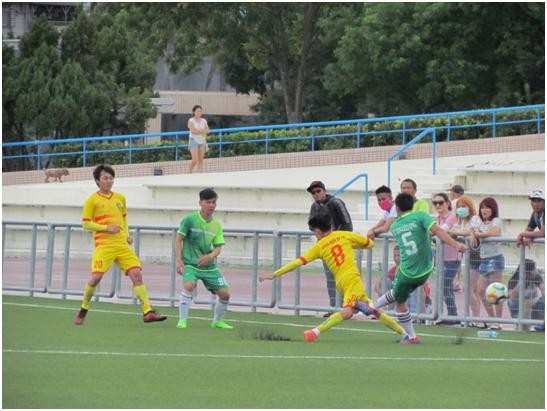 Taipei, Nov. 4 (CNA) The new head of Taiwan's football association is looking forward to amateur football matches played by migrant worker teams becoming regular fixtures because the workers' passion toward the sport can help strengthen its development in Taiwan.

Chiou I-jen (邱義仁), the new president of Taiwan's Chinese Taipei Football Association (CTFA), told CNA on Sunday he is open to the idea of amateur migrant workers' football teams competing in local tournaments organized by the CTFA in the future.

"One of my goals (during my tenure) is to systematize existing amateur football games and tournaments held in Taiwan," Chiou said, which would include migrant worker teams and leagues participating in local tournaments if they are interested.

The details of such a proposal, however, still have to be discussed, he said.

Noting that football is popular in many Southeast Asian countries, the largest source of Taiwan's migrant workers, Chiou said these foreign nationals are extremely passionate about the sport.

They come from countries that have better football environments than that of Taiwan, which would make a difference here, he argued.

"Even though they are not professional players, their devotion to the sport in Taiwan will definitely help the sport's development locally," he said.

Chiou made the comments on the sidelines of an international immigrant football competition in New Taipei's Xinzhuang Sports Complex on Sunday.

Chiou opened the championship game of the tournament, which featured amateur teams composed of foreign nationals from across Taiwan.

According to Hsu, Vietnamese migrant workers are the No. 1 football fans in Taiwan. They have organized 25 to 30 teams themselves with the help of Taiwan-based overseas Vietnamese associations, and regularly hold training sessions and matches as a way to bring people together.

Thailand and Indonesia love football too, with some five Thai teams in the country, but they lack a single organization to help bring teams together, she said.

She proposed having Taiwan's CTFA help gather these teams for regular tournaments.