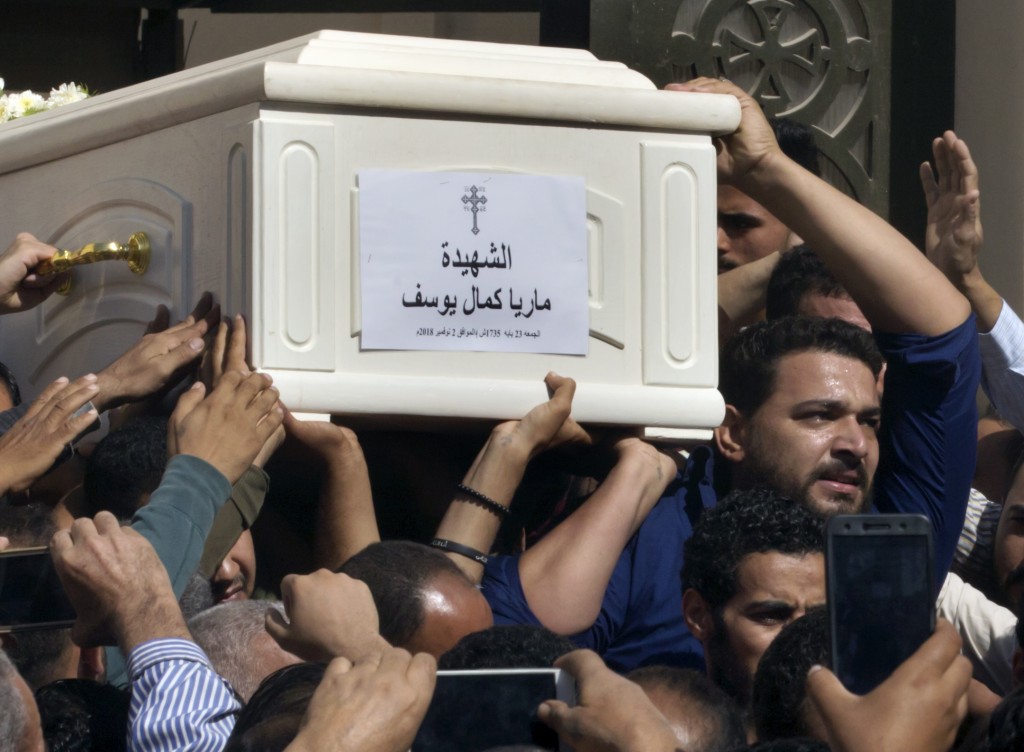 CAIRO (AP) — Egypt says security forces have killed 19 militants in a shootout, including the gunmen suspected of killing seven Christians in an attack on pilgrims traveling to a remote monastery.

The Interior Ministry said Sunday the militants were tracked to a desert hideout west of the central Minya province, where Friday's attack took place.

The ministry published photographs purporting to show the bodies of the slain militants. It says the men opened fire when security forces surrounded them.

Friday's attack was the second in as many years to target pilgrims on their way to the monastery of St. Samuel the Confessor. A May 2017 attack left 29 dead.

Christians make up about 10 percent of Egypt's 100 million people and have long complained of discrimination.