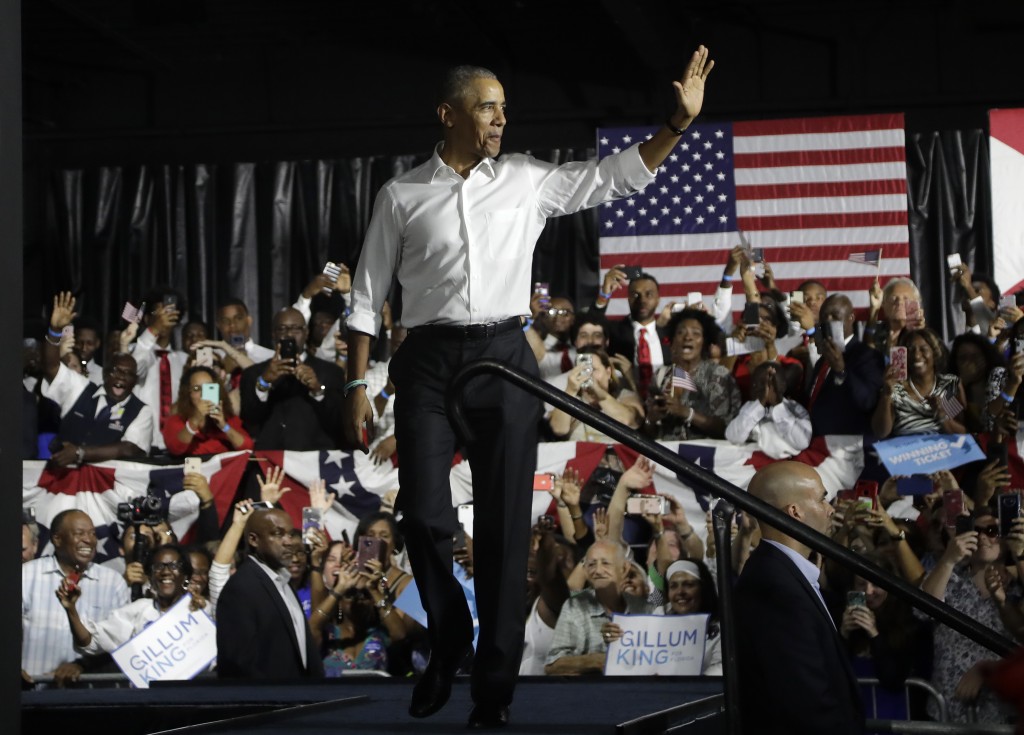 Obama told a capacity crowd at the gymnasium of Atlanta's historically black Morehouse College that voting for Abrams is a way to choose a prosperous and generous vision of America.

Atlanta was part of a two-stop day for the nation's first black president on behalf of potentially history-making candidates.

Abrams would be the first black woman to lead any American state. Obama was in Florida earlier Friday for Andrew Gillum, who would be his state's first black governor.