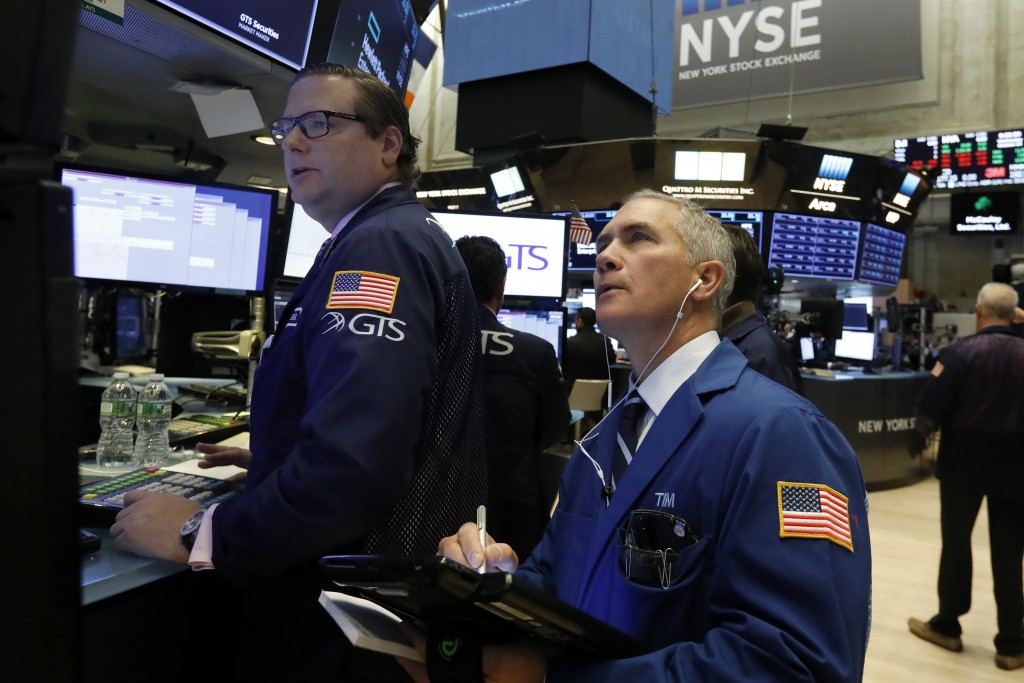 NEW YORK (AP) — U.S. stocks are rising Friday after the federal government said employers added 250,000 jobs in September, far more than analysts expected. Hourly pay jumped 3.1 percent, the most since the beginning of 2009.

Companies including Starbucks and Symantec are climbing after their third-quarter reports as the market continues to recover from its plunge in October, but Apple is sinking after its sales and forecasts fell well short of Wall Street's forecasts.

The S&P 500 has rallied 4 percent since Monday's close, but would have to rise another 6.6 percent to match the all-time high it reached on Sept. 20.

JOBS, JOBS, JOBS: The Department of Labor said U.S. employers continued to add jobs at a quick clip in September, with no sign that hiring was going to slow down. The proportion of Americans with jobs is at its highest level since January 2009, and the monthly increase in pay was also the largest since then. Along with high consumer confidence, those are all good signs for economic growth and consumer spending in the months to come.

Bond prices dropped. The yield on the 10-year Treasury note rose to 3.18 percent from 3.14 percent.

APPLE CORED: Apple's sales in its latest quarter and its estimates for the holiday season both disappointed experts. The tech giant also surprised investors by saying it will no longer disclose the number of iPhones it sells each quarter. Apple was unique among big smartphone makers in saying how many phones it sold and what the average price was. Apple gets most of its revenue from iPhone sales and lately it's boosted its profits by selling higher-priced models.

The unexpected change raised suspicions that Apple might be trying to mask a downturn in the phone's popularity. The company says the quarterly numbers and prices didn't necessarily tell investors how strong its business has been.

TRADE UPDATE: The governments of the U.S. and China both said they were making some progress in trade talks. It's been months since the two sides made any visible progress and fears that the dispute was getting worse contributed to the big losses for global stocks in October. Chinese state media also said President Xi Jingping promised tax cuts and other help to China's entrepreneurs in a renewed effort to revive state-dominated economy.

SWEET BREW: Starbucks' sales were better than expected, and customers spent more after it raised prices for brewed coffee. It said revenue from cold drinks improved as well, and revenue also improved in China. The stock jumped 10.4 percent to $64.75.

MELTED CHEESE: Kraft Heinz sank 9.6 percent to $50.82 after its profit in the third quarter fell way short of analyst forecasts. The maker of Oscar Mayer meats, Jell-O pudding and Velveeta cheese said costs grew and it's continuing to make major investments in its business. Prices in the U.S. fell as stores ramped up discounts, especially for cheeses and drinks.