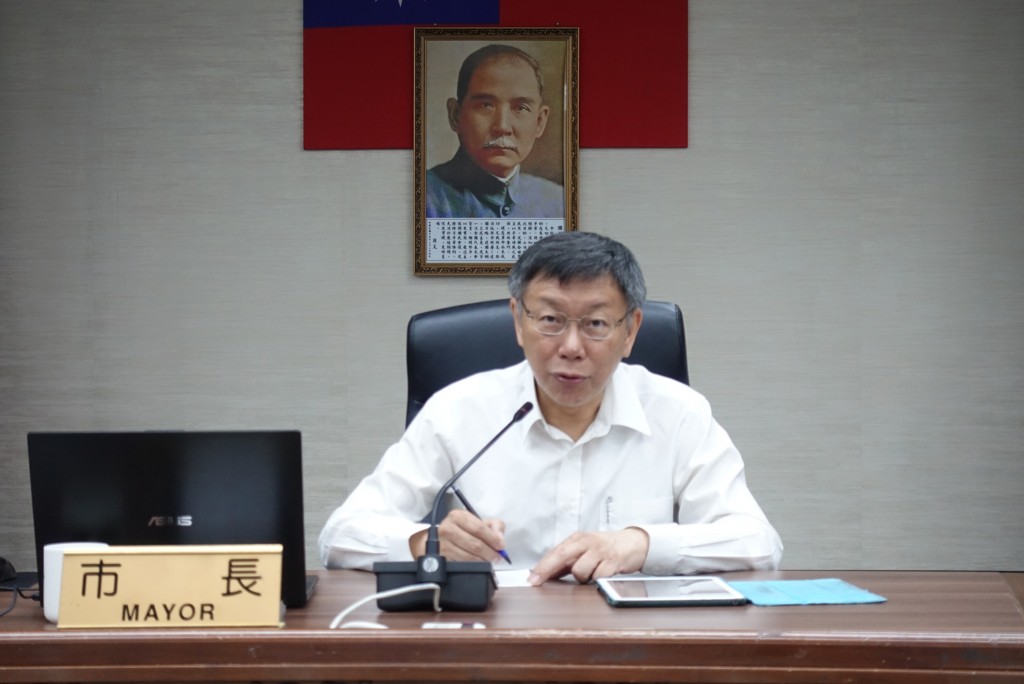 Foul smells leak from the Taipei mayoral election due on November 24 this year. Dr. Ko Wen-Je, campaigning for his re-election, is caught up in the scandal of organ transplanting in China. As what Mr. Ethan Gutmann, the writer of “The Slaughter” has asserted in the “Briefing on Organ Harvesting in China” U.K. parliamentary briefing in Westminster on October 16, Dr. Ko can’t get away with his involvement in three roles:

I am not going to address Mr. Gutmann’s assertion of Dr. Ko’s overseas issues, but to bring focus on Dr. Ko’s domestic issues in Taiwan.

Dr. Ko, a professor of National Taiwan University Hospital (NTUH), is specialized in trauma and intensive care. As a surgeon, Dr. Ko does not perform any kind of surgery, but performs the implantation of ECMO. Dr. Ko is the pioneer to induce ECMO techniques in Taiwan, after he had completed the training in America.

Regrettably, Dr. Ko who self-proclaimed an IQ of 157, has begun to abuse ECMO implantation since 1994. Dr. Ko and his ECMO team have claimed 2,000 cases of ECMO implantation to date, starting in 2014. Among these cases, ECMO aided None-Beating Heart Donor (NBHD) were the most controversial. Dr. Ko published his thesis on ECMO aided NBHD in 2000 when NBHD was not yet regulated by law in Taiwan. This means Dr. Ko had performed the ECMO implantation procedure in violation of the law and medical ethics.

Was the controversial issue hard to comprehend? Not at all. The selection of patients, classified as category III of Maastricht Classification in Dr. Ko’s paper were hard to pass the test of brain death. It’s the reason why they were chosen for a harvesting procedure aided by ECMO and subsequently, kidney transplantations were done. Thus, Dr. Ko violated the law.

The guidance of NBHD is outlined below:

Dr. Ko’s violation of medical ethics in his thesis are listed below:

Recently, a member from Dr. Ko’s NBHD team updated me suggesting that Pavulon has replaced Phentolamine, and that the incision for ECMO tubes were started before a patients’ heart-beat would stop. What is Pavulon? It’s an agent used before intubation of general anesthesia. It helps to insert the tubes when muscular paralysis occurs. I have filed an accusation against Dr. Ko to the Control Yuan, and commissioner Chang has begun an investigation.

Feeling a thrill? You will be, when finding out Dr. Ko, as a salesman for Medtronic in China, self-declaring the 19 trips to China, and Dr. Ko, as a teacher of the Chinese devious surgeons who are actively involved with organ harvesting.

I would also urge the U.S. government to investigate the Medtronic office in Taiwan, Dr. Ko’s investors, and trace transactions. Within a decade Dr. Ko and his NBHD team have accumulated sponsorship of 20 million dollars in total value. Almost all of the disposable ECMO in National Taiwan University Hospital come from Medtronic.

As Mr. Gutmann mentioned, Taiwan must wash their hands of this. In addition, Medtronic must deal with their ECMO abuse in China, as well as in Taiwan. Human rights and fundamental values must be respected with more self-reflection.