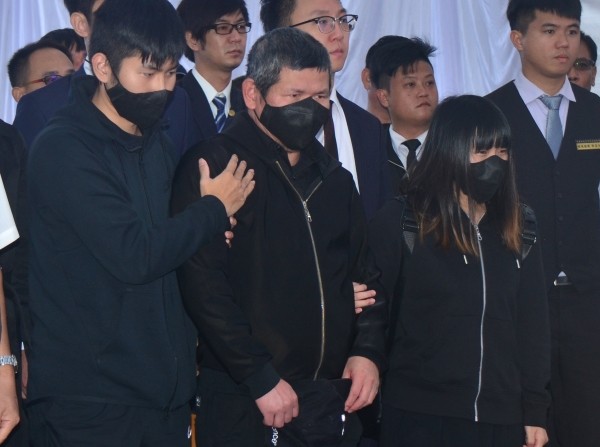 TAIPEI (Taiwan News) -- The train driver of the Puyuma Express train No. 6432 which derailed in Taiwan's Yilan County on Oct. 21, was consoled by a family who lost eight of their relatives yesterday (Oct. 31) at a memorial service held in Taitung for the 18 passengers killed in the crash.

Yesterday, the Taitung County Government announced that flags were to be lowered to half-staff during a joint memorial service at the Taitung Memorial Funeral Hall in memory of the 18 passengers who perished when the No. 6432 Puyuma Express train leaped off the tracks at Xinma Station in Su'ao at 4:50 p.m. on Oct. 21.

According to local media reports, the 48-year-old driver involved in the derailment, Yu Chen-chung (尤振仲), was accompanied by his lawyer and family members as he flew from Taipei to Taitung to attend the ceremony this morning. Dressed from head to toe in black, including a black surgical mask, Yu was joined by his son and daughter as he walked into the funeral hall.

Yu had a grim expression on his face when he quietly entered the funeral hall, before suddenly kneeling and beginning to kowtow his head forcefully on the ground. As he kowtowed, he cried and said, "I couldn't save everyone, I'm sorry, this is a pain that will dwell in my heart forever!" He then kneeled toward the relatives of the victims. The eldest daughter of the Tung (董) family, who lost eight relatives in the crash, then rushed forward and pulled Yu to his feet with one saying, "You do not need to be like that, we don't blame you, take good care of yourself, and heal your wounds. Together, we will find the truth. Only you, only you can tell us was happened that day."

She then said, "Take care of yourself, God spared you so that you can find the truth for us." Yu cried and said, "I definitely will." She then tried to console Yu's children by saying, "You're very lucky, you're luckier than me, your father is still alive. We don't blame you, please take good care of yourself, heal your wounds, God is good to us... Let's find out together what happened that day, take care." Yu responded by saying, "OK!"

After paying his respects, Yu, looking haggard, sank in a lounge chair, with his head bowed and his face covered with clinched fists. Yu was seen frequently wiping tears from his face with tissues as he sat in silence.

Many netizens were moved by the interaction between the driver and the families of the victims:

"It's very sad to see, the driver must be strong."

"Condolences to the families, and best wishes to Driver Yu."

"Oh my God, the driver must be devastated."

"Seeing it (daughter comfort driver) really made be choke up." 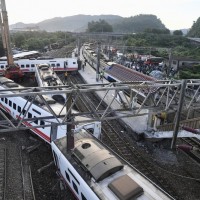 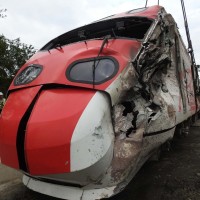 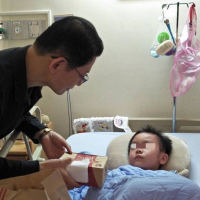 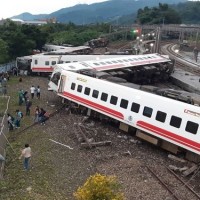 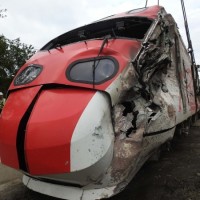