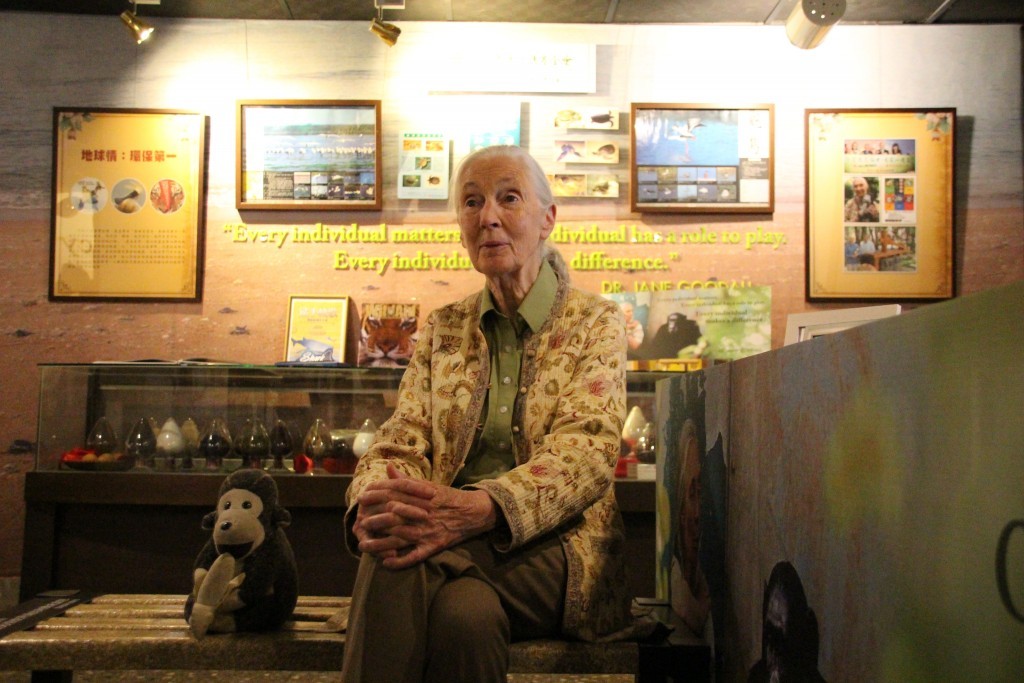 TAIPEI (Taiwan News) – World renowned primatologist and anthropologist Dr Jane Goodall is currently on a short tour of Taiwan, where she sat down with Taiwan News on Oct. 31 to discuss conservation efforts and how society can become more ecologically conscious.

During her visit, Goodall advocated hope in a speech in Taipei, participated in work done by the Jane Goodall Institute of Taiwan and Jane Goodall’s Roots & Shoots youth program, and met with friends including I-Mei Foods CEO Luis Ko (高志明).

When asked about environmental conservation in Taiwan, Goodall said that it has “changed a lot” since her first visit to Taiwan in 1996. She mentioned that at the time, the “mad race for development” was damaging Taiwan’s environment, but there were signs of a forthcoming change for the better

Since then, Jane and the Goodall Institute of Taiwan have contributed to a range of animal conservation projects, like those in support of the black-faced spoonbill, pheasant-tailed jacana, Formosan Sika Deer, and Formosan landlocked salmon. The goal of many of these projects is to bring the animals back from from their pathway towards extinction.

Goodall described most of these programs as being successful so far, pointing to a larger population of Formosan Sika Deer, and suggesting that the Formosan landlocked salmon are doing well. She added that black-faced spoonbills still have their wetland.

The pheasant-tailed jacana is “the most amazing story,” said Goodall, because a conservation project led to the bird’s breeding ground being completely relocated due to construction of the Taiwan High Speed Rail (HSR).

Due to a range of problems, the HSR needed to travel through the jacana’s historical wetland breeding ground. To solve this problem, a plot of wetland-turn sugarcane farm was reverted back into wetland, providing a new breeding area away from the HSR. Goodall said that there are now more birds than ever before.

When asked about the hope that she has seen during her trips to Taiwan, Goodall mentioned a project by a Roots & Shoots group affiliated with Chang Jung Christian University in Tainan, who are working to improve a waterway and hiking trail that runs from Tainan City all the way to Yushan, Taiwan’s tallest mountain.

The project involves cleaning of the river, planting trees, improving hiking trails, and enhancing habitat for cicadas. Goodall described the effort led by around 40 university students as “completely magical” and the people involved as “so passionate.” Goodall said the best way for people to become involved in environmental advocacy was to joint Roots & Shoots, because the youth service program provides a system to develop a locally-relevant project to help improve people, environment and or animals, and for people to “roll up their sleeves and take action.”

Goodall described Roots & Shoots as apolitical and non-violent, and can take the guise of action or advocacy.

When asked about how businesses can contribute to conservation work, Goodall said that businesses need to think about the welfare of animals and the consequences of materials they use.

Goodall described the bench she was sitting on; a recycled product formed from 856 used Tetra Pak drink cartons as a fantastic example of recycling and environmentally conscious practice.

The problem for business according to Goodall is that profit comes first, which means that businesses are led by consumer behavior. For many businesses to change, first the public needs to be educated of the benefits of ecological, environmental, and socially-friendly products, she added.

Goodall described I-Mei Food’s factory in Taoyuan City, which she visited earlier in the day, as “a very socially responsible factory, and it happens to be the same age as me.” 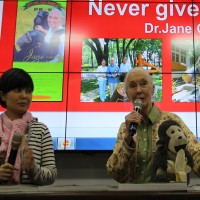 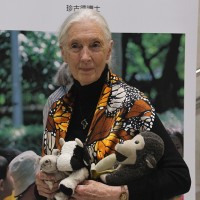 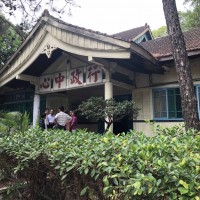 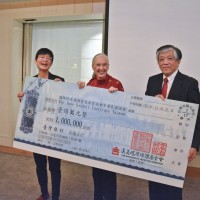