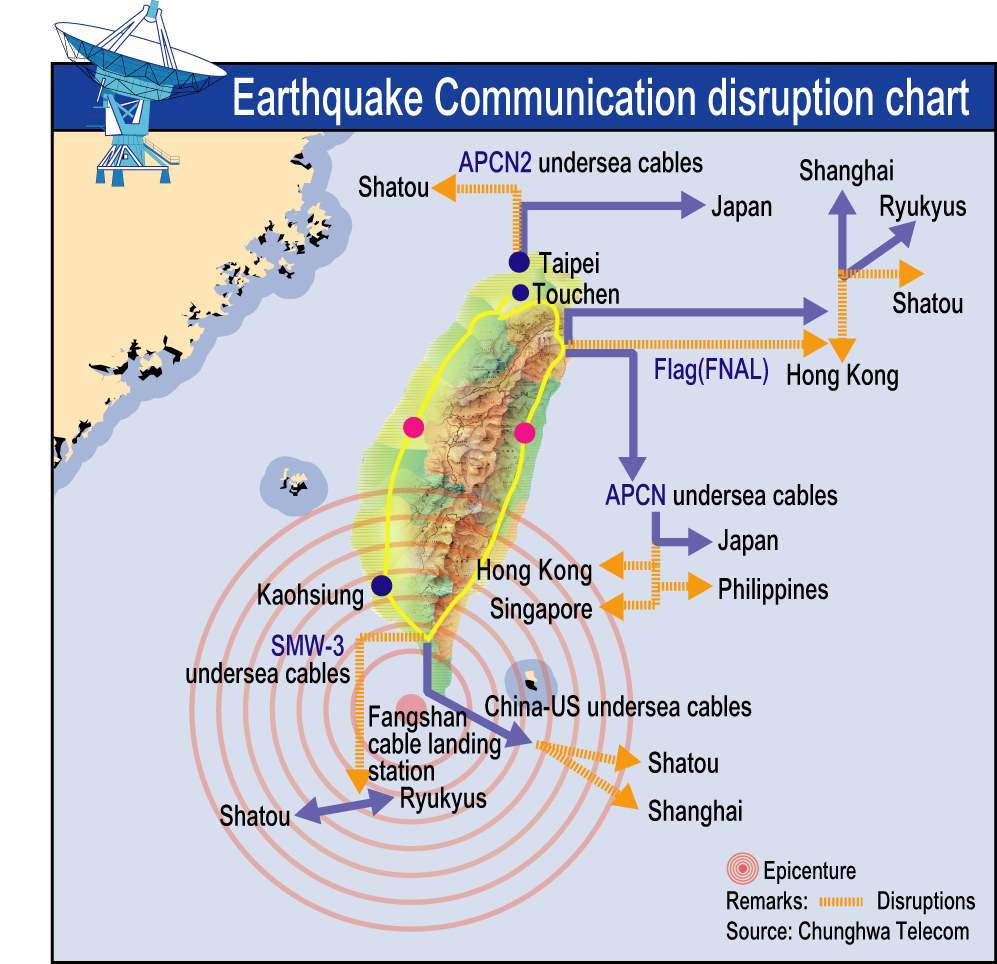 Communication disruption caused by the damage to the undersea cables in the December 26 earthquakes may take two weeks to recover, a spokesman for the Chunghwa Telcom. Co. said today.
He said four cable repair ships will join the repair work which is expected to start from January 2 immediately upon their arrival at the scene.
The strong earthquakes, measuring 6.7 and 6.4 respectively on the Richter scale, rocked southern Taiwan Tuesday, causing substantial damage to communication networks.
The spokesman said condition of the vocal data and data traffic has been improving since yesterday.