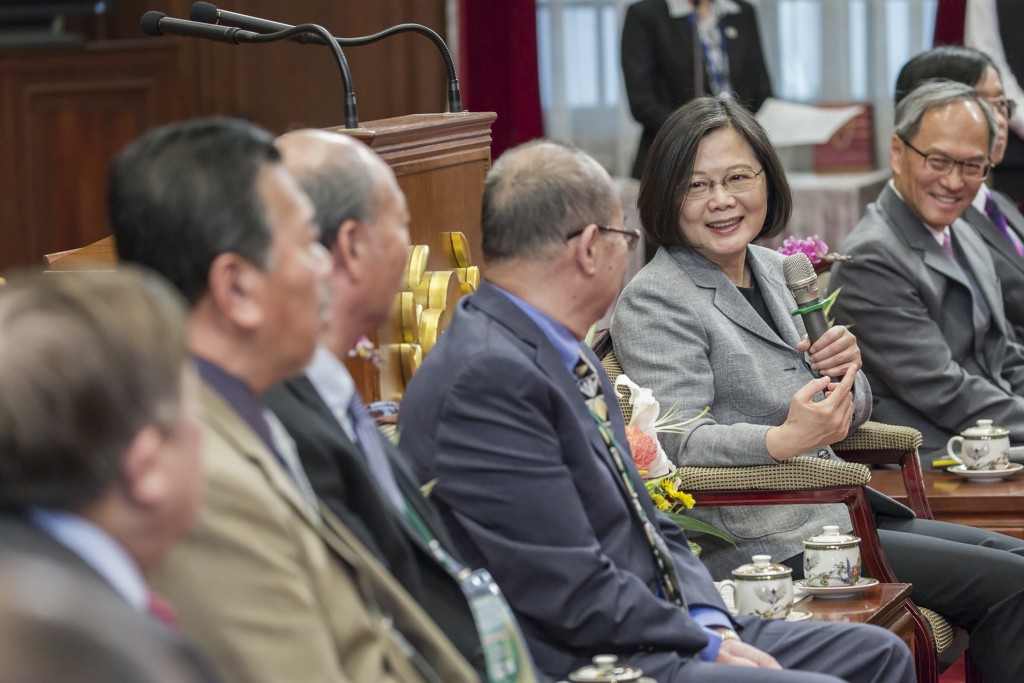 TAIPEI (Taiwan News) - Stable relations between Taiwan and the United States are an important cornerstone in safeguarding democracy and maintaining peace and stability in the Indo-Pacific region, President Tsai Ing-wen (蔡英文) told visiting Overseas Taiwanese from the U.S. Tuesday.

She added that they also played a key role as a bridge by their considerable contributions to mainstream U.S. society, the Central News Agency reported.

According to a presidential news release, Tsai described how relations with Washington had grown ever closer since she took office more than two years ago. With the political and economic situation facing important changes over the past two years, the relationship was a cornerstone in support of regional stability, she added.

Tsai also pointed out the economic element in Taiwan-U.S. relations, with American tech pioneers expanding their operations on the island while Taiwanese multinational corporations also made new investments on the other side of the Pacific, CNA reported.