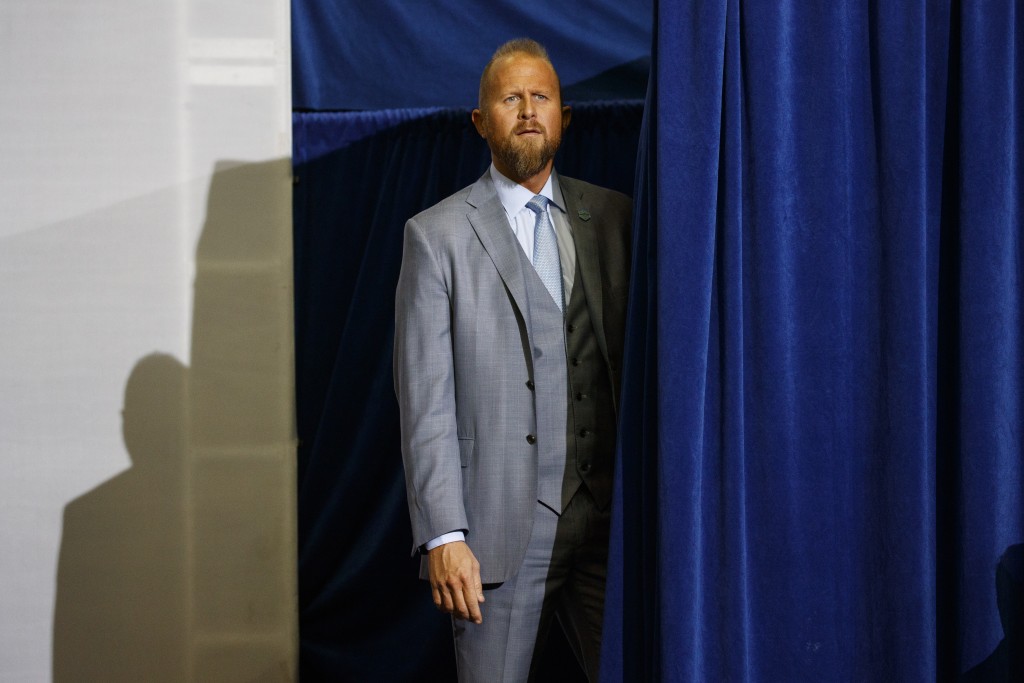 WASHINGTON (AP) — President Donald Trump's re-election campaign released a national television ad Monday that portrays the nation's economy on the right track entering the midterm elections. But it makes no mention Trump — a sign of Republicans' challenge as they try to hang onto suburban House districts critical to their majority.

The $6 million ad buy serves as Trump's closing argument, featuring a suburban mother who recalls difficult economic times in the past and offers an optimistic view on the future. Reflecting Trump's campaign message, the ad warns that "this could all go away" and urges voters to "choose the right future because the future worth fighting for is not guaranteed."

The ad, full of images of economic rebound in leafy suburbs, comes at the start of a hectic week of campaign rallies for Trump but reflects polling showing Republicans' deficit among college-educated women in suburban House districts. And it makes no mention of two issues that have animated Trump's fall campaign on behalf of the GOP: the Supreme Court confirmation of Justice Brett Kavanaugh and immigration.

Brad Parscale, Trump's 2020 campaign manager, said in an interview with "CBS This Morning" that "the president's not on the ballot but this is about his agenda, and it's about the 'America First' agenda and what he's accomplished in two years."

Democrats aim to pick up governors' mansions and a net of at least 23 seats to win back the House. Republicans are trying to maintain a narrow 51-49 Senate majority.

Wrapping up her Senate re-election bid, Massachusetts Sen. Elizabeth Warren released a new digital ad focused on her anti-corruption agenda and a second one featuring clips of her nearly three dozen town hall meetings across the commonwealth.

Warren speaks directly to the camera as she vows to root out corruption, telling viewers, "The corruption didn't start with Donald Trump, but it's gotten a lot worse — and we need some big changes."

Warren is widely expected to launch a 2020 presidential campaign and the ad could serve as a preview of the type of message she would deliver in a Democratic primary campaign. (It only notes her Senate campaign in the ad's final image).

The second ad shows Warren in near-constant motion, appearing at town halls around Massachusetts and fielding questions on income inequality, student loans and health care — not to mention her tally of taking 8,166 selfies.

Warren is the heavy favorite in her Senate re-election campaign against Republican candidate Geoff Diehl.

Independent entrepreneur Alan Caron made good on his promise Monday to drop out of the Maine governor's race if he didn't think he could win.

Caron said he was abandoning his bid for governor and endorsed Democratic Attorney General Janet Mills in the race to succeed term-limited Republican Gov. Paul LePage.

Critics have raised concerns that Caron or Hayes could siphon votes away from other candidates and play the role of spoiler in the race to succeed the combative outgoing governor.