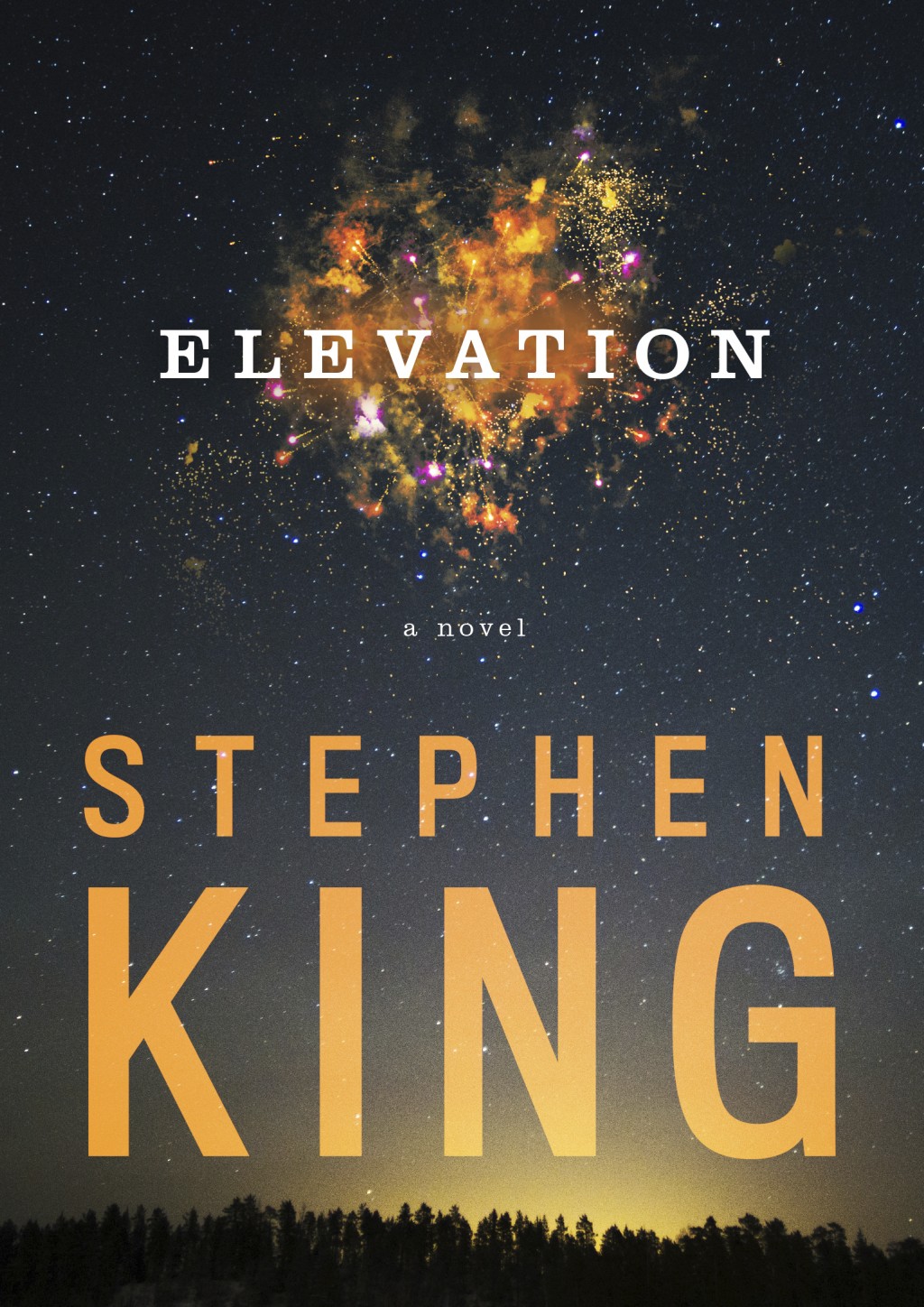 After more than four decades of banging out best- sellers, Stephen King still has the power to surprise his beloved "constant readers."

Consider "Elevation," which the book jacket calls a novel, but which clocks in under 150 pages and takes about 90 minutes to read.

Guess how you feel when it's over?

Those aren't emotions typically ascribed to King books, which often feature gallons of blood (Hello, Carrie!), killer cars or things that go much more than bump in the night.

The biggest evil in "Elevation" is closed-mindedness, as a few townsfolk in Castle Rock, Maine, don't look too kindly on the same-sex couple that has opened a vegetarian Mexican joint on the main drag.

Enter Scott Carey, the hero of King's slim story. We learn by page three that Scott is "losing weight," as he tells his retired friend, Doctor Bob. According to the scale, the pounds are sliding off at an alarming rate, but anyone looking at Scott sees the same overweight man they always have. Most mysteriously, he can't even make the needle on the scale move higher. As King writes, "whatever he wore or carried that was supposed to weigh him down ... didn't."

Scott isn't the type to head to a hospital for a battery of tests. He feels better as the pounds come off, his energy rises and he commits to making a difference in his community. The plot turns on one act of kindness that changes the fate of a few characters and makes it possible for Scott to orchestrate what he begins to call "Zero Day."

"Elevation" follows "Gwendy's Button Box" in the King canon, another short story set in Castle Rock that he co-wrote last year with Richard Chizmar. Both stories are now part of a King-verse that contains "Castle Rock," the series on Hulu that brings together many of King's most famous characters for a variety of tales.

It all adds up to plenty more plot fodder for a storyteller still at the top of his game. "Elevation" is a magical tale that entertains and manages to say a little something about the state of our culture in 2018.