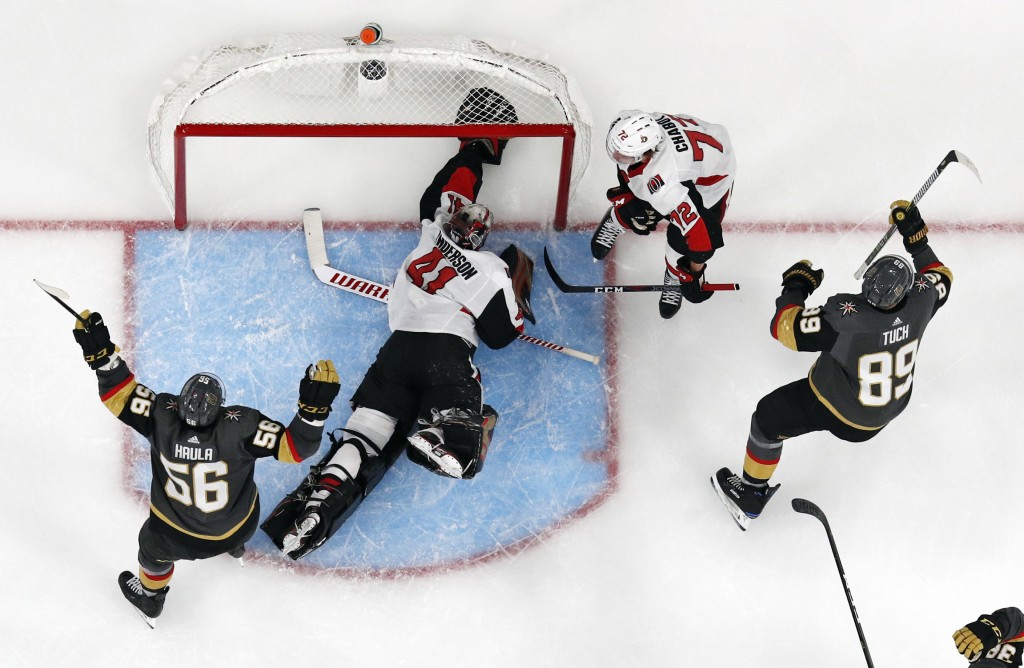 NEW YORK (AP) — The NHL is following the NBA's lead by partnering with MGM Resorts International and providing the company with data for use in sports betting.

As part of the agreement, MGM gains access to proprietary NHL data that could eventually include puck and player tracking information. MGM executive Scott Butera and NHL chief revenue officer Keith Wachtel tell The Associated Press the aim is to provide unique gambling opportunities, including free games to those in states where sports gambling isn't yet legal.

The NHL is not getting a cut of gambling profits. Other terms were not disclosed.

MGM and other casino operators are moving aggressively to be able to capitalize on the U.S. sports betting market, which is expanding after a Supreme Court ruling in May. MGM has made a series of significant moves, including a multiyear deal announced in July with the NBA and WNBA — the first major U.S. sports leagues to strike an arrangement with a gambling company.