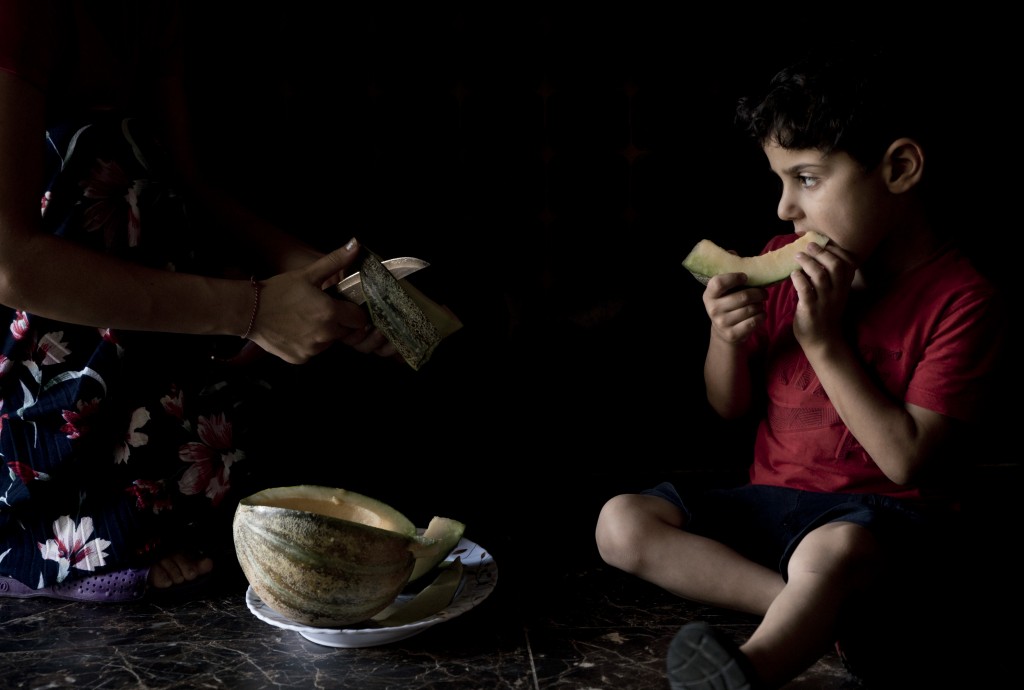 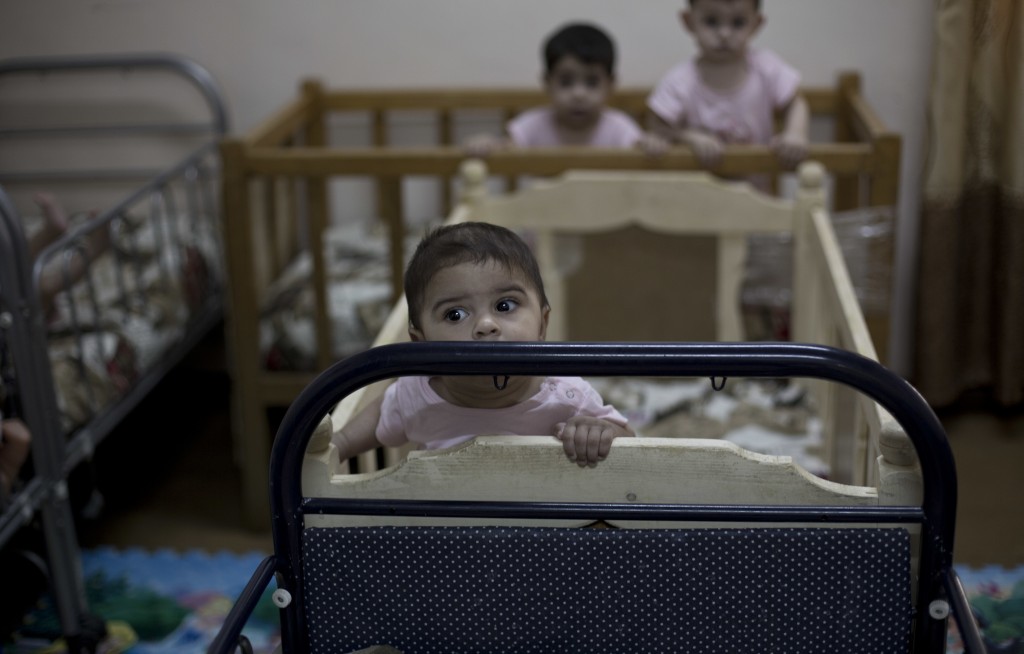 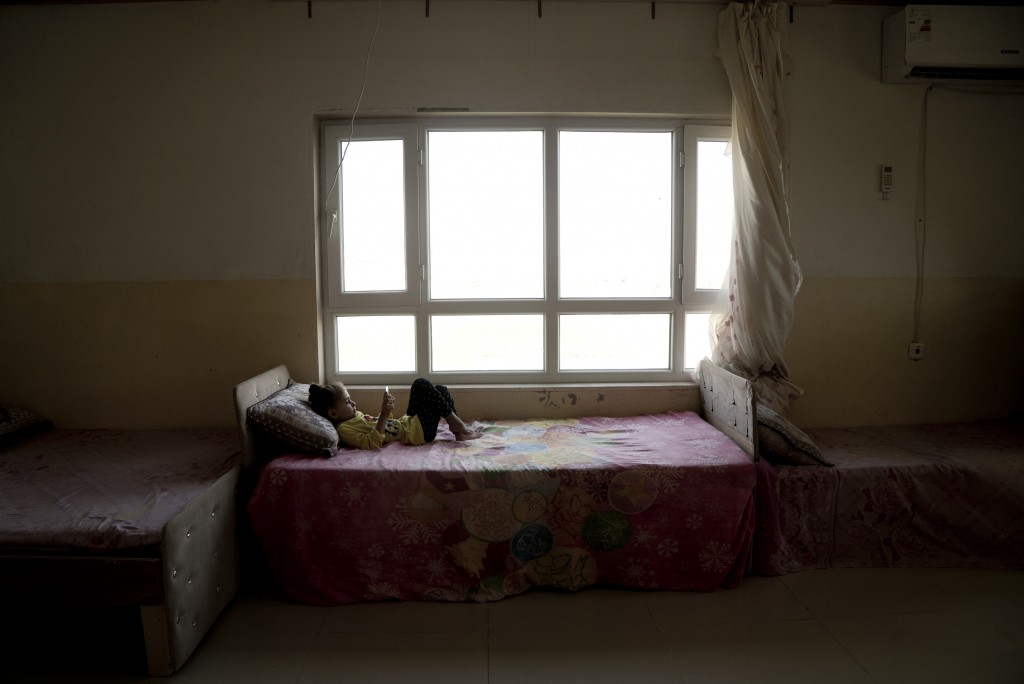 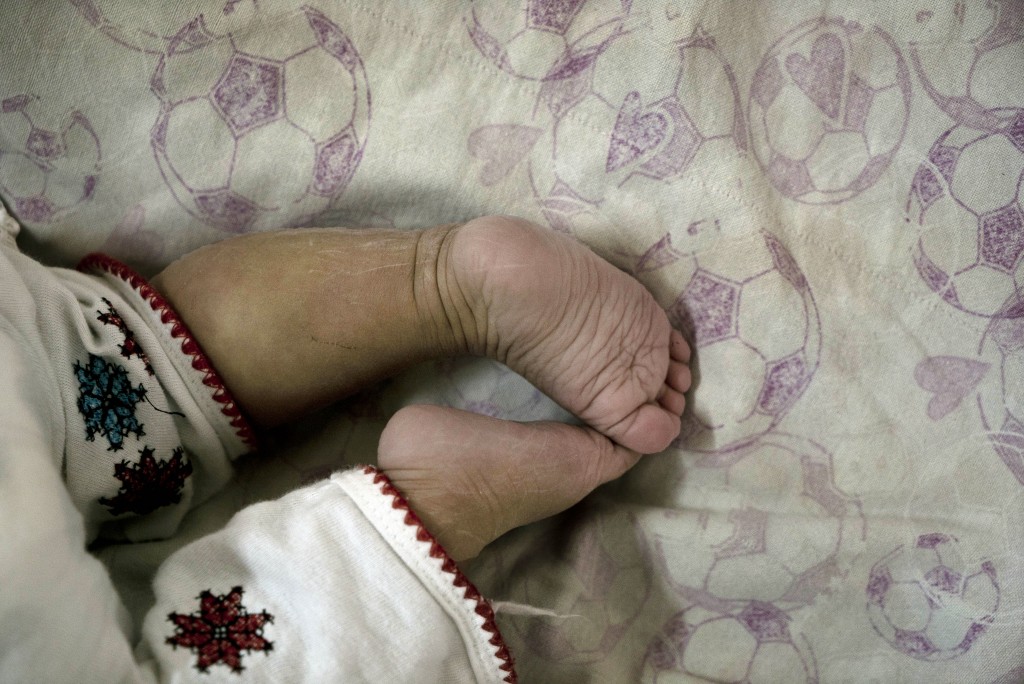 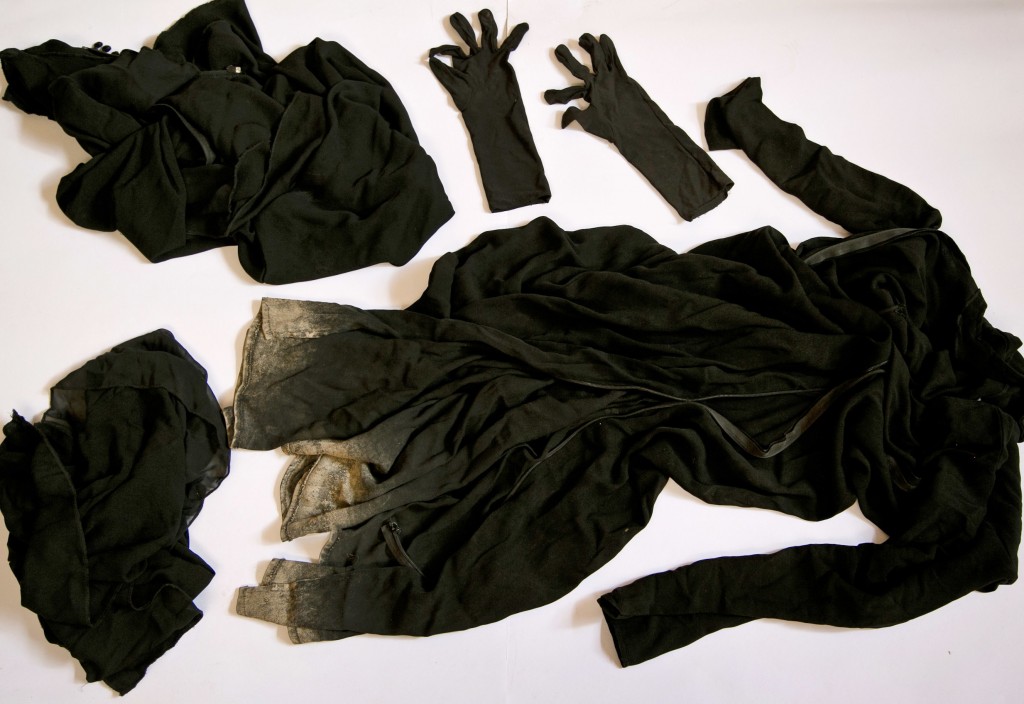 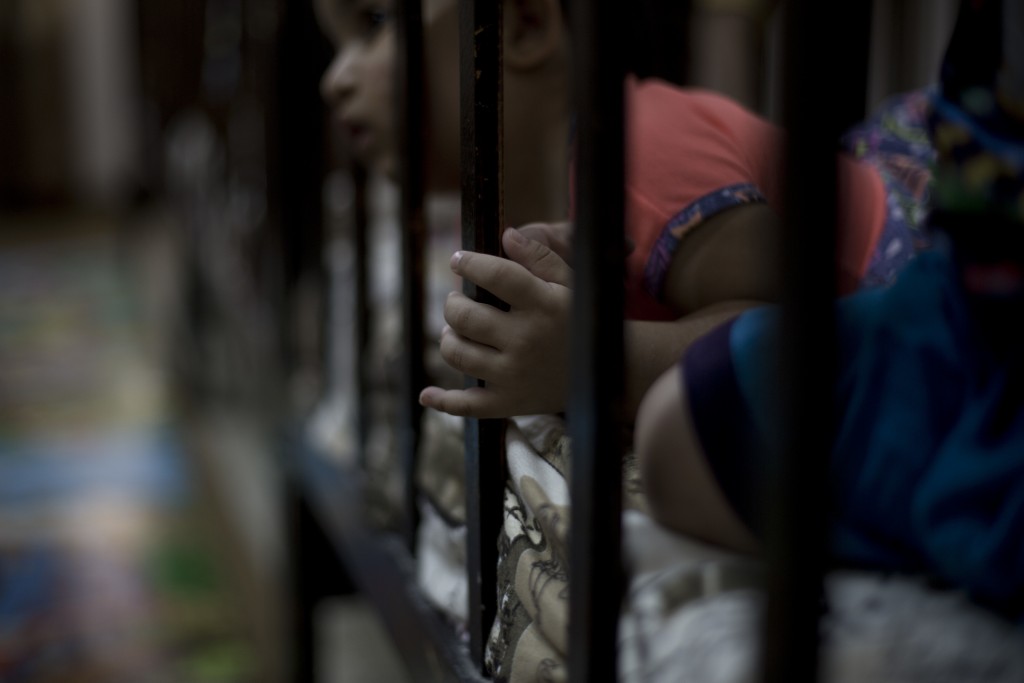 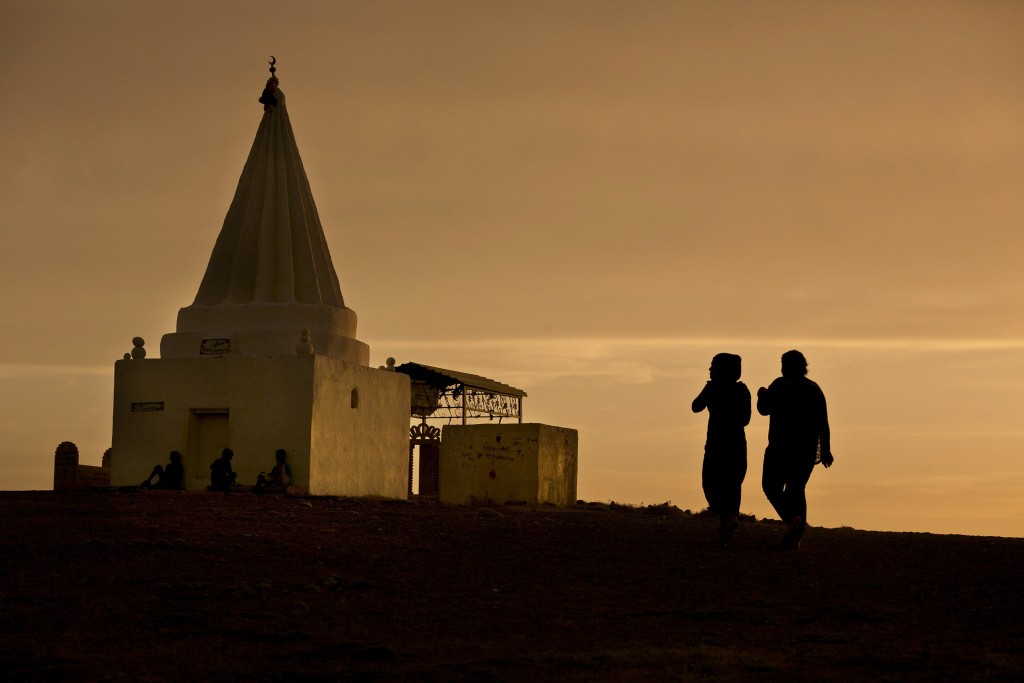 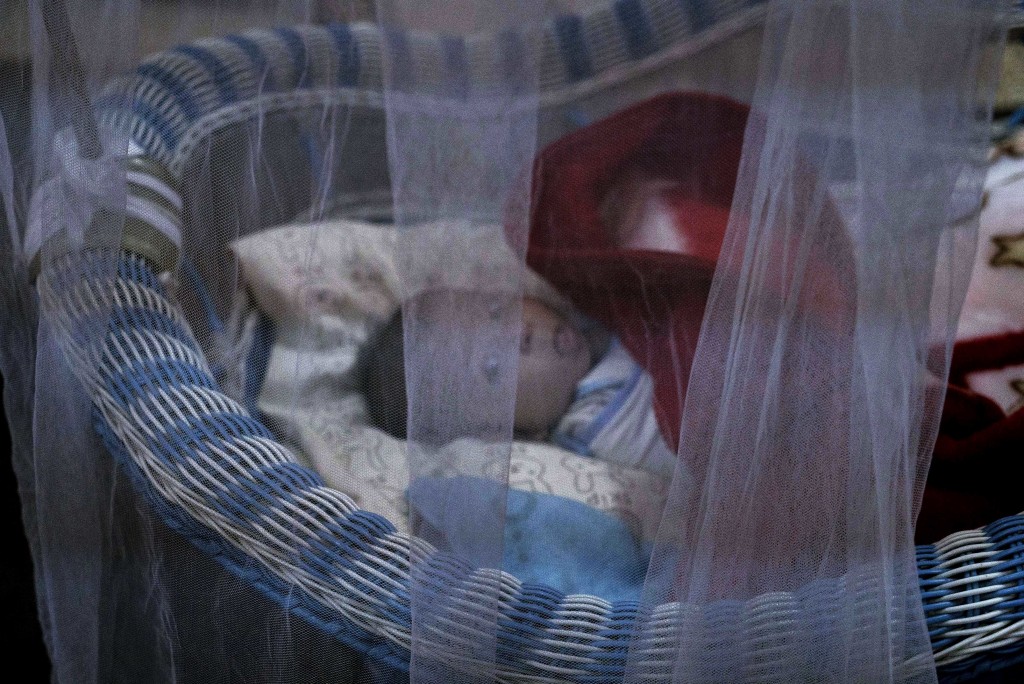 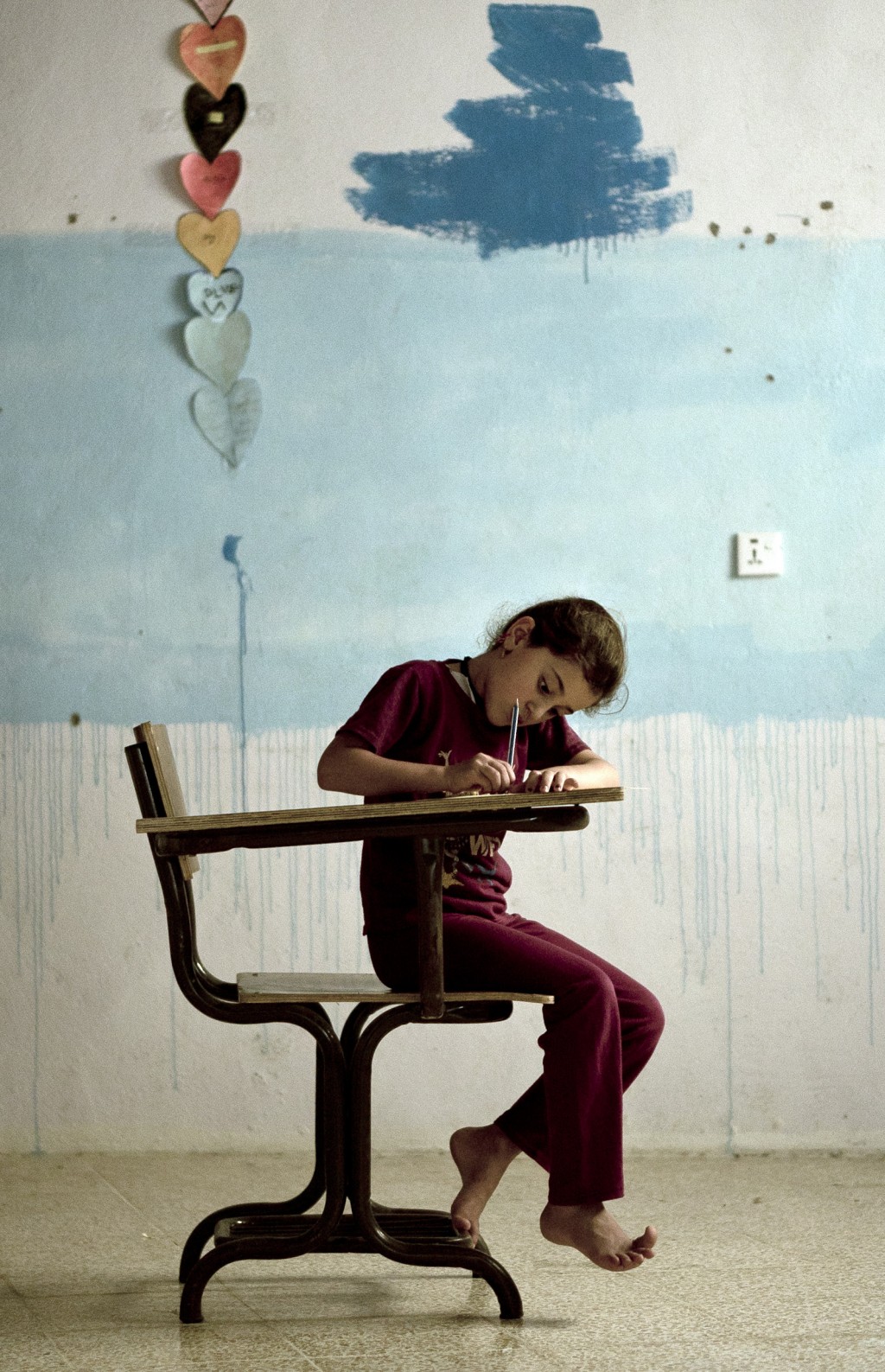 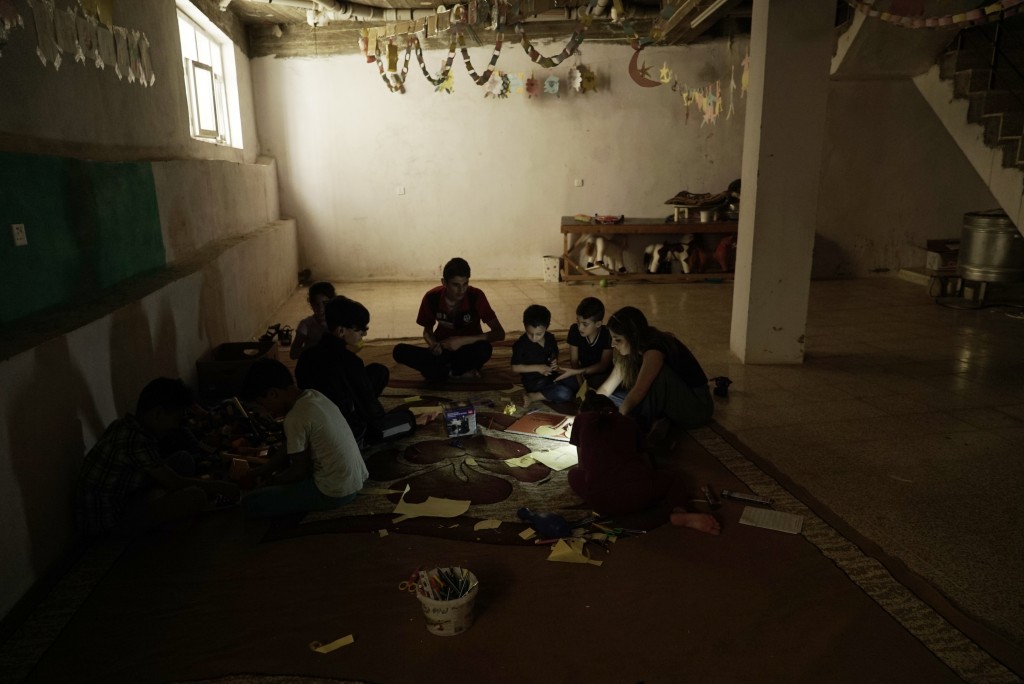 Her family is preparing to emigrate from Iraq to Australia and start a new life after the suffering the Islamic State group wreaked on their small religious minority. She is desperate to go with them, but there is also someone she can't bear to leave behind: Her 2-year-old daughter, Maria, fathered by the IS fighter who enslaved her.

She knows her family will never allow her to bring Maria. They don't even know the girl exists. The only relative who knows is an uncle who took the girl from her mother and put her in an orphanage in Baghdad after they were freed from captivity last year.

"My heart bursts from my chest every time I think of leaving her. She is a piece of me, but I don't know what to do," she said, speaking to The Associated Press at a camp in northern Iraq for displaced Yazidis.

The woman spoke on condition she be identified only as Umm Maria, or "mother of Maria," for fear her family and community would find out.

Umm Maria's torment points to the gaping wounds suffered by Iraq's Yazidi religious minority at the hands of the Islamic State group. When the militants overran the Yazidis' northern Iraqi heartland of Sinjar in 2014, they inflicted on the community an almost medieval fate. Hundreds of Yazidi men and boys were massacred, tens of thousands fled their homes, and the militants took thousands of women and girls as sex slaves, viewing them as heretics worthy of subjugation and rape.

The women were distributed among IS fighters in Iraq and Syria and over the following years were traded and sold as chattel. Many women bore children from their captors — the numbers of children are not known, but they are no doubt in the hundreds.

The Nobel Peace Prize this year put a focus on victims of sexual violence and on the Yazidis in particular, when one of the women abducted by IS, Nadia Murad, was named a co-winner of the award.

Many, though not all, of the women have returned home, as the extremist group's "caliphate" in Iraq and Syria has been brought down. While some of them want nothing to do with babies born of rape and slavery, some, like Umm Maria, want to keep them.

But Yazidi families most often reject the children.

That is a reflection the deeply entrenched traditions followed by the Yazidi community, seeking to preserve its identity among the mainly Muslim population, many of whom for centuries viewed the ancient faith with suspicion. The Yazidis, who speak a form of Kurdish, keep their community closed off, their rituals little known.

They have always rejected mixed marriages and children fathered by non-Yazidis. In this case, the stain is even greater since the fathers were the same Sunni Muslim radicals who sought to wipe out the community. Under Iraqi law, the children are considered Muslims.

The community has taken a relatively progressive stance toward the mothers. In Iraq's traditional society, rape can bring stigma on the victim. But the Yazidis' spiritual leader, Babashekh Khirto Hadji Ismail, issued an edict in 2015 declaring women enslaved by the militants to be "pure," with their faith intact. The declaration allowed the women to be welcomed back into Yazidi society.

But not the children.

Khidr Domary, a prominent Yazidi activist, acknowledged that the community's insular traditions need some reform and said the leadership has shown flexibility as it tries to deal with the trauma left by IS, known by their group's Arabic acronym, Daesh. He said mothers should be free to bring back IS-fathered children if they wish.

But "that cannot include reform to accommodate the results of Daesh crimes," he said. Pressure from family and society against accepting the children is powerful.

"It is difficult, even for the mother, to bring a child to live in our midst when it is possible that his Daeshi father may have killed hundreds of us with his own hands, including relatives of the mother," he said.

Umm Maria was taken captive along with other women in August 2014, when the militants stormed Sinjar, near the Syrian border. She was eventually taken to Syria as the slave of an IS fighter, whom she knew only by his alias, Abu Turab.

She was consigned to an IS "guesthouse" where wounded IS fighters received first aid or took a rest from the front lines — and used Yazidi women for sex.

As Iraqi security forces assaulted Mosul, the women at the house were moved from one neighborhood to another to escape bombardment. In the summer of 2017, as the city fell, Umm Maria escaped into government-held territory, though she was injured during the shelling.

At the hospital, an uncle persuaded Umm Maria to give them the child until she healed, promising to return Maria to her afterward.

"Had I known they planned on depositing her in an orphanage, I would have never given her," she said.

Umm Maria has seen the child — now around 3 years old — only once since. Several months ago, she visited her at the Baghdad orphanage, spending two days with Maria.

"She did not recognize me, but I recognized her," Umm Maria said. "How could I not? She is a piece of me."

Many Yazidis see it as more essential than ever for the community to protect its identity at a time when it is struggling for survival. The Yazidis were estimated to number about 700,000 before 2014. Since the IS onslaught, nearly 15 percent are believed to have fled the country, mostly to the West. Nearly half of those still in the country live in camps for the displaced, scattered around northern Iraq.

About 3,000 Yazidis remain missing or in captivity. Of these, experts believe only a third may still be alive.

The Yazidis are also trying to regain their place in a country where the social fabric has been torn apart by IS. Though there were always tensions, Yazidis lived side-by-side with Muslim neighbors in a northern region that is home to many minorities, including Christians and Kurds.

Now Yazidis deeply distrust Arab Muslims, accusing them of sympathizing with IS and even sometimes joining the militants in the slaughter and enslavement of Yazidis. The community also says the central government has not done enough to get back Yazidi women. It was largely left to families to put together thousands of dollars to buy back daughters or wives, or pay smugglers to sneak them out.

"We have become so resentful of Muslims that we now tell our children not to be like Muslims when they are mean to each other," said Abdullah Shirim, a Yazidi businessman.

Shirim is credited with rescuing dozens of Yazidi women from captivity through a network of business contacts, smugglers and bands of bounty hunters.

The community is wrestling with integrating thousands of Yazidi children affected by the war. Those whose parents are missing or dead are usually taken in by extended family, but if relatives can't afford it, they end up in orphanages. Children snatched by IS and raised as Muslims have to be retaught the Yazidi faith. Boys forced to become child soldiers have to be led back from IS's virulently violent training.

Amid those traumas, there is little sympathy for children fathered by militants.

Another Yazidi woman, a 21-year-old who asked to be identified only as Umm Bassam, described how when she left IS territory in Syria in August, she contacted her family and asked if she could bring home her 9-month-old son, Bassam, fathered by the IS militant who held her.

Their reply: "We cannot allow a Daeshi baby to live with us."

Umm Bassam had been in IS captivity for several years. The IS fighter who held her — an Iraqi — took her across the border into Syria in the summer of 2017 as the militants' rule crumbled in Iraq.

In Syria, she gave birth. She, the IS fighter and their child had to flee from town to town as the militants lost ground in Syria. Eventually, the fighter had her smuggled out to Kurdish-held territory, while he fled into the desert along with other militants.

In the Syrian Kurdish city of Qamishli, Umm Bassam ended up in a house with other freed Yazidi women, many of them also with children.

After her family's rejection, she relented and agreed to leave Bassam with Kurdish authorities. They tried to reassure her, she said, telling her the child would be cared for in an orphanage. They said at least 100 children had been left by Yazidi women.

"I was hugging him until the moment they took him away from me," she said. They told her, "Don't worry, in 10 days, he won't remember you or recognize you. We will make him forget everything."

But Umm Bassam remembers — every detail. Her son was chubby and fair-skinned, with a beautiful face, she said. He had a mole below his armpit.

Back among her community, cut off from her son by borders, traditions and officials, she sees no choice now. She will bury it all. She'll get married, she says. She'll build a new family.

"I'll make it like I never saw anything. I'll try to forget everything and start a new life."