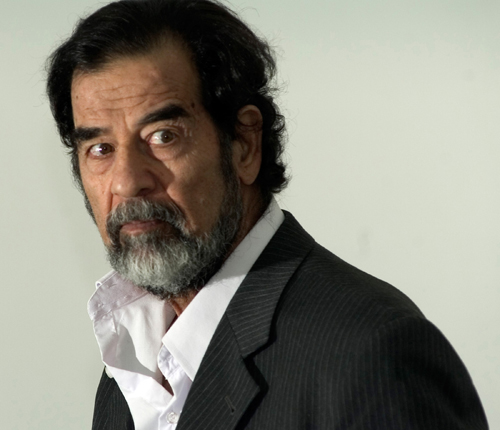 Iraq's highest court rejected Saddam Hussein's appeal and said the former dictator must be hanged within 30 days for ordering the killing of scores of Shiite Muslims in 1982.
The sentence has already stoked Iraq's sectarian rage, with the Shiite majority demanding Saddam's death and his fellow Sunni Arabs calling the trial tainted.
"From tomorrow, any day could be the day" Saddam is sent to the gallows, the chief judge said Tuesday. Saddam was condemned to death for his role in the execution of 148 Shiite Muslims from the small northern town of Dujail, after a 1982 assassination attempt.
The decision came on a particularly bloody day in Baghdad, where at least 54 Iraqis died in bombings and police discovered 49 apparent victims of sectarian reprisal killings. Separately, the U.S. military announced the deaths of seven American soldiers.
In upholding the sentence, imposed November 5, the Supreme Court of Cassation also affirmed death sentences for two of his co-defendants, including his half brother. And it said life imprisonment for a third was too lenient and demanded he be given the death penalty, too.
Saddam's hanging "must be implemented within 30 days," said Aref Shahin, chief judge of the appeals court. "From tomorrow, any day could be the day of implementation."
The White House called the ruling a milestone in Iraq's efforts "to replace the rule of a tyrant with the rule of law."
"Saddam Hussein has received due process and legal rights that he denied the Iraqi people for so long. So this is an important day for the Iraqi people," said deputy White House press secretary Scott Stanzel, who was aboard Air Force One flying from Washington to Waco, Texas.
Some international legal observers, however, called Saddam's trial unfair because of alleged interference by the Shiite-dominated government.
The ruling raised doubts about whether other victims of Saddam's ruthless regime - including families of Kurds gassed in the late 1980s - will ever testify in court about their suffering.
But the announcement delighted Shiites, who endured persecution under Saddam and are eager to remove a symbol of the old regime.
Some Shiites are concerned that insurgents, many of them Sunni Arabs, will try to disrupt or prevent the execution.
"We were looking forward to this day so as to achieve justice, though it comes late," said Ali al-Adeeb, a Shiite lawmaker. "The government should speed up implementing the verdict in order not to give any chance to the terrorists."