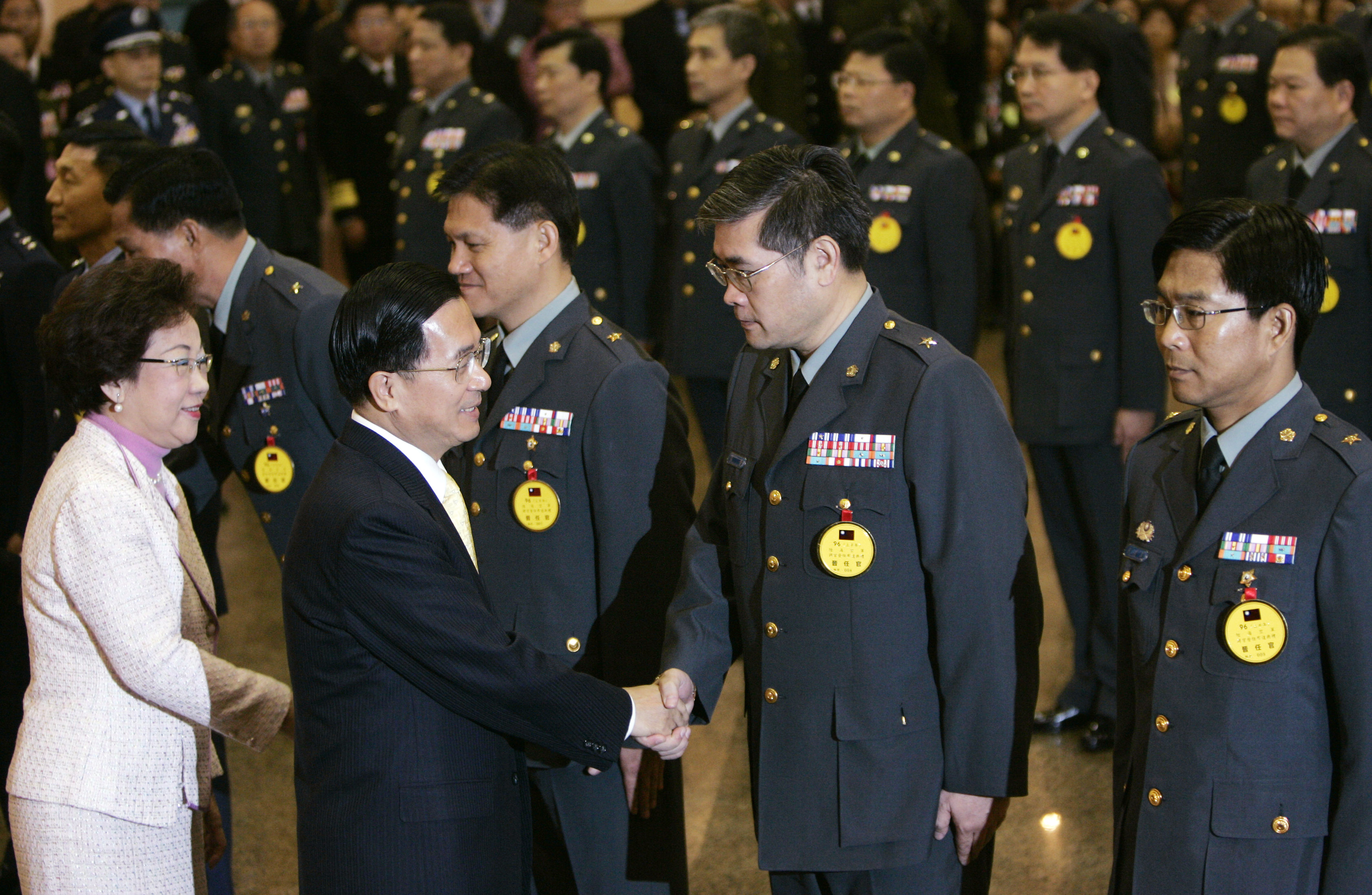 President Chen Shui-bian (陳水扁) yesterday urged the Legislature to facilitate committee review of the supplementary defense budget, saying that continued delay would deepen Washington's doubts over Taiwan's resolve to defend itself against rival China.
Chen made the plea while presiding over a military promotion ceremony.
A total of 43 senior military officers were promoted to the rank of major general/rear admiral or lieutenant general/vice admiral yesterday. Five of them were promoted to the rank of lieutenant general/vice admiral, with the others to be promoted to major general/rear admiral
Chen said he hoped the Legislature would agree during its Friday session to forward the NT$6.3 billion supplementary defense budget to committee review and call its final readings before the winter break.
The proposed budget is intended to procure submarine-hunting aircraft, upgrade PAC II anti-missile systems, expand an airstrip on the Taiping Island and assess the necessity for diesel-fueled submarines.
Chen said opposition party leaders have promised to endorse the budget but their lawmakers had boycotted the proposals until Tuesday when the opposition-controlled Procedure Committee agreed finally to place the issue on the calendar.
Chen again asked opposition parties to set aside partisan interests when dealing with national security matters, noting that the Defense Ministry had conceived the arms procurement plan before he assumed the presidency in May 2000.
The president, however, conceded that psychological factors are equally important as weapons and encouraged military officers to do their best to protect the country.