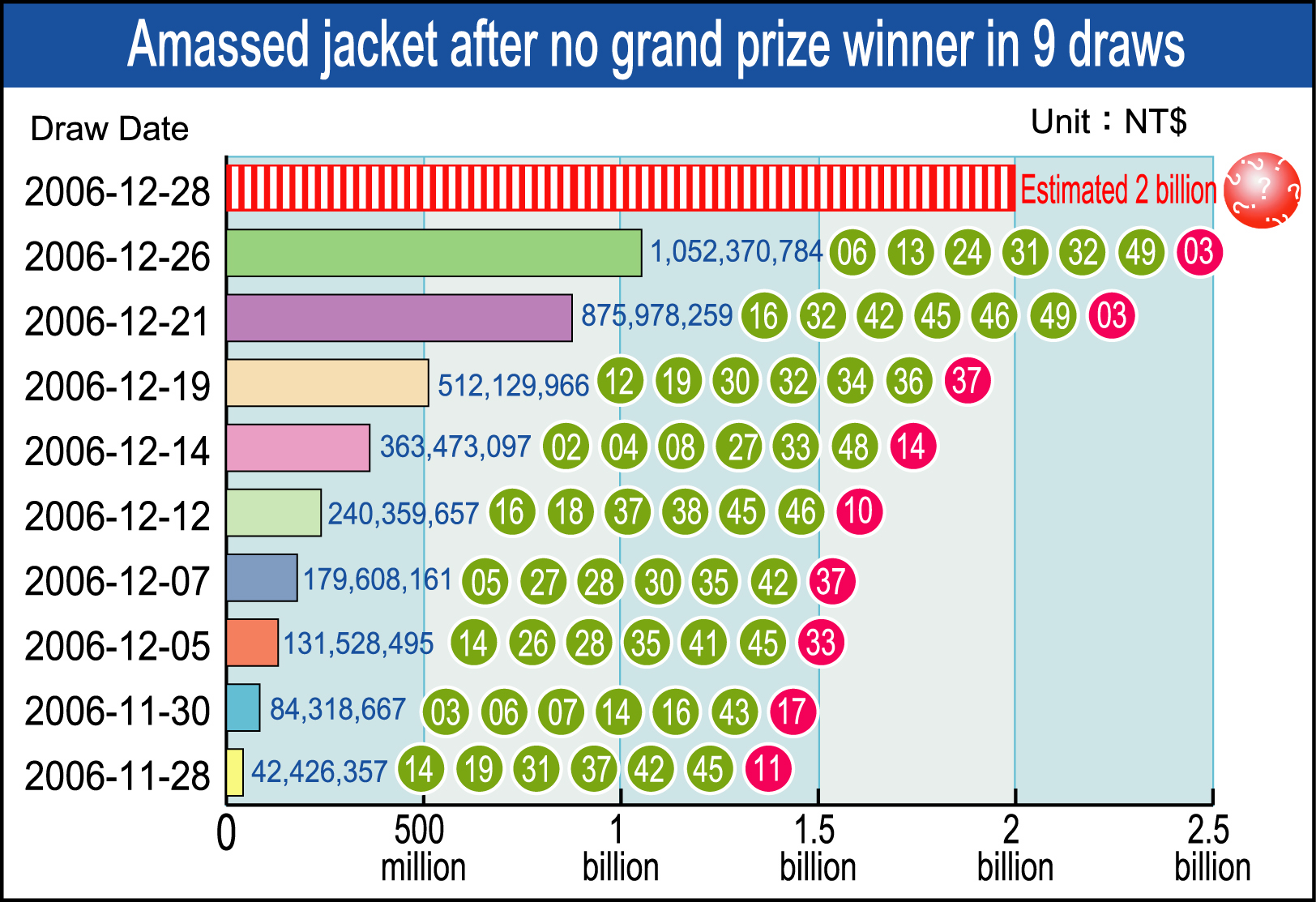 The biggest jackpot in the history of Taiwan's lottery might appear in the issuing bank's farewell Big Lotto draw at the end of the year. Having no top-prize winners for the last nine draws, the lottery jackpot reached NT$1.05 for Tuesday's drawing and created a Big Lotto frenzy all over Taiwan, but nobody claimed it.
The next draw, which falls today, is the final Big Lotto draw for the issuing Taipei Fubon Bank, whose term for administering the public lottery expires at the end of the year.
This draw will be especially alluring after the bank decided to put an additional NT$150 million into the purse, causing some observers to predict that today's jackpot might reach a record-breaking NT$2 billion.
If no one hits the jackpot today, the top-prize money will be proportionally distributed into second, third, fourth, and fifth prizes and will not be carried over to the first issue by Chinatrust Commercial Bank at the beginning of next year. Chinatrust has won the exclusive right to issue public lotteries starting next year.
Attracted by the jackpot that reached the NT$1 billion mark, the sales of the last issue of Big Lotto tickets totaled more than NT$1.92 billion, the fourth highest total for a single issue in the history of the Taiwan lottery.
According to the lottery department of Taipei Fubon Bank, the jackpot takes 56 percent of the total purse, with the remaining 44 percent distributed proportionally among the second through fifth prizes. Should there be no first or second-prize winners on Thursday's draw, the prize money will be handed over to national coffers.