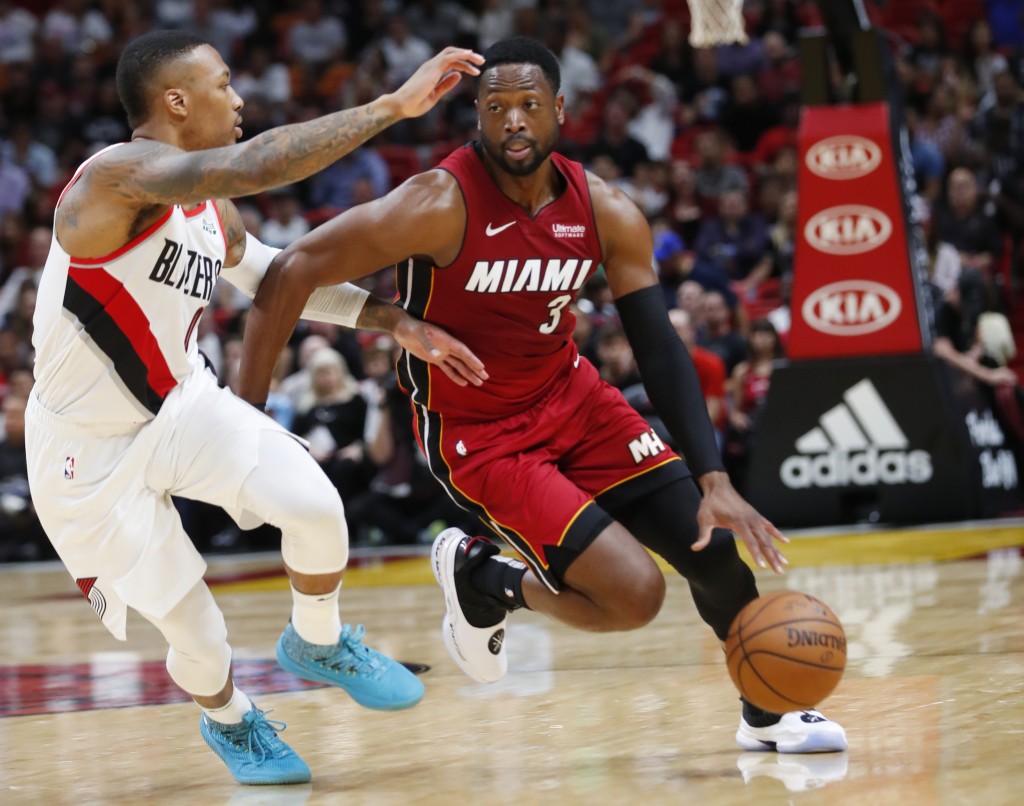 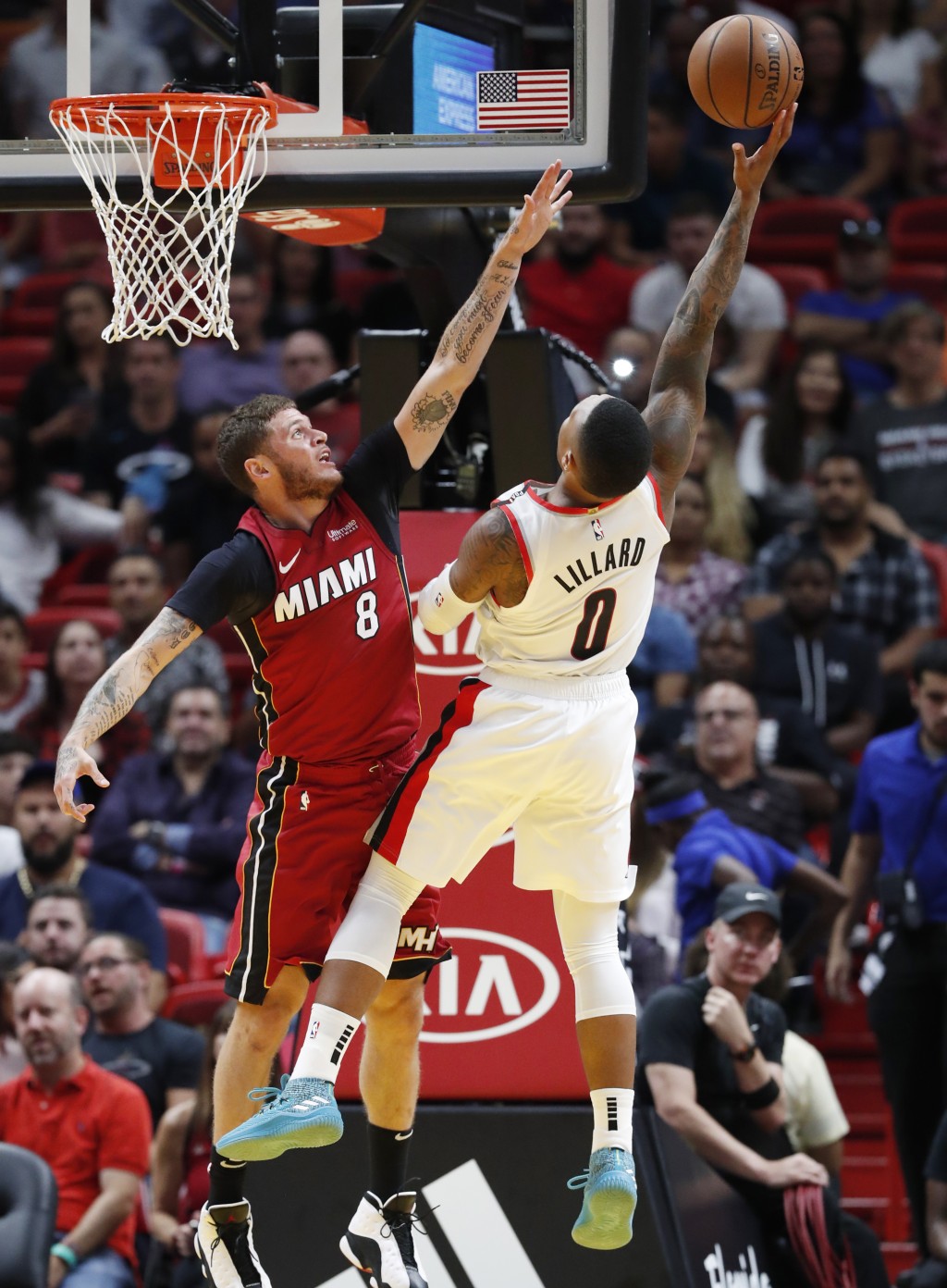 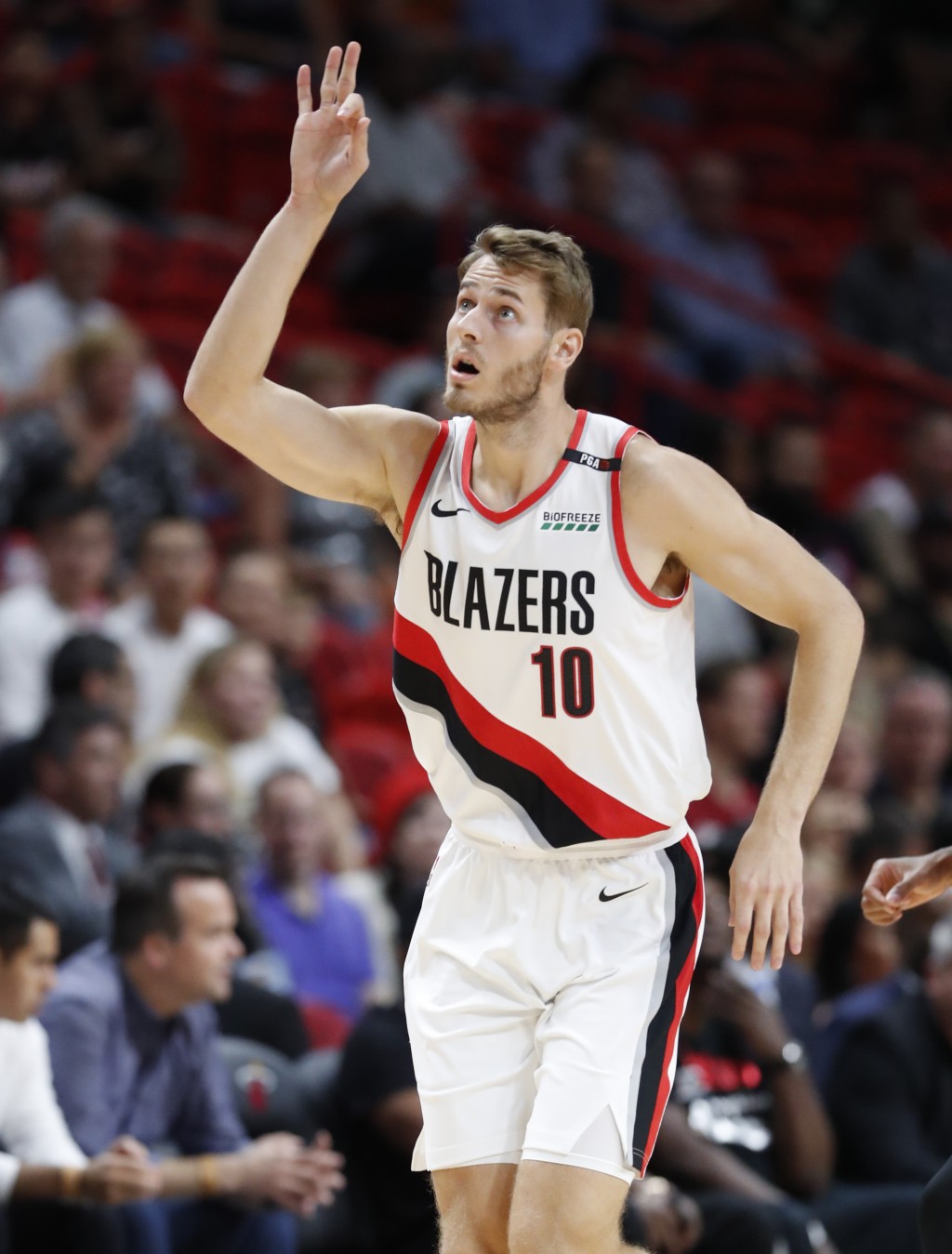 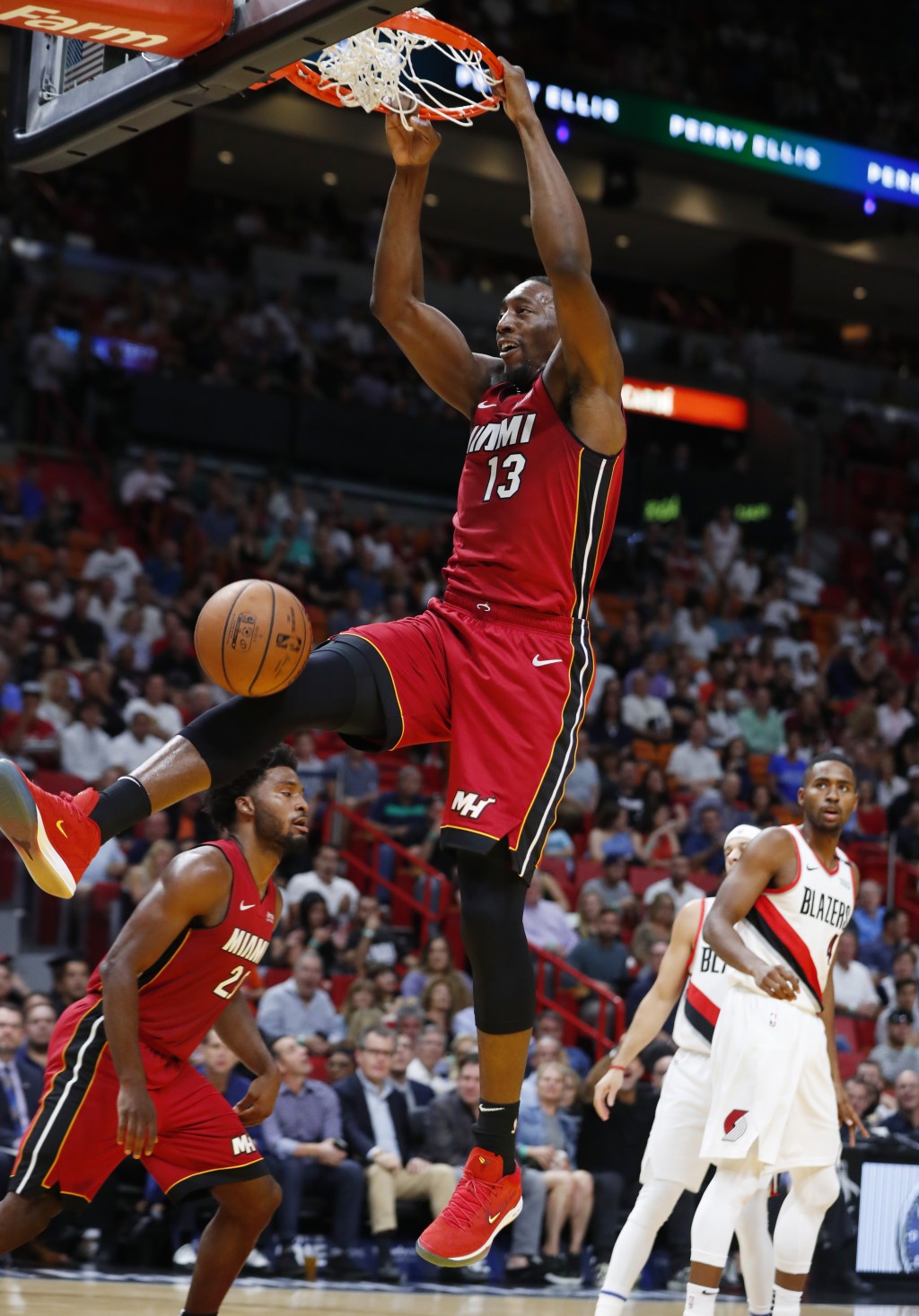 MIAMI (AP) — Goran Dragic scored 28 points, Dwyane Wade and Kelly Olynyk each had 19 and the Miami Heat scrambled in the final minutes to beat the Portland Trail Blazers 120-111 on Saturday night.

The Heat let a 19-point lead slip entirely away, and then found themselves trailing twice in the fourth quarter before outscoring Portland 19-7 in the final 3:52. Dragic's 3-pointer with just under a minute left all but sealed the win for Miami, putting the Heat up nine.

Damian Lillard led all scorers with 42 points for Portland, which had its five-game winning streak over Miami snapped. Lillard also had seven rebounds and six assists.

Rodney McGruder scored 14 points and Josh Richardson added 11 for the Heat, who got 16 rebounds and six blocks from Hassan Whiteside. CJ McCollum scored 19 for Portland, and Zach Collins finished with 13.

Lillard's 3-pointer with 5:38 left gave Portland its first lead since the opening minutes at 99-96, and a pair of free throws by Collins kept the Trail Blazers' lead at three with just under four minutes left.

From there, it was all Miami — sparked by a brilliant play from Dragic.

In transition, he slowed at the top of the 3-point arc knowing that he was about to get slammed into by Collins. The foul got called, Dragic made two of the three free throws, and his 3-pointer with 2:34 left put Miami ahead for good.

Trail Blazers: Lillard eclipsed the 11,000-point mark; he came into the night 31 shy of that, and had 32 through three quarters. ... Portland was outscored by 11 points in the opening quarter. The Blazers hadn't lost any quarter by more than four points in their first four games. ... Moe Harkless played 10 first-half minutes, and then didn't return because of left knee soreness. ... The 111 points were a season-low for Portland.

Heat: Dragic became the first Slovenian player to reach the 10,000-point mark in the NBA. He entered with 9,994. ... Wade made four 3-pointers in the first half — the first time he had four 3s in a half since Nov. 19, 2016, for Chicago against the Los Angeles Clippers. ... Justise Winslow (hamstring tightness) made his season debut and finished with 10 points. Wayne Ellington (ankle) was cleared to make his, but did not play.

Wade sparked an immediate 9-0 run the first time he checked into the game, and before long the Heat had total control of the early going. His fadeaway 3-pointer less than 2 minutes into the second gave Miami a 41-22 lead, the end of what was a 28-7 Heat spurt that took about 7½ minutes. Wade's falling-down, from-behind-the-backboard 3 with less than a second left sent Miami into the break with a 57-42 cushion.

The loss lowered Portland coach Terry Stotts' career record to 390-390. While his Portland teams have consistently been very good, his career record has somehow never been better than two games over .500.