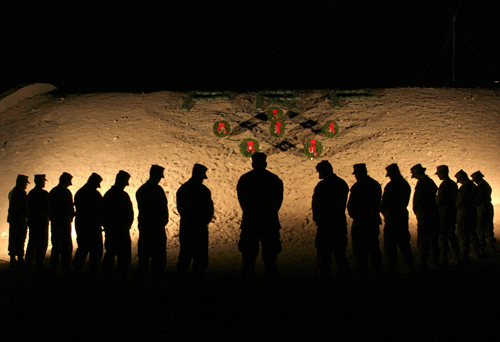 Iran's parliament voted yesterday to urge the government to "revise" ties with the U.N. nuclear agency in a move seen as likely to reduce the country's cooperation with the international atomic authority.
The vote came four days after the U.N. Security Council decided to impose limited sanctions on Iran for its refusal to cease enrichment of uranium - a process that produces the material for either nuclear reactors or bombs.
Members of Iran's ruling hierarchy had repeatedly urged the government to cut ties with the International Atomic Energy Agency, the U.N.'s nuclear watchdog, if the Security Council imposes sanctions.
Yesterday's vote in parliament stopped short of recommending a severance of relations with the IAEA, but it put the Vienna-based agency on notice that business would not be as usual.
The bill said that the government was "obliged to accelerate the country's peaceful nuclear program and revise in its cooperation with the International Atomic Energy Agency based on national interests."
In a session broadcast live on state radio, parliamentary speaker Gholam Ali Haddad Adel said: "Some 161 out of 203 present legislators voted in favor of the bill."
The government supported the bill. "This is a very helpful proposal," Deputy Foreign Minister Hamid Reza Asefi told the assembly. "I ask legislators to vote for it."
Before the vote, speaker Haddad Adel said the bill would not bind the government to a particular course of action.
"The bill gives a free hand to the government to decide on a range of reactions - from leaving the Nuclear Non-proliferation Treaty to remaining in the International Atomic Energy Agency and negotiating. We trust the government," Haddad Adel said.
Some legislators pushed for a bill that took a more aggressive line against the Vienna-based International Atomic Energy Agency, which they accused of being dominated by the United States.
"The draft is not appropriate to the United States' animosity to Iran," said legislator Hassan Kamran. "This is a weak draft. It should be stronger."
But other legislators said the bill should be thrown out.
"There is no need for the bill. We should lessen tensions," said legislator Noureddin Pirmoazzen.
For the bill to become law, it must be approved by the Guardian Council, a constitutional watchdog controlled by hard-line clerics.
The United States and some allies accuse Iran of using a civilian nuclear program as a cover for developing a nuclear bomb. Iran denies this, saying its program is strictly for generating electricity from nuclear fuel.