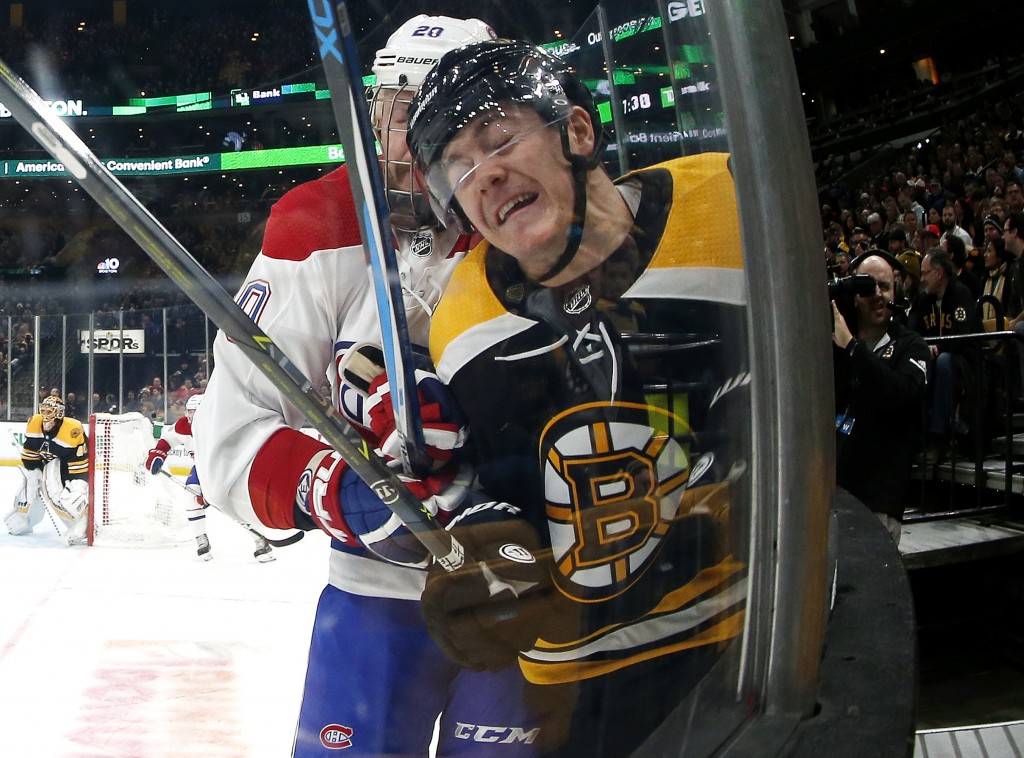 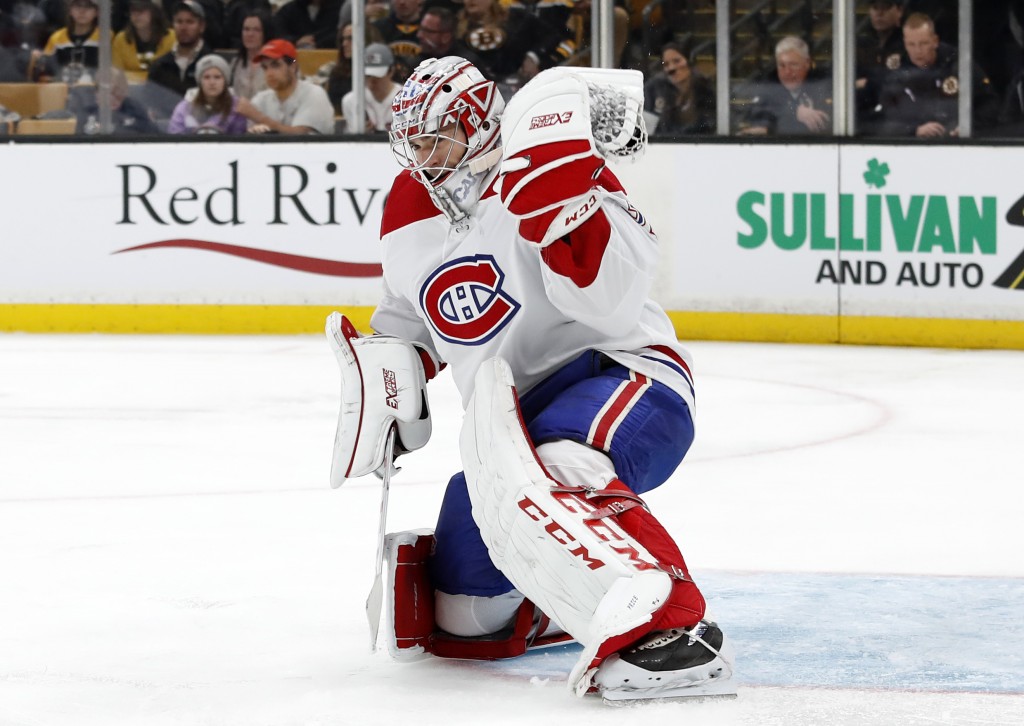 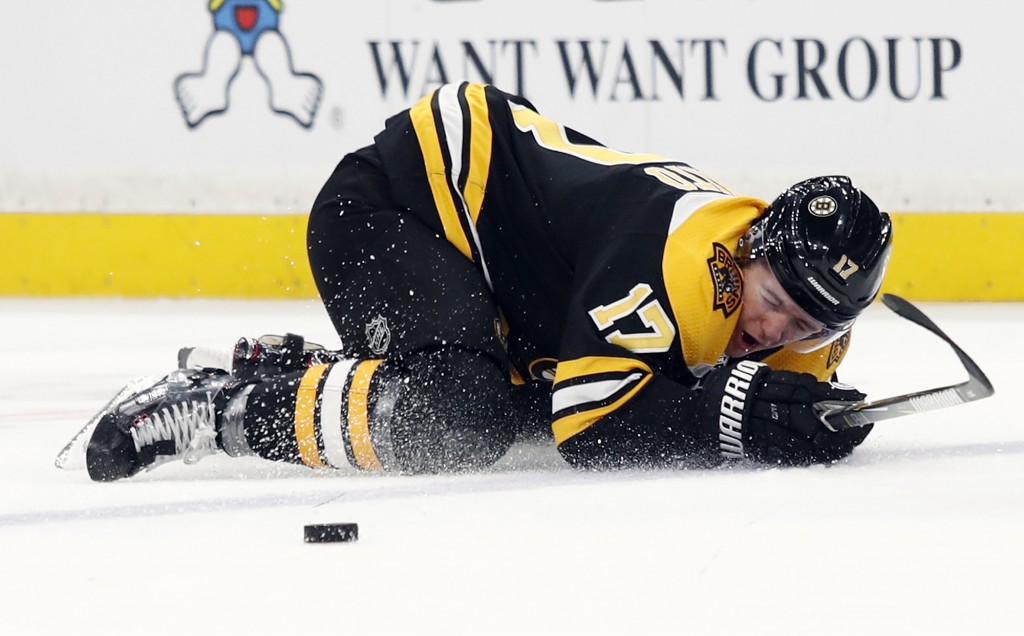 BOSTON (AP) — Brendan Gallagher and Max Domi scored 1:21 apart midway into the first period, and Carey Price made it standup with 33 saves for his first shutout of the season to lead the Montreal Canadiens to a 3-0 win over the Boston Bruins on Saturday night.

The Canadiens snapped a six-game losing streak against the Bruins, with the last victory coming at home on November 8, 2016. It was Price's 41st career shutout.

The Bruins lost for the first time at home this season after winning their first four — all in regulation. They were the last NHL team to lose at home. Tuukka Rask made 20 saves.

Gallagher gave the Canadiens a 1-0 lead 9:18 into the game when he beat Rask on a tough-angle shot. The winger fired a wrister from the right circle that slipped into the net between Rask's left arm and the post.

During a delayed penalty, Domi's hustle led to his goal that made it 2-0 at 10:39. Artturi Lehkonen was hooked breaking in alone and the puck slid behind the net where it collected it and sent it out front. Domi charged in, got the puck and shifted Rask out of position before firing it into the net under the cross bar.

The game lacked any real intensity in the first meeting of the season between the longtime rivals; mainly because Montreal dominated defensively, limiting Boston's chances with tight defense.

The Bruins pulled Rask with just under three minutes to play for an extra skater, and even that didn't get them any good scoring chances before Jordie Benn banked home any empty-netter with 29 seconds left.

Boston's Ryan Donato had a goal waved off early in the second period after a coach's challenge. The play was ruled offside after a replay review.

Boston's lack of offensive punch in the opening two periods did very little to excite the sold-out crowd. Even a video showing Red Sox highlights only brought loud cheers for a few seconds.

Montreal's defense did a good job of giving up most of the shots from far outside where Price was able to handle them easily. The Bruins' best bid came in the closing seconds of second period when Price made a splendid glove save on Joakim Nordtsrom's wrist shot.

NOTES: Domi extended his point streak to six games (five goals, three assists). ... Bruins D Charlie McAvoy and F David Backes each missed their fourth straight game with what the team called an upper body injury. ... Price entered with a solid regular season record in his career against Boston: 24-11-5 with a 2.42 goals-against average. ... It was the Bruins' 390h straight sellout at TD Garden.

Bruins: At the Carolina Hurricanes on Tuesday.