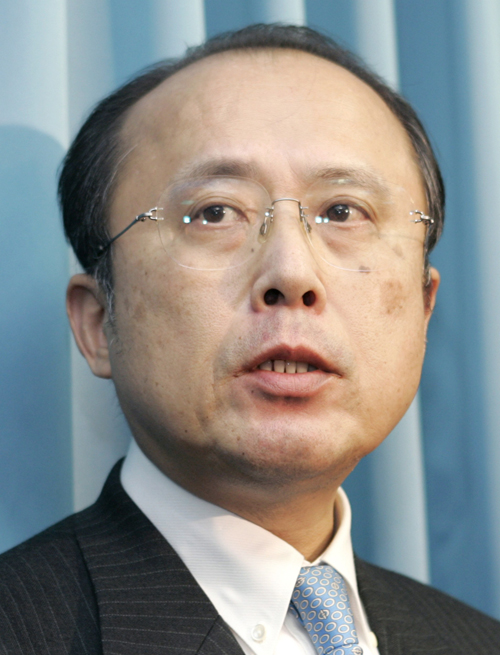 Japan's minister for administrative reform, Genichiro Sata, announced yesterday he would resign after finding a group of his political supporters had filed "inappropriate" financial statements - becoming the second appointee of Prime Minister Shinzo Abe to step down in a week.
Sata, 54, apologised for the incident at a news conference in Tokyo.
"As a politician, the most important thing right now is budget deliberations in next year's parliamentary session and in order that important bills can pass I must not cause a political crisis, so I decided to resign," he told reporters.
Abe's approval ratings have been falling since he took office in September, in part because of concerns that he was reviving the long-ruling Liberal Democratic Party's (LDP) old-style politics, in which lawmakers wooed special interest groups with public works and other tax-funded measures.
Last week, Abe's point man on tax reform, Masaaki Homma, resigned as head of a government tax panel after reports that he was living with a mistress in an upscale apartment subsidised with taxpayers' money, while his wife remained at the couple's home in Osaka.
Japanese media had said Sata's political support group reported some 78 million yen ($650,000) in office expenses in financial statements from 1990 to 2000 for an office that did not exist. The group has since disbanded, the reports said.
Abe was expected to comment on the matter at a news conference later in the day.
How big a blow Abe's government will suffer remains to be seen. Hidenori Suezawa, a government bond strategist at Daiwa SMBC who follows politics, said the prime minister had moved swiftly to resolve the furore and noted that there was more than half a year until the LDP faces anupper house election in July.
"It is a fact that it was dealt with swiftly. But restoring his support rates will be the biggest problem ahead," Suezawa said.