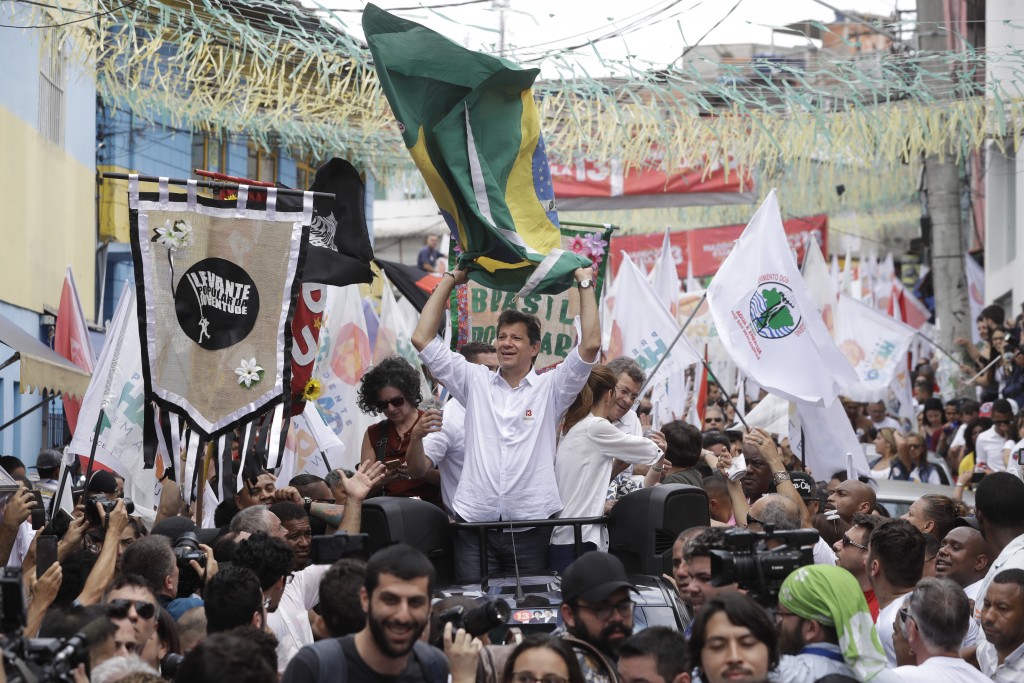 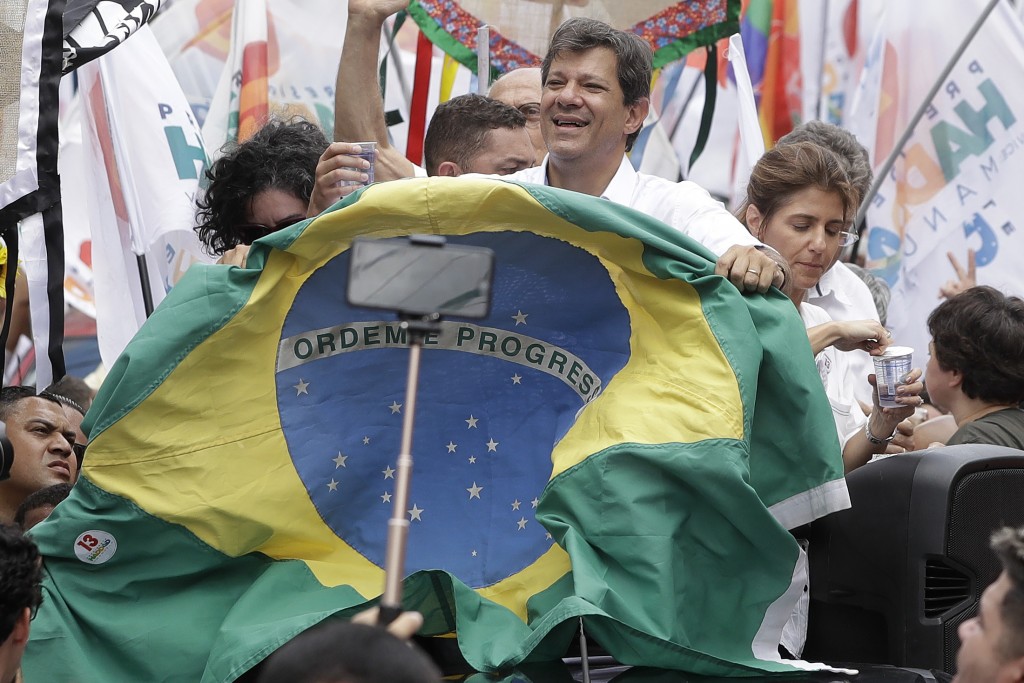 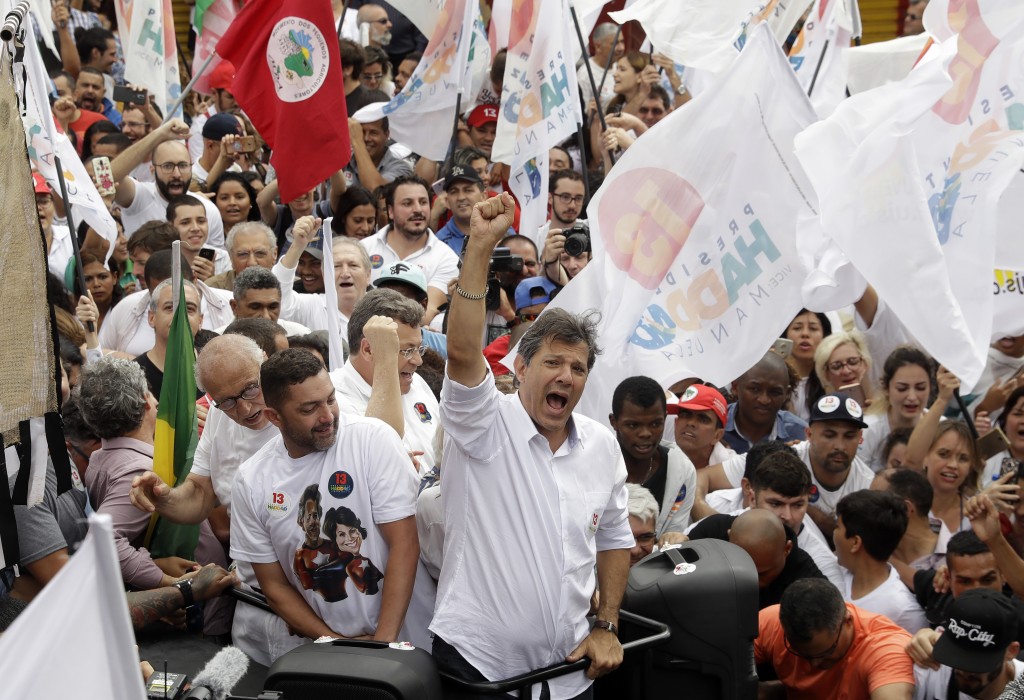 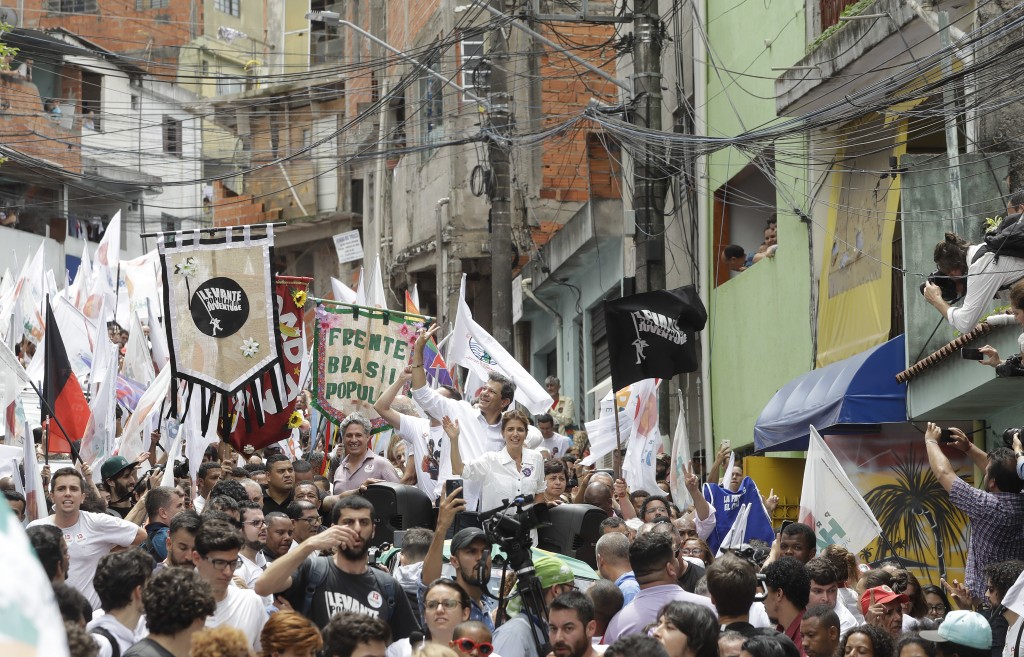 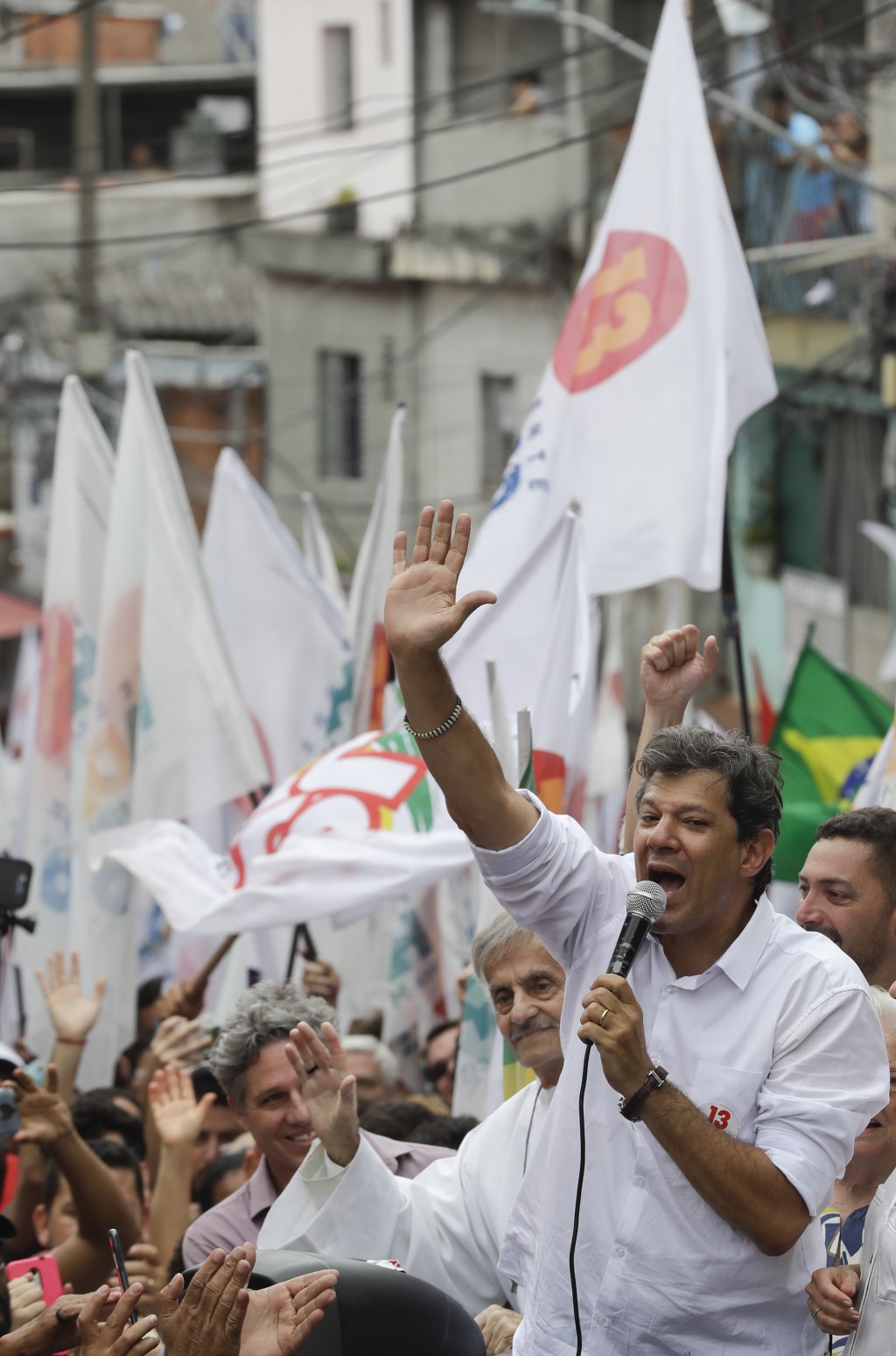 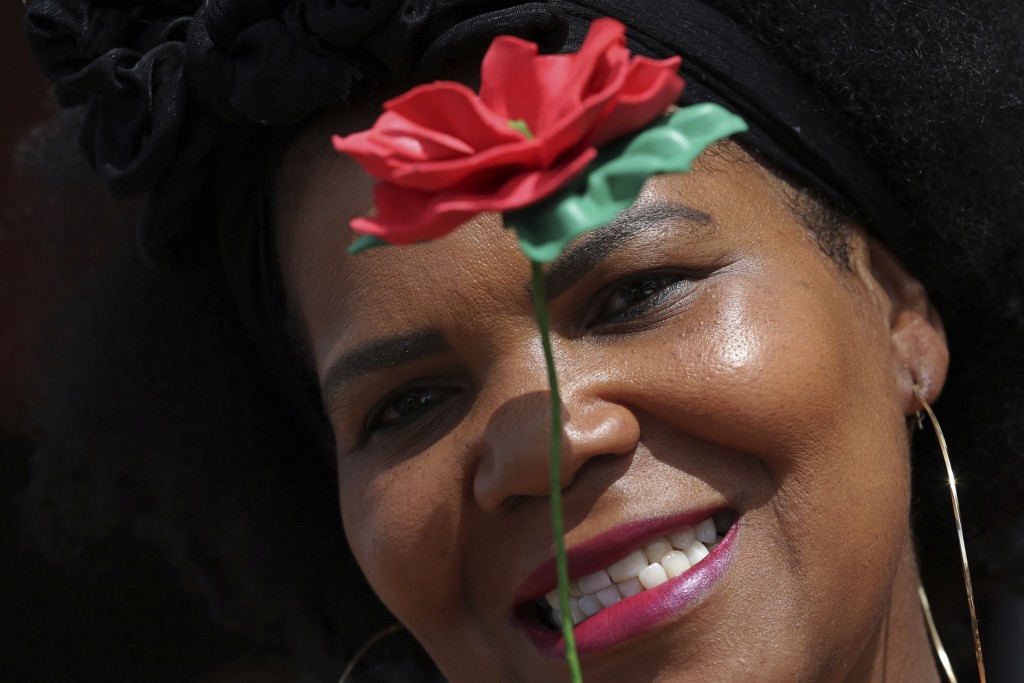 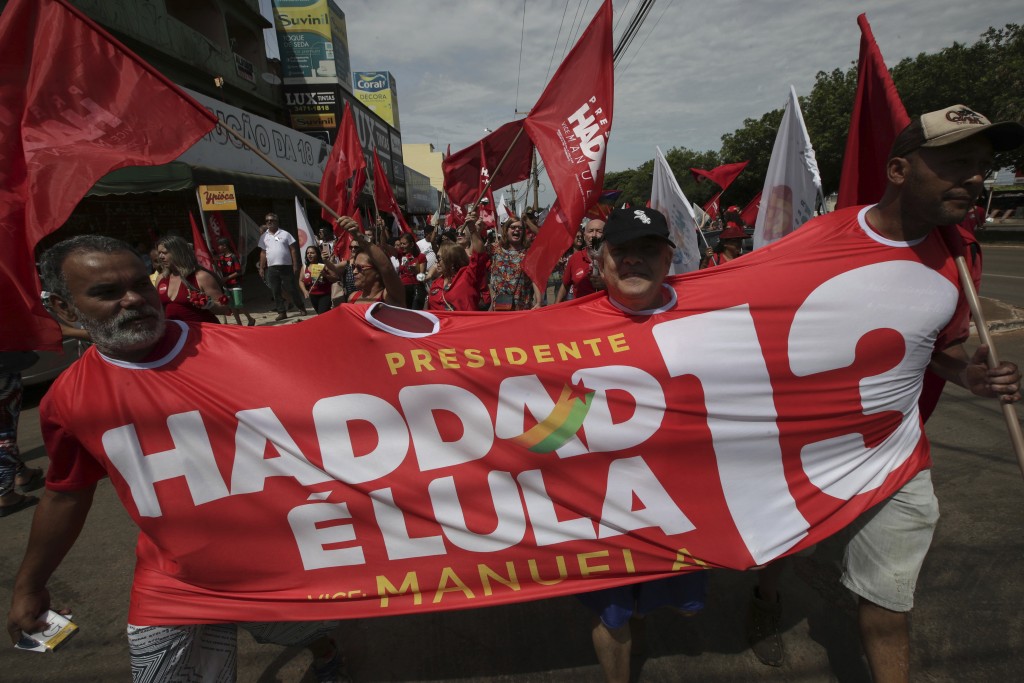 Haddad said on Saturday that violence will increase if gun laws are loosened, one of the things far-right front-runner Jair Bolsonaro has promised to do.

The left-leaning underdog for Sunday's runoff spoke during a rally in Heliopolis, Sao Paulo's biggest favela with more than 100,000 residents.

Bolsonaro, a former army captain, got the most votes in the first round of voting on Oct. 7

His campaign didn't announce plans for an event Saturday.