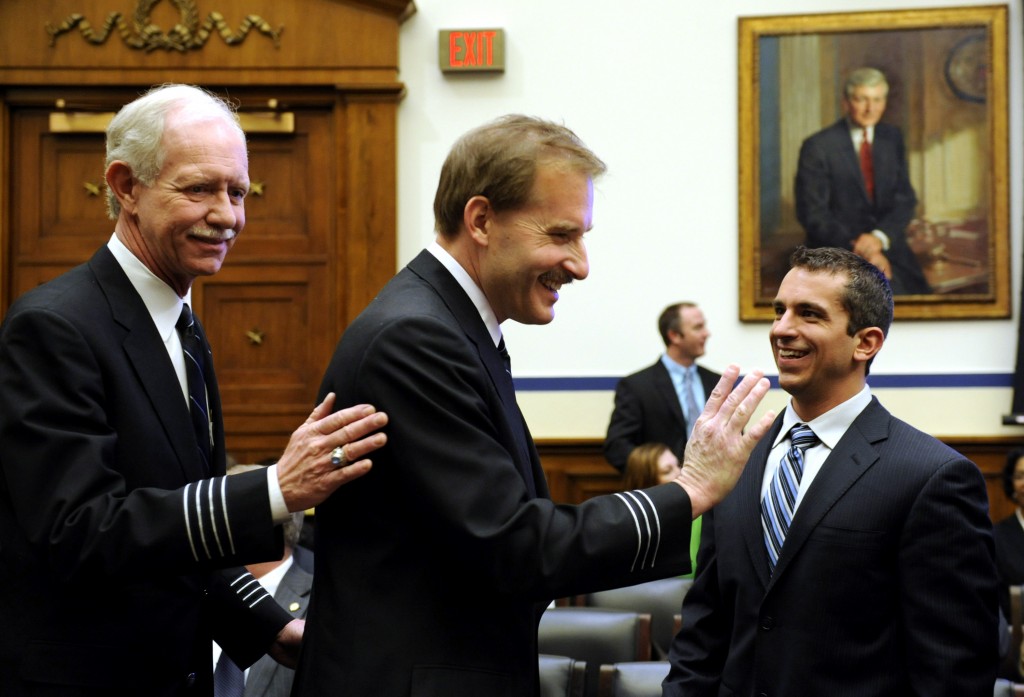 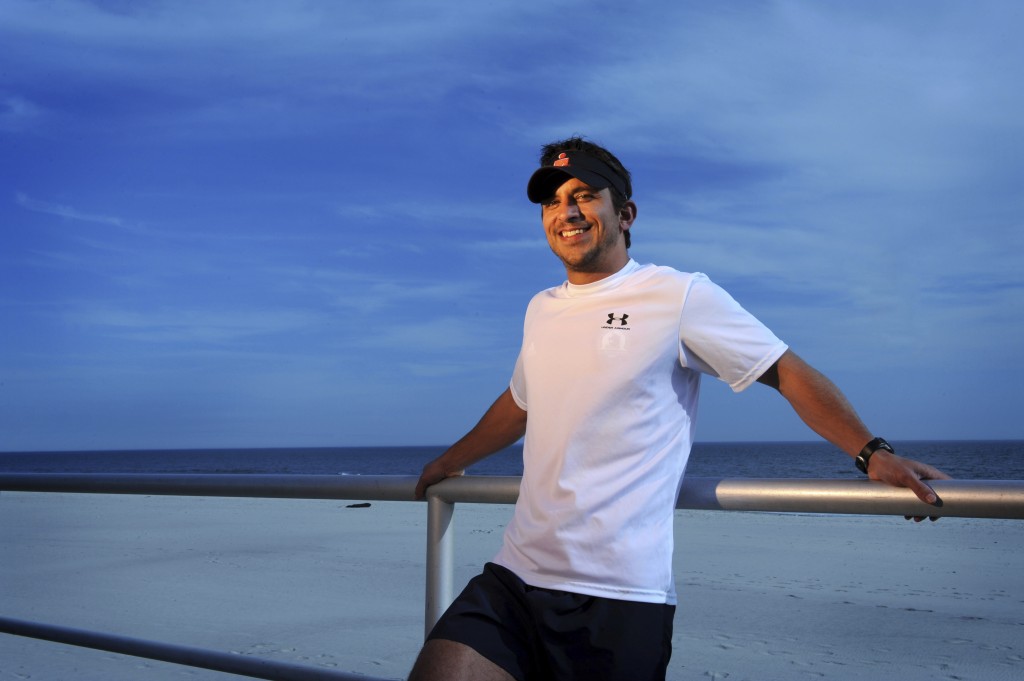 NEW YORK (AP) — The image is miraculous: Passengers standing on the wings of a US Airways jetliner as it floats down the Hudson River.

Pilot Chesley "Sully" Sullenberger and air traffic controller Pat Harten are forever linked by the amazing water landing that saved all 155 passengers and crew after a double-bird strike damaged both engines on Jan. 15, 2009.

Approaching the 10th anniversary of the "Miracle on the Hudson," Sullenberger and Harten will meet at the finish line of the New York City Marathon. Sullenberger will put the finisher's medal around Harten's neck in Central Park on Nov. 4.

"We think the world of Patrick, we're going to be very honored and excited to be there to cheer him on," said Sullenberger, who will attend with wife Lorrie. "We worked together seamlessly in one of the most dire situations anyone can imagine to try to save every single life."

Harten is a second-generation air traffic controller, following the path of his father and 36-year veteran, Patrick Harten Sr. The younger Harten attended air traffic control school in Alaska after earning a degree in chemistry from Stony Brook University.

His father, who ran the 1985 NYC Marathon, introduced him to the sport. They started running together when Harten was 9, and he finished a half-marathon at 10. He's also competed in three Ironman triathlons — a 2.4-mile swim, 112-mile bike and 26.2-mile marathon.

"I've got tons of mileage on my legs," Harten told The Associated Press in a phone interview. "It's a convergence of two very important aspects of my life — running with my father and you have the whole 'Miracle of the Hudson.'"

The bond between Harten and Sullenberger was forged on that 19-degree winter day. Flight 1549 left LaGuardia Airport and, shortly after takeoff, a flock of Canadian geese damaged both engines. Sullenberger asked Harten about landing at nearby Teterboro Airport in New Jersey, in case he got thrust back in one of the engines.

"Off to the left he had LaGuardia, off to the right he had Teterboro, further on down the line he had Newark," Harten said. "I was just basically making sure all options were available for him."

"It was obvious that he was a real pro," Sullenberger said in a phone interview with the AP. "You hear the dedication in Patrick's voice. Trying to get us back to a runway, any runway."

"We had to collaborate wordlessly and quickly realized there were only three options," Sullenberger said. "Two that we could not reach because we just didn't have enough energy or enough altitude or speed. The only place in the entire New York area that we could make was the river.

"I had to keep the wings exact level, I had to start the landing at the proper height, not too high and not too low to be able to touch the water with the least rate of descent and in the proper slightly nose-up attitude. I had to do a lot of things exactly right in those last few seconds simultaneously."

Sullenberger and Harten had about four minutes between the bird strike at 3:27 p.m. and ditching into the Hudson River at 3:31 p.m. Sullenberger credits four decades and "thousands of hours" of flight experience for the successful outcome. The first New York Waterway ferry reached the plane in just under four minutes, he said.

"The fact that we, the rescuers and first responders, were all able to come together to rise to the occasion and make it our mission in life to see everyone was saved is something that will define the rest of our lives," Sullenberger said.

Harten thought all the passengers perished after he lost radar contact when the plane dipped below the New York skyscrapers. Protocol required quickly leaving his position, reviewing the incident and preparing an official statement.

After about 45 minutes, a co-worker in the break room suggested someone should "probably go tell Patty that everyone is OK," Harten said. "Somebody came down and said to me, 'I think it looks like everyone made it.' I thought they were messing with me at first. In my mind, I thought they had all died.

Sullenberger requested the pilot union's critical incident response team come to New York and provide survivors with a "road map" of expected symptoms — how the near-death experience would affect their thinking and sleep.

"We all experienced PTSD," the 67-year-old Sullenberger said. "It took a number of months to work our way through it. But people can be resilient.

"The critical insight for me, personally, was when I realized that I had to make this experience a part of me and not just something that happened to me. I had to be able to somehow integrate that into my psyche. And make it part of what makes me who I am."

Harten had the support of wife Regina, mother Mary, three siblings and his father.

"My dad could kind of help because he could relate to it more than the average person," said Harten, who is approaching 20 years as an air traffic controller, working six days a week, up to 10 hours a day.

Running also helped him cope, along with six weeks of therapy.

"I put the treadmill up to 10 mph and I just ran hard and held on for as long as I could," Harten said. "Whatever mental anguish I was feeling at the time, I'd replace it with physical pain."

These days, the 44-year-old Harten trains on the boardwalk in Long Beach, New York. He's recently been slowed by leg cramps, but bikes to maintain his fitness. Whether he can "run a 3:20" or "walk after Mile 2," Harten says he'll get to the finish line.

"Running can be very therapeutic and you're going out there on your own. I don't listen to head phones. You kind of mentally work through stuff," he said. "We spend so much time on electronics and we're always exposed to some kind of entertainment. I don't think people spend enough time just thinking. Going out for a run is the perfect excuse to do that."

When he's not outdoors hiking with his wife, Sullenberger speaks about air safety, talks to veterans about resources for PTSD and advises on design safety for driverless cars.

The real passengers and crew will gather for the 10th anniversary at the Carolinas Aviation Museum, home to the reconstructed Airbus A320, in Charlotte, North Carolina.

"I call them the 1549 family," Harten said. "Sully is like the patriarch of the family. I think I can speak for just about everyone on that flight: He's the man."