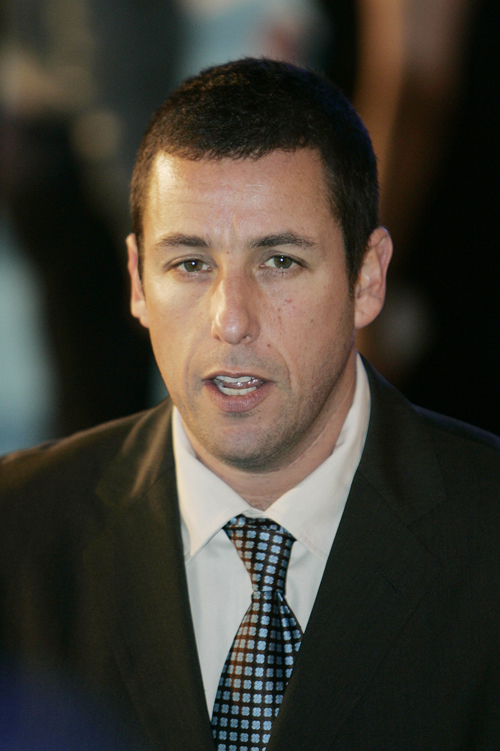 Adam Sandler, a New Hampshire native, helped brighten Christmas for a sister and brother who are struggling with cancer.
The 40-year-old actor, whose movie credits include "The Longest Yard," "50 First Dates" and "Mr. Deeds," sent a Sony Corp. PlayStation 3 loaded with games to 15-year-old Stephanie and 18-year-old Kevin Hudon of Manchester. Sandler also sent signed DVDs, jerseys and an autographed "Longest Yard" poster.
Stephanie has bone cancer that recently spread to her lungs. She is scheduled for surgery January 8. Kevin was diagnosed with Hodgkin's lymphoma in November and is undergoing chemotherapy.
Christine Monahan, a teacher at Manchester Memorial High School, said the package from Sandler arrived last week. Monahan has been helping raise money for the family.
Memorial High senior Nathan Burditt camped out 34 hours last month to buy a PlayStation 3 and then, on Monahan's suggestion, gave the video game console as a prize in a fundraising raffle.
Monahan said in a phone interview Tuesday, "I was completely sarcastic." But Burditt, 18, took her seriously.
His explanation is simple. "I've had my tough times," he said Tuesday of medical problems that included frequent trips to a Boston hospital as a child and heart surgery last summer.
Burditt's donation of the US$600 video game console sent the fundraising project to a new level. Monahan had hoped to raise US$500 to help the Hudon family pay some bills and buy Christmas gifts. Instead, the project raised US$21,000.
"Everybody out there, I just wanted to say 'thank you' and my family thanks you," Stephanie said.
Meanwhile, Burditt won his PlayStation 3 back - albeit reluctantly.
Monahan said that wasn't a big surprise since many people buying tickets wrote his name on them.
Burditt wanted to sell it and donate the money to the Hudons, but the family said no.