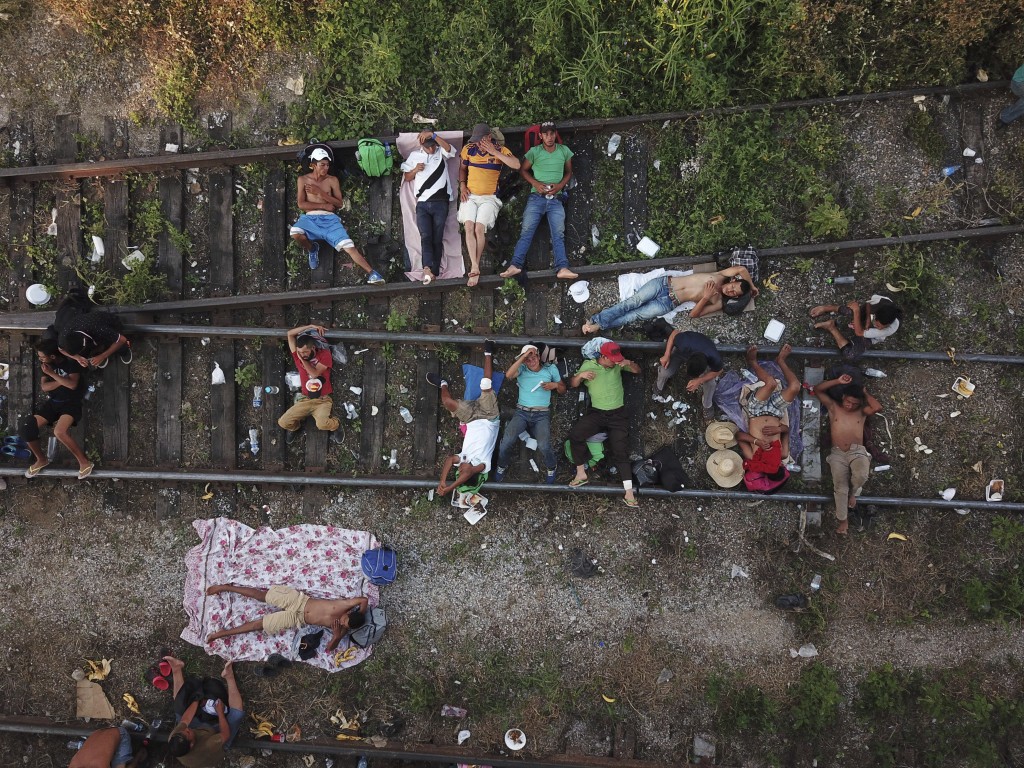 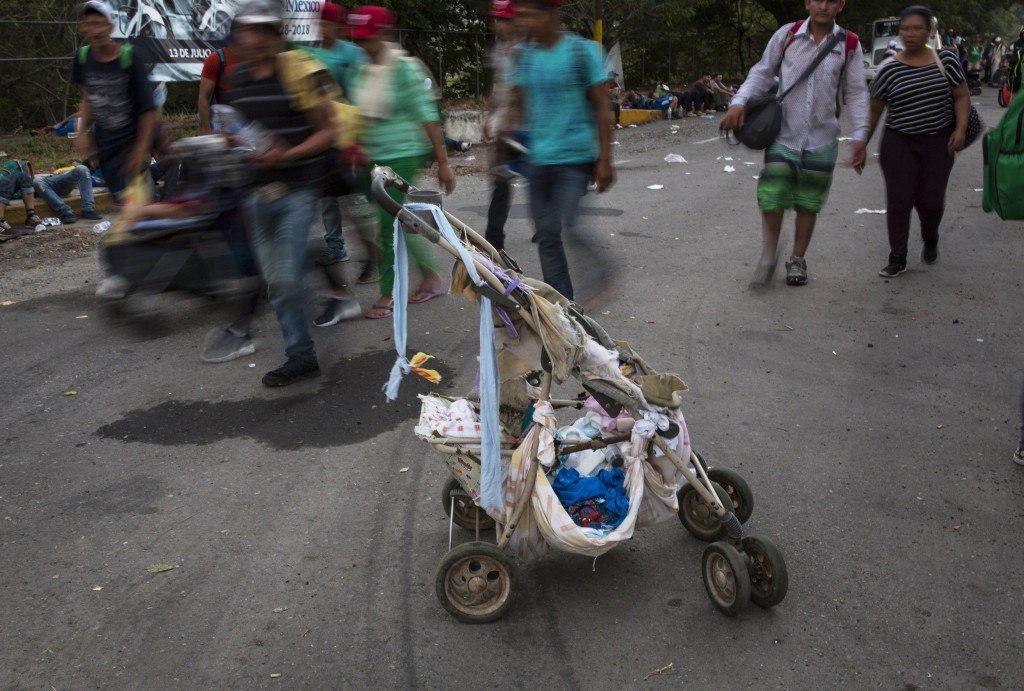 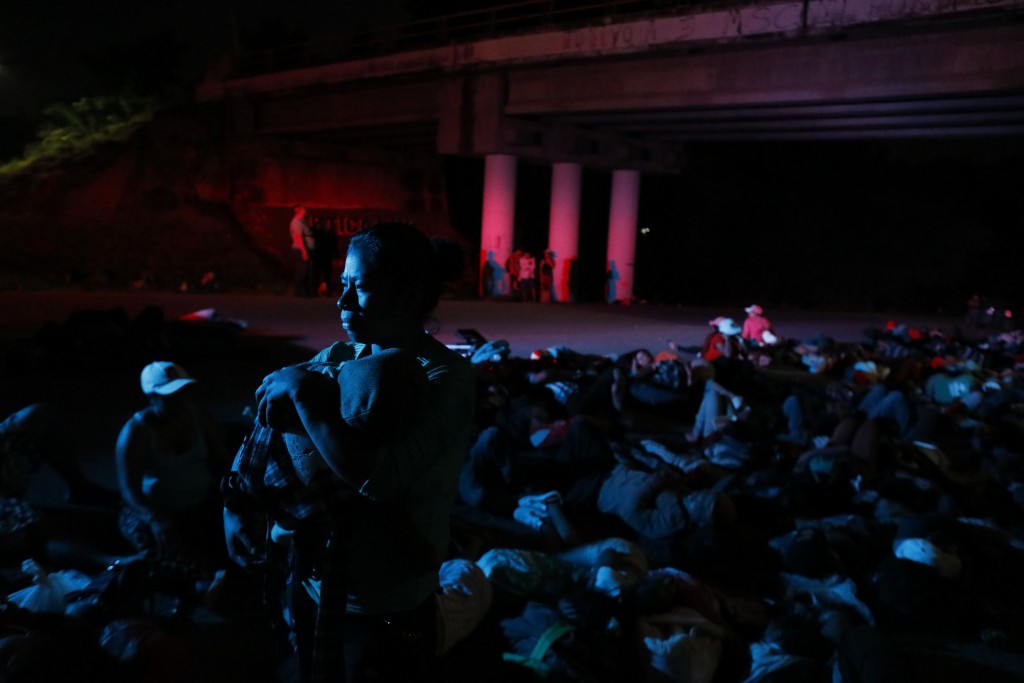 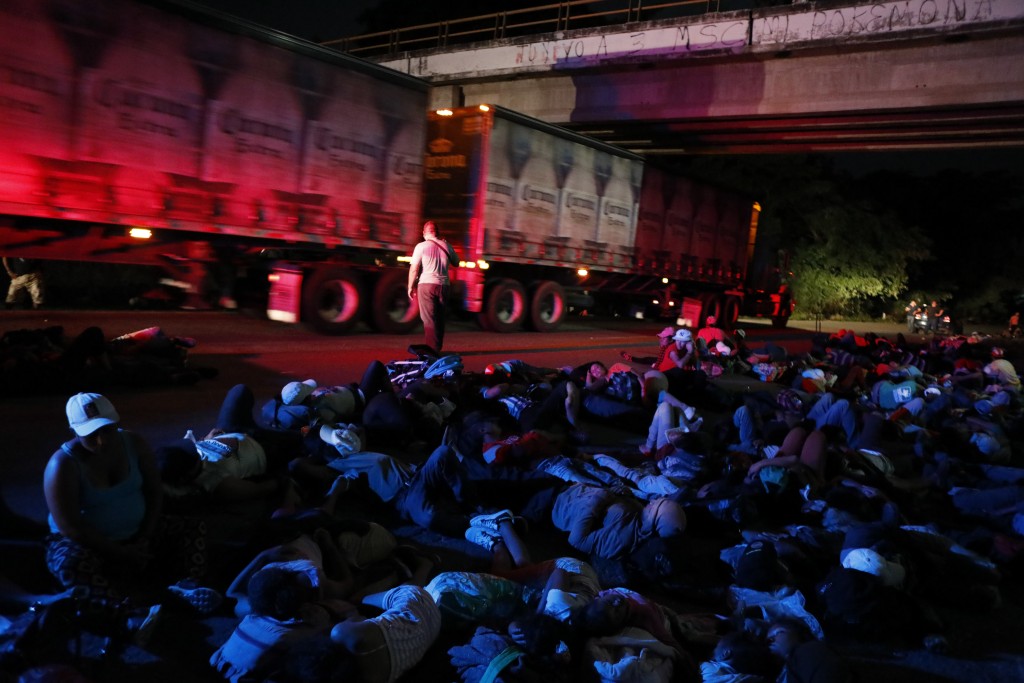 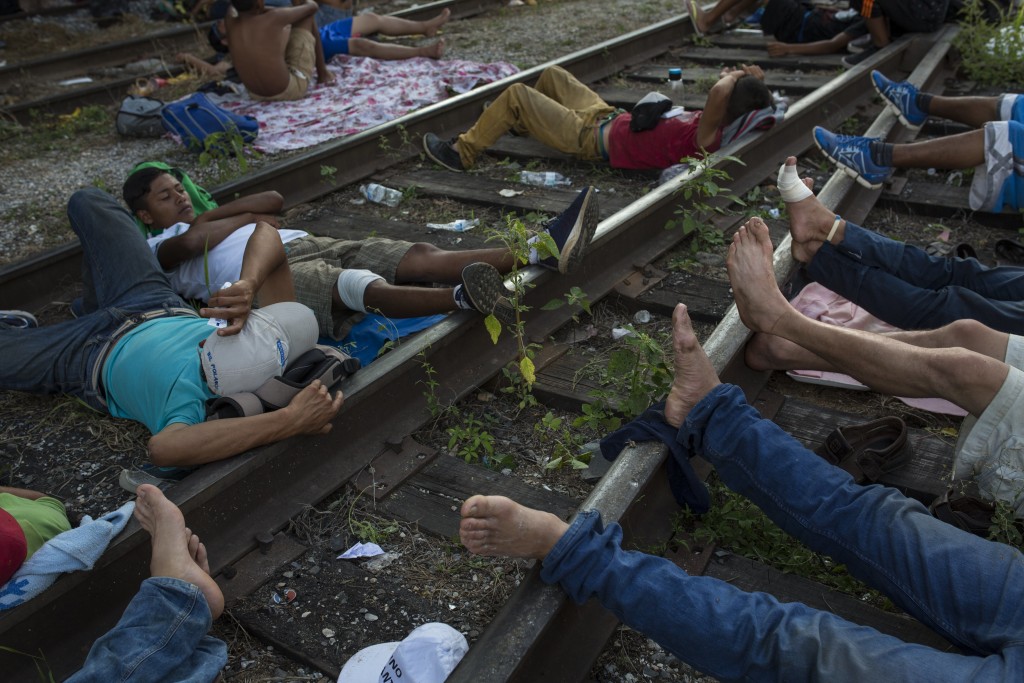 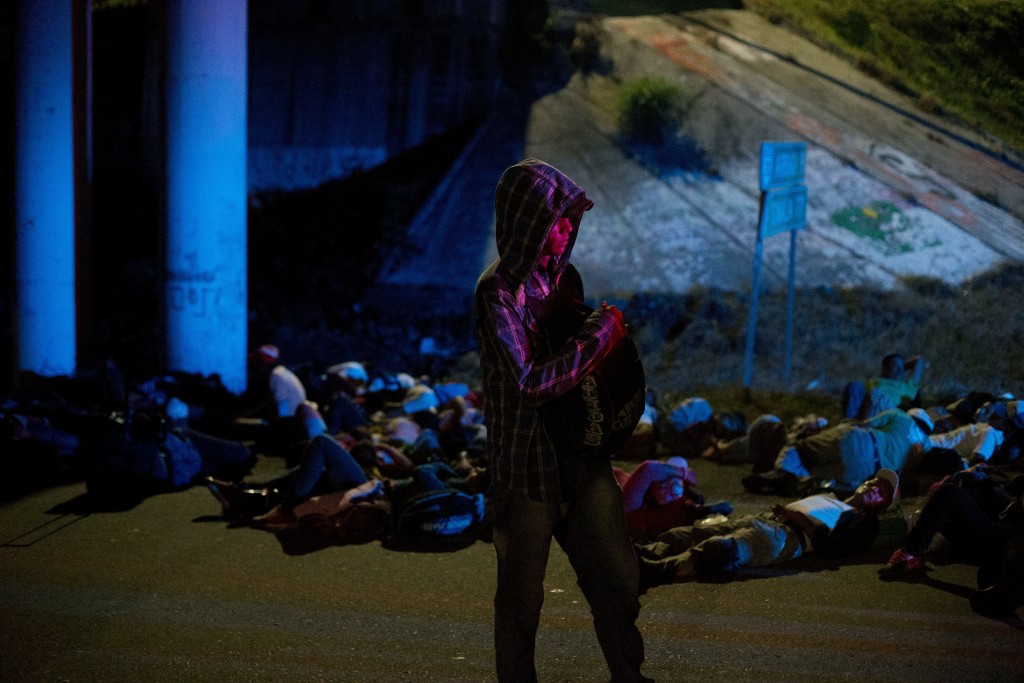 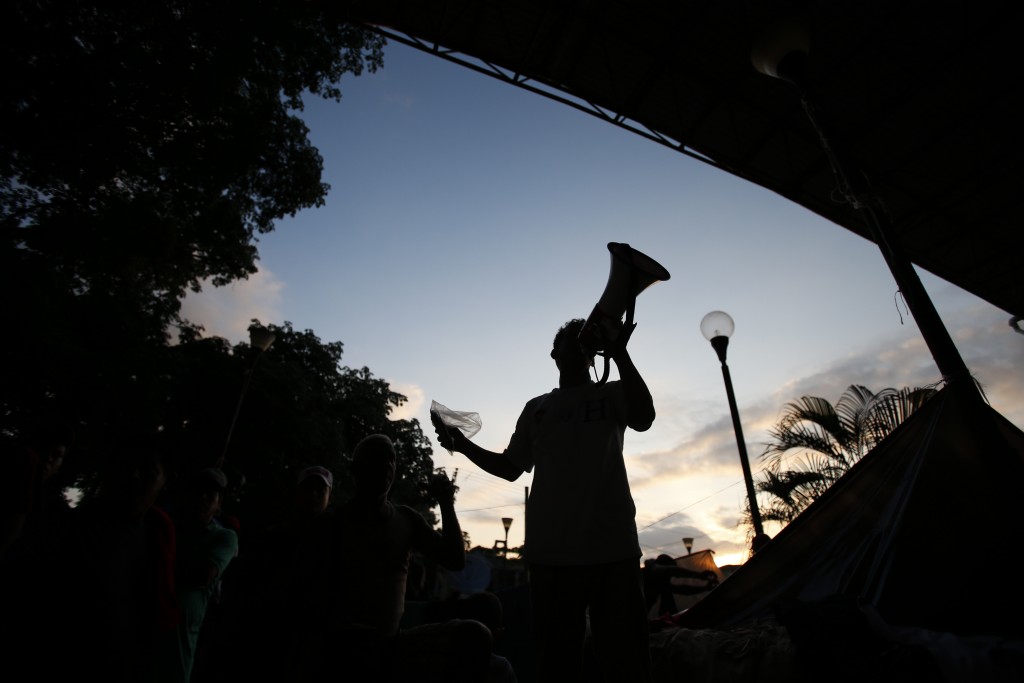 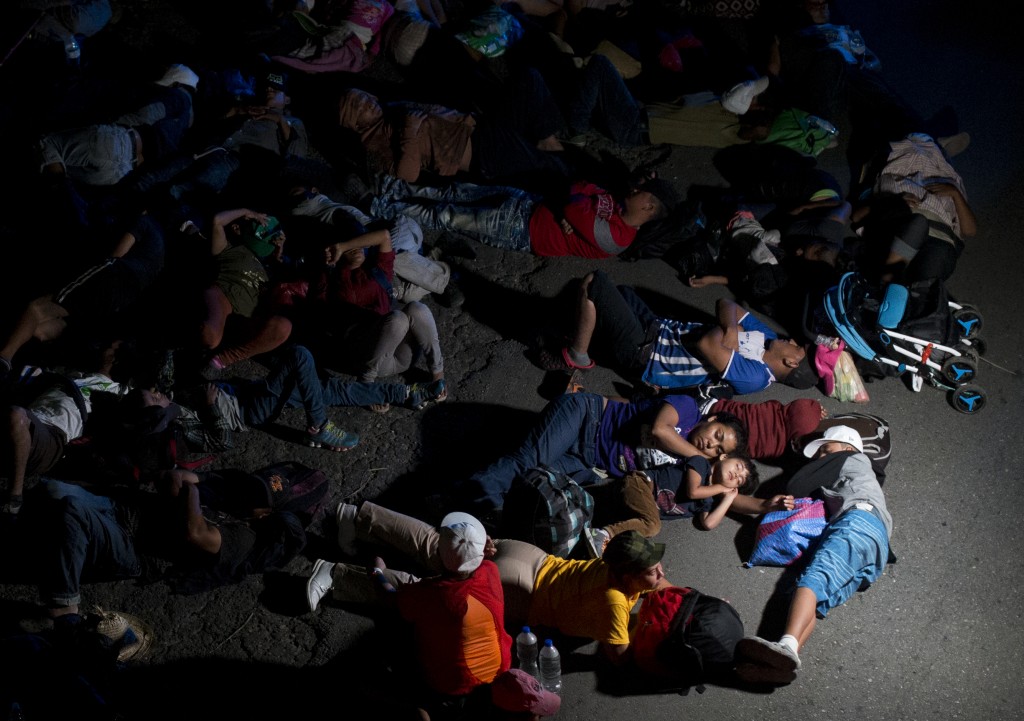 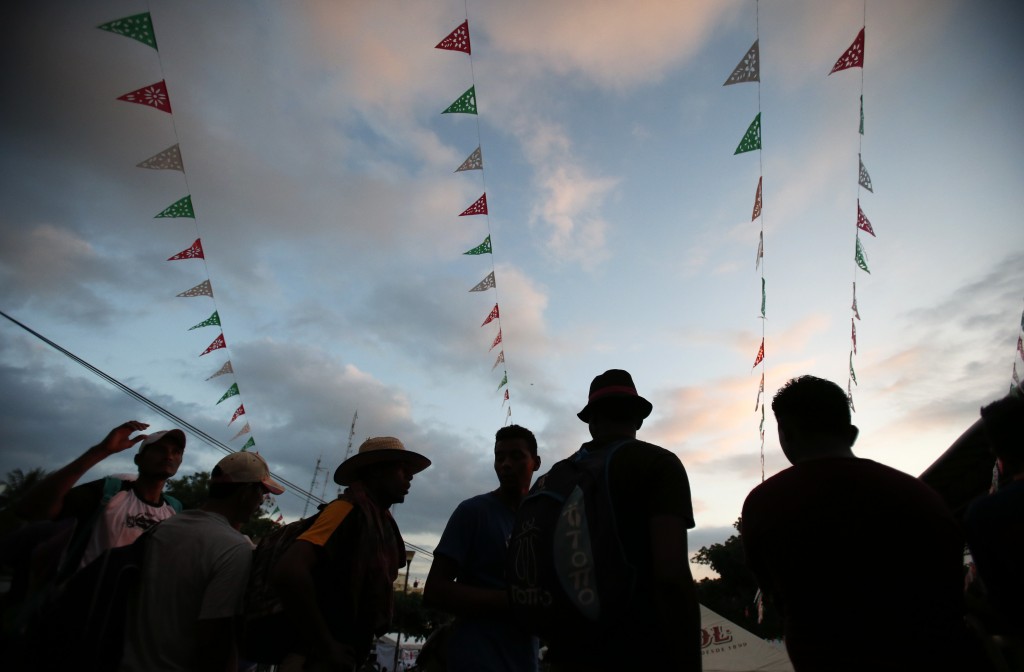 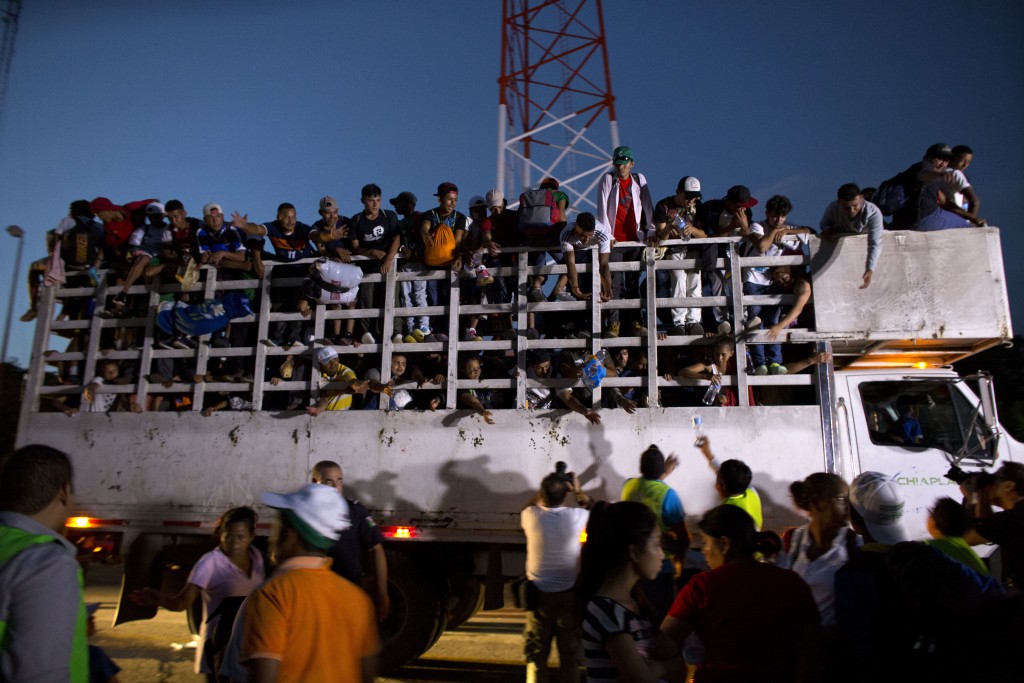 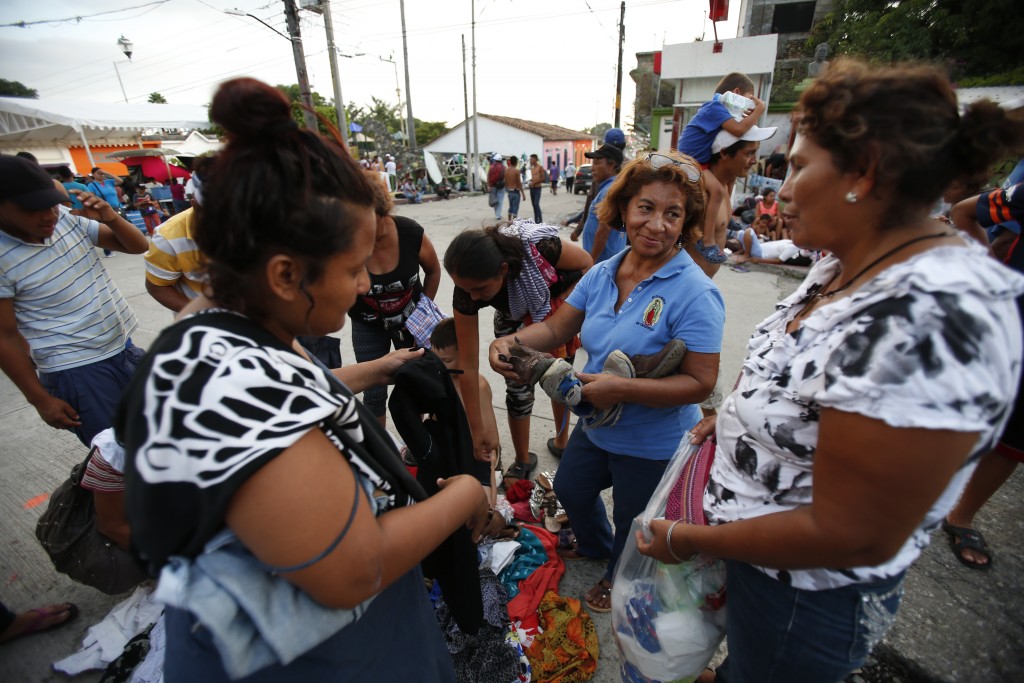 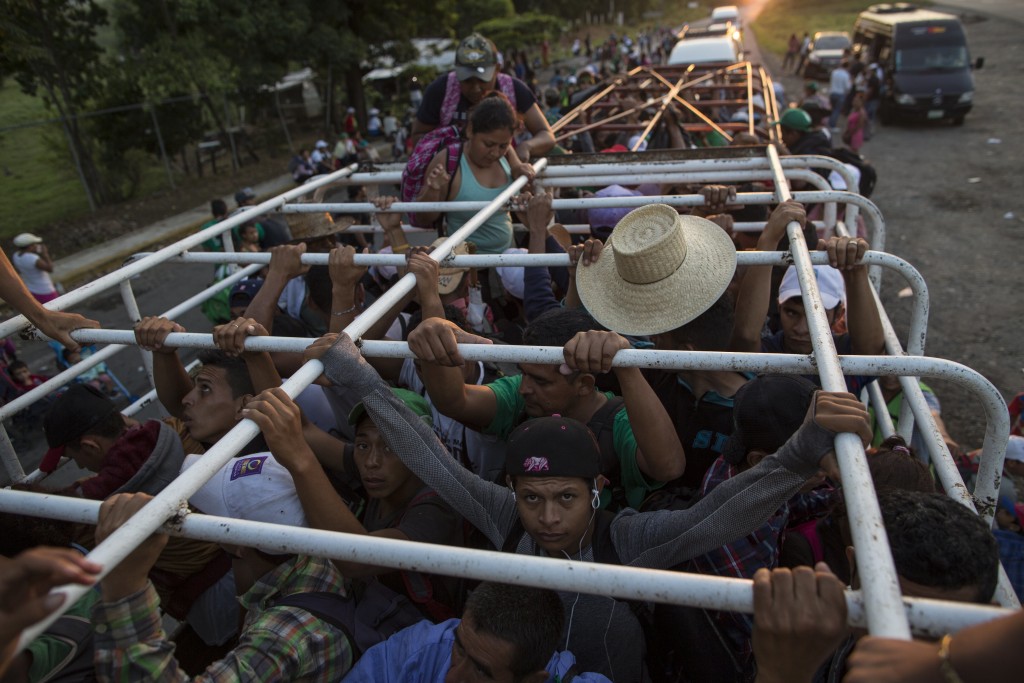 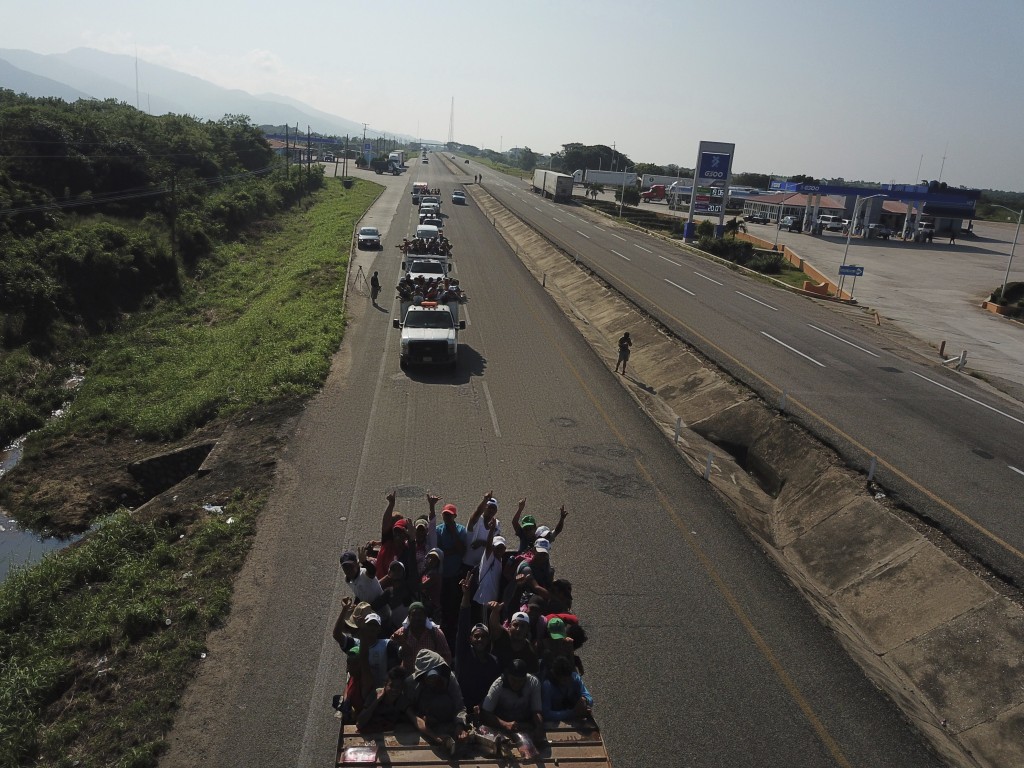 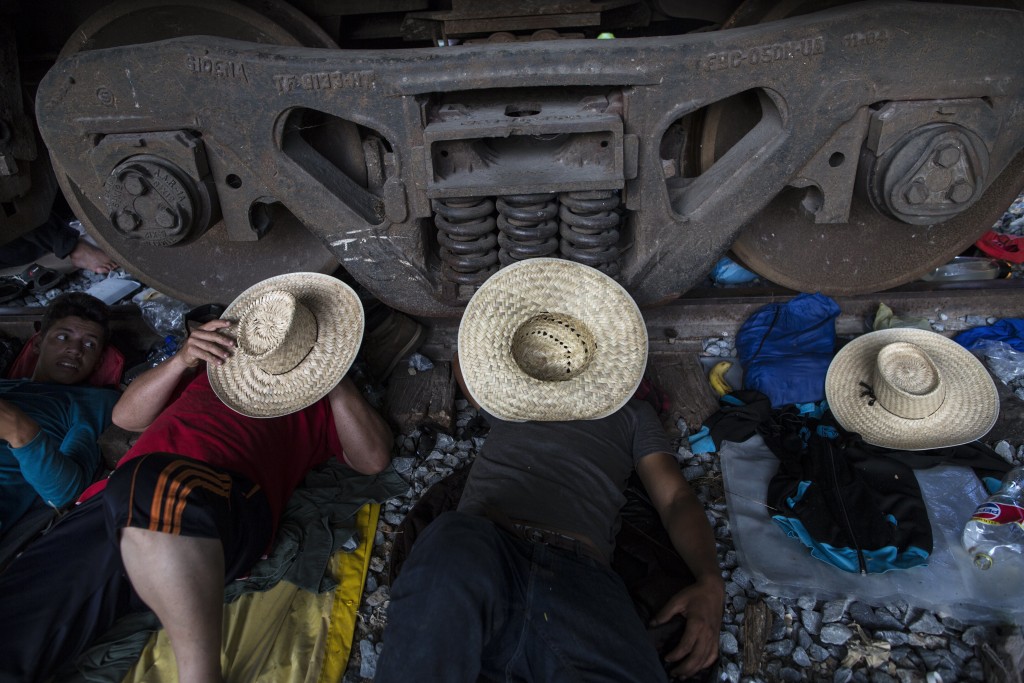 ARRIAGA, Mexico (AP) — The Latest on the caravan of Central American migrants hoping to travel through Mexico to the U.S. (all times local):

Hundreds of Mexican federal officers carrying plastic shields have blocked a Central American caravan from advancing toward the United States, after several thousand of the migrants turned down a chance to apply for refugee status and obtain a Mexican offer of benefits.

A standoff unfolded Saturday as federal police officers blocked the highway, saying there was an operation underway to stop the caravan. On the northern side of the city of Arriaga, thousands of migrants remained on the highway waiting to advance.

At a meeting brokered by Mexico's National Human Rights Commission, police said they would reopen the highway and only wanted an opportunity for authorities to explain Mexican President Enrique Pena Nieto's offer of shelter, medical attention, schooling and jobs to Central Americans. Migrants rejected the plan Friday night and said they want to at least arrive safely in Mexico City to discuss the topic further.

They agreed to relay information back to their respective sides and said they would reconvene.

Several thousand Central American migrants have turned down a chance to apply for refugee status and obtain a Mexican offer of benefits, vowing to set out before dawn Saturday to continue their long trek toward the U.S. border.

Mexican President Enrique Pena Nieto announced what he called the "You are at home" plan, offering shelter, medical attention, schooling and jobs to Central Americans in Chiapas and Oaxaca states if they applied, calling it a first step toward permanent refugee status. Authorities said more than 1,700 had already applied for refugee status.

But after one of the caravan's longest days of walking, the bulk of the migrants were boisterous Friday evening in their refusal to accept anything less than safe passage to the U.S. border.