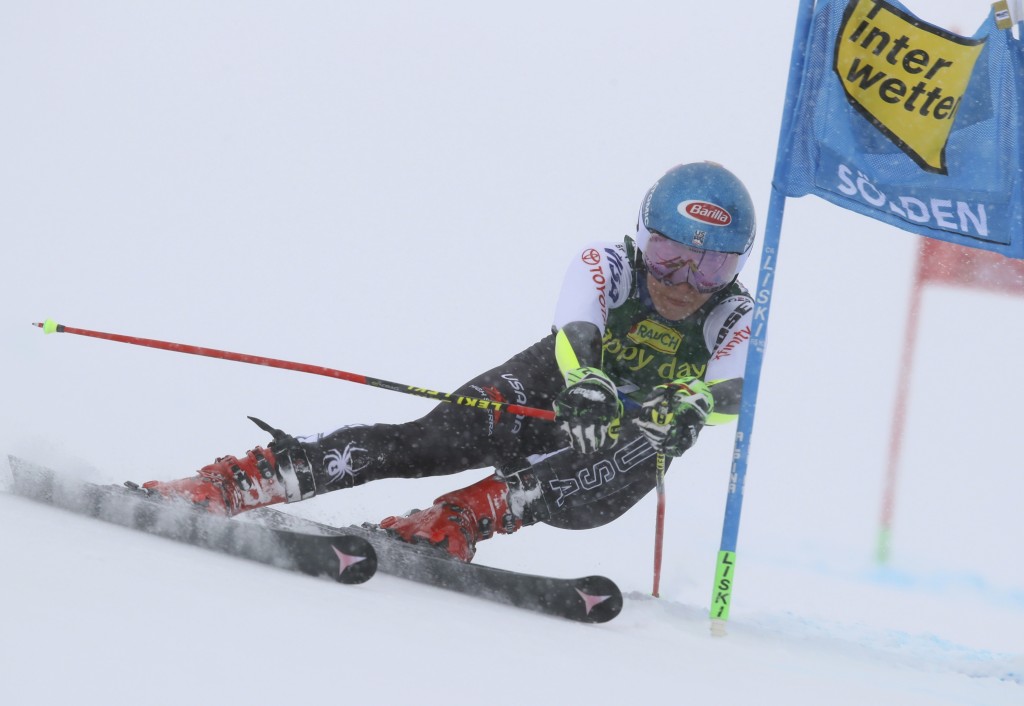 In dense snowfall on the Rettenbach glacier, the Italian posted 58.71 seconds to lead Viktoria Rebensburg of Germany by 0.24. Brignone won the race here three years ago.

World champion Tessa Worley of France was in third position, 0.40 off the lead, and Olympic GS gold medalist Mikaela Shiffrin was fourth, with six tenths of a second to make up in the second run.

With many racers struggling, only the 10 fastest racers finished within two seconds of Brignone's leading time.

Low clouds hanging over parts of the course forced organizers to lower the start gate. More snowfall and increasing winds were predicted for the second run.