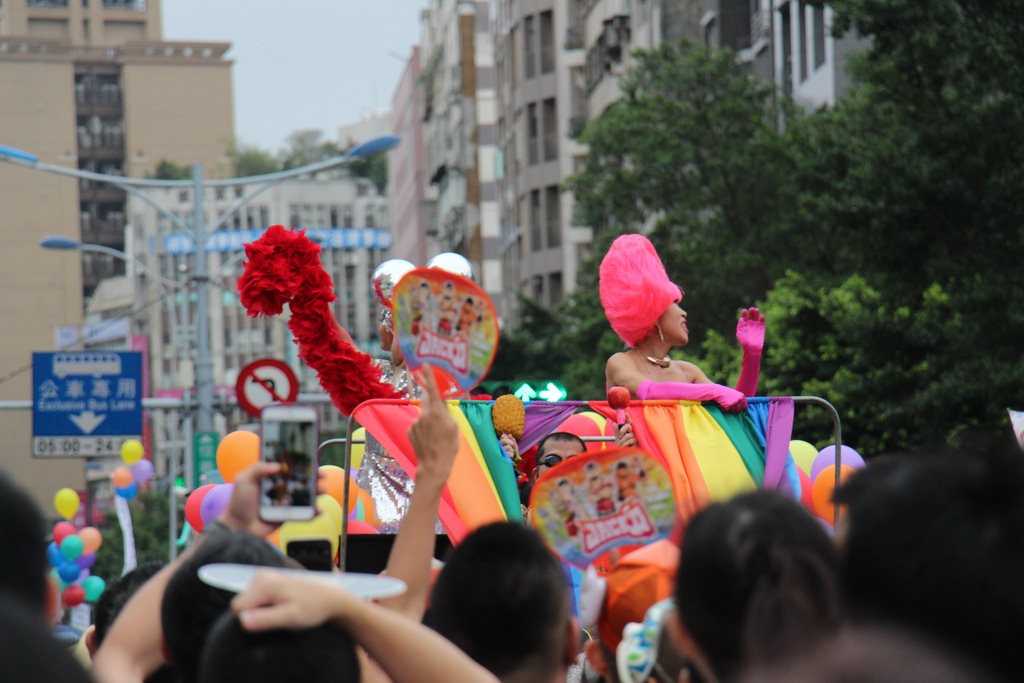 The time has come once again for the streets of Taipei to be lined with rainbow flags, parade floats and smiling faces as thousands of people come out in celebration of equality. Here is a rundown of some of the biggest LGBT Pride events happening in Taipei this weekend.

2018 Taiwan LGBT Pride kicks off tomorrow with a colourful parade that has attracted hordes of eager attendees from around the world since 2003. Taiwan Pride is known as the biggest LGBT event in Asia and is expected to bring in a crowd of over 80,000 people tomorrow.

The theme of this year’s parade is Tell Your Story, Vote for Equality, alluding to the upcoming referendums in which citizens will vote on laws regarding marriage equality and gender education in schools. There is a total of five referendums up for public vote regarding LGBT issues.

The parade has grown so big that it now includes three simultaneous routes, as seen on the map below. Where:
The march will gather at Ketagalan Boulevard between Gongyuan Road and Zhongshan South Road as shown on the map below.

The three routes run as follows:

Formosa Pride is taking the west route of the parade on Saturday but has organized a number of parties across the entire weekend starting with INFINITY and RUNWAY on Friday and Saturday, each with their own after party.

Where:
T.B.A. (will be announced hours before each party)

Admission:
Prices vary depending on the day. Visit the website for more information.

Straight after the parade finishes on Saturday, brand Taiwanize and famous gay club G* Star are hosting a music and dance festival outside Red House (紅樓) in Ximen Ding. There will be a series of performances, competitions and a market showcasing cultural and creative industries from the LGBT community and products from local rainbow-friendly brands. The event will also continue during the same hours on Sunday.

Taiwanese LGBT media platforms GagaTai, LalaTai and GagaOOLala have invited internationally renowned photographer Leslie Kee to host a photography exhibition to showcase the beauty and diversity in Taiwan’s LGBT community. After Japan and Singapore, Kee has chosen Taiwan as the third country to host his project. An opening party will be held Saturday (Oct. 27) evening.

Admission:
Opening party admission is NT$600 including a light meal and two drinks.

Well-established women's party brand Lez's is hosting a special Pride after party with the theme: Run The World／New York／Back to the 70’S Manhattan. The party celebrates the wild and extravagant party culture present through Manhattan in the 1970s made famous via the legacy of Club Studio 54 which has featured in countless movies and other productions. The will be a host of DJs and activities throughout the night.

This weekend there will also be a number of Halloween parties across Taipei. Information on those can be found here.