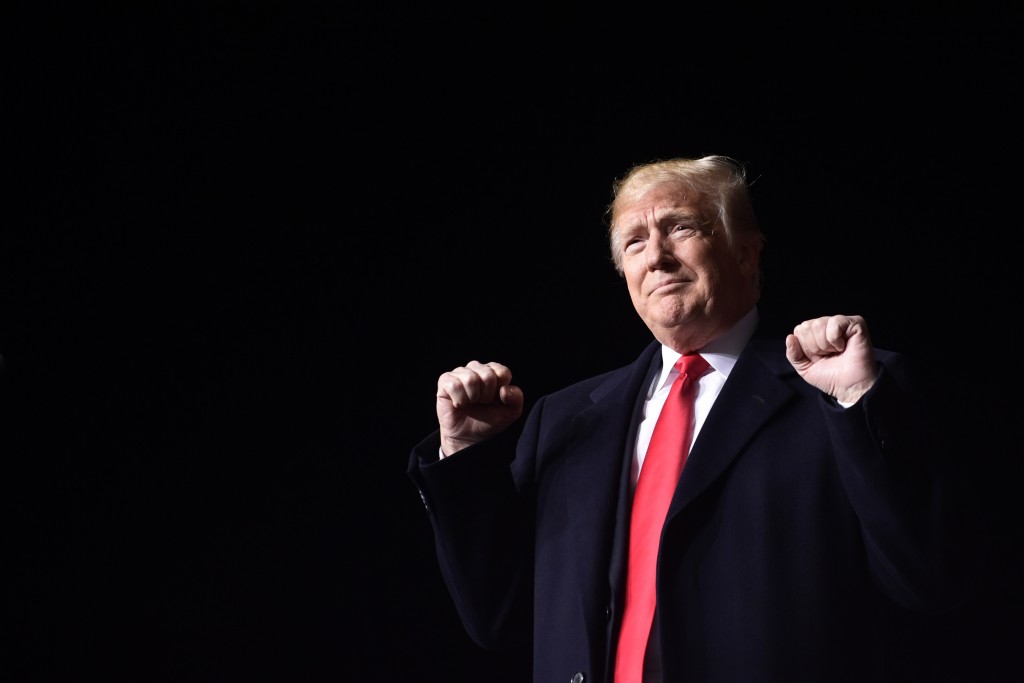 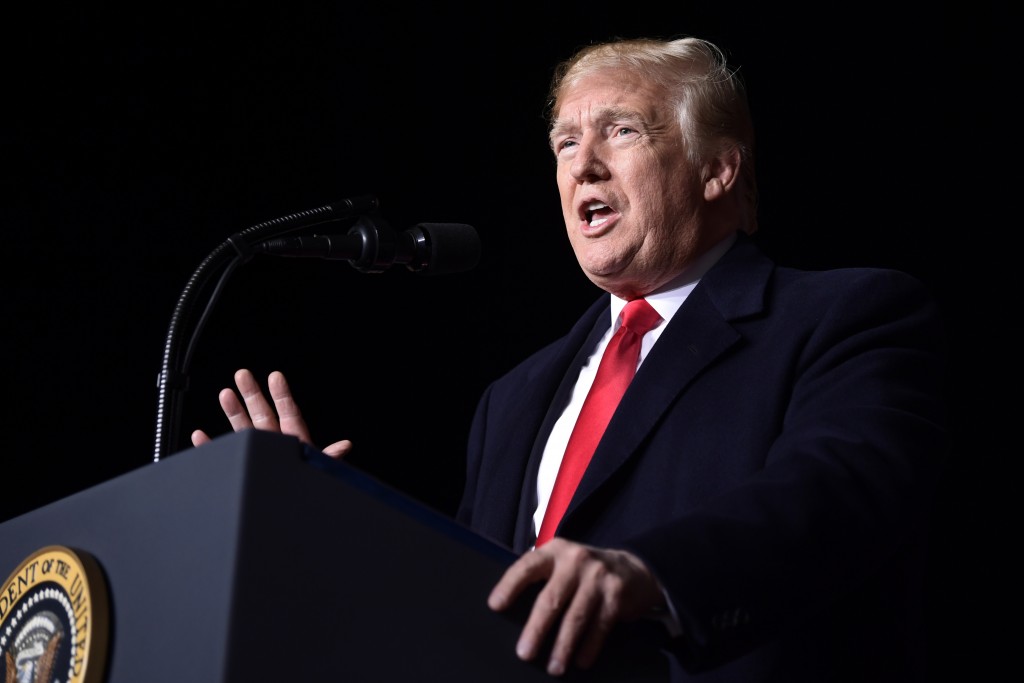 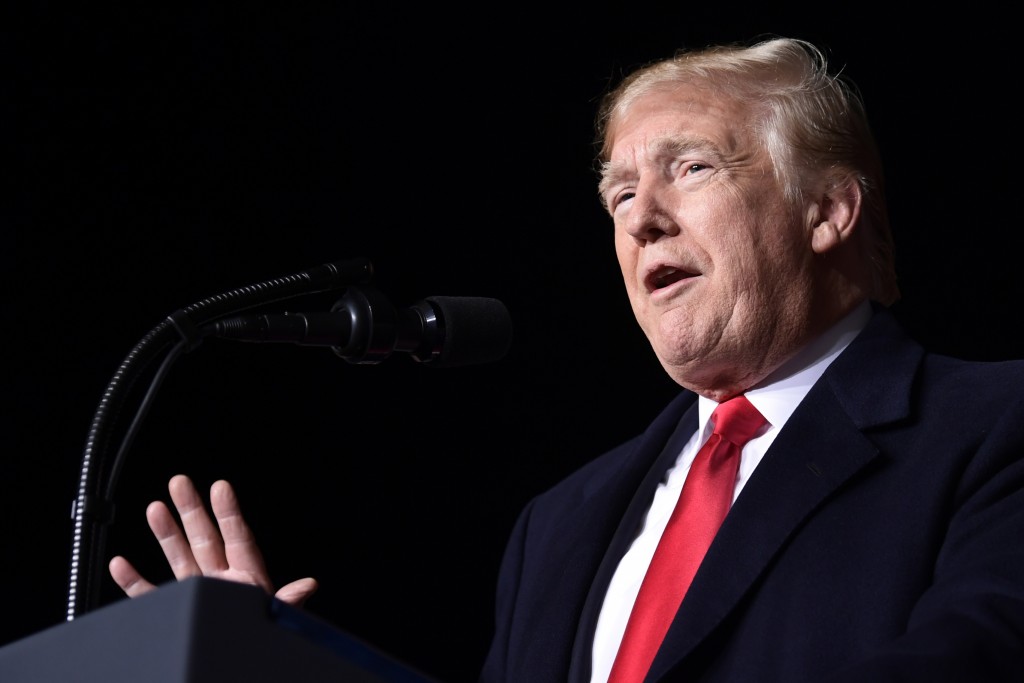 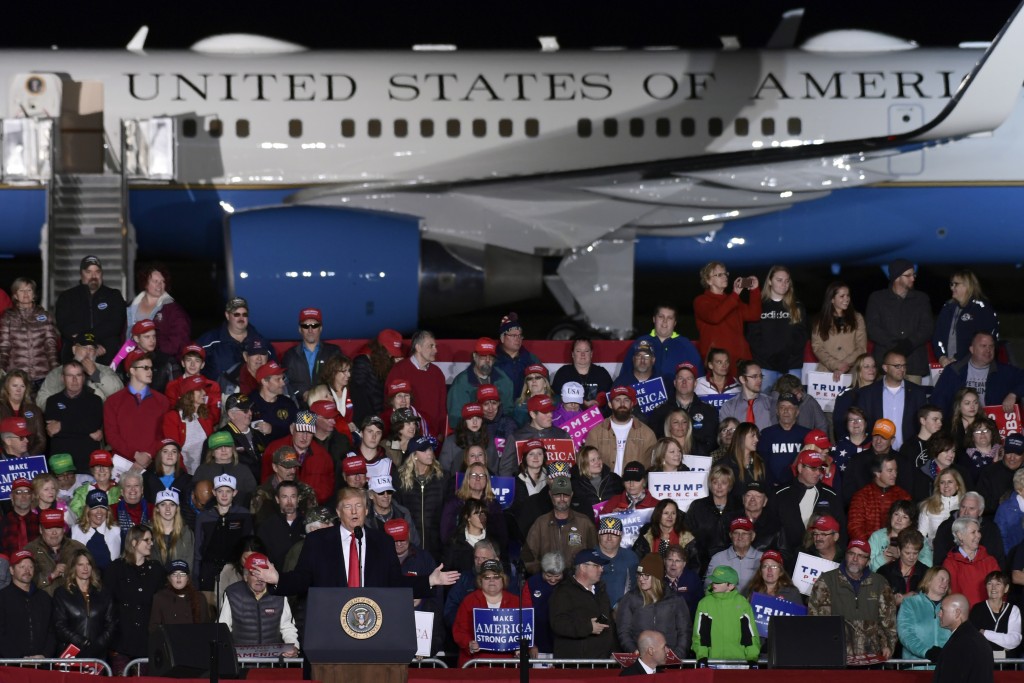 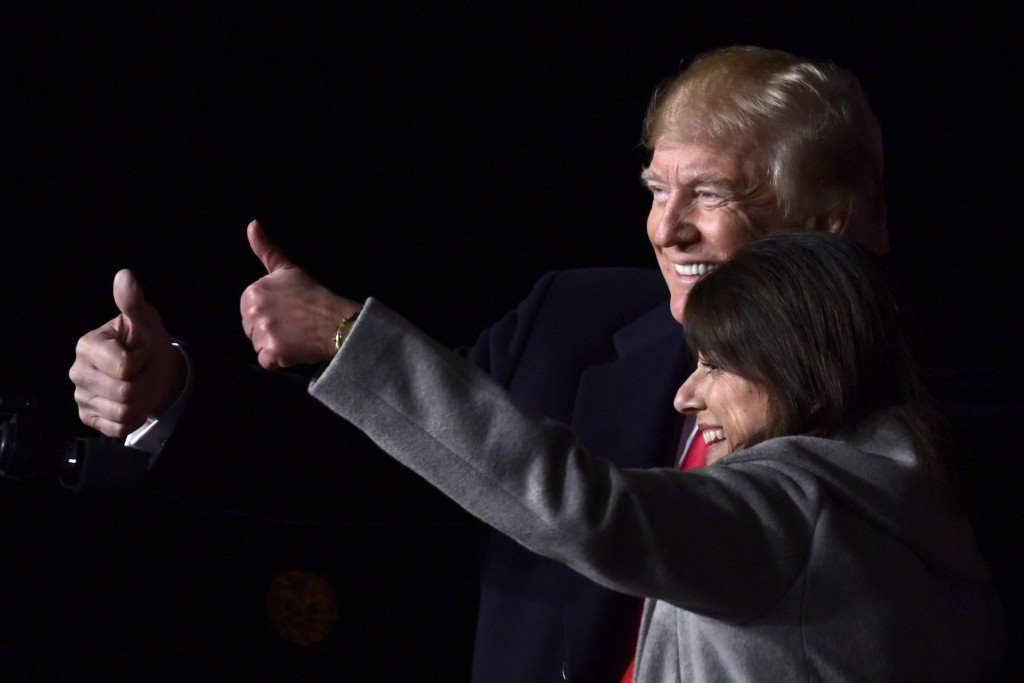 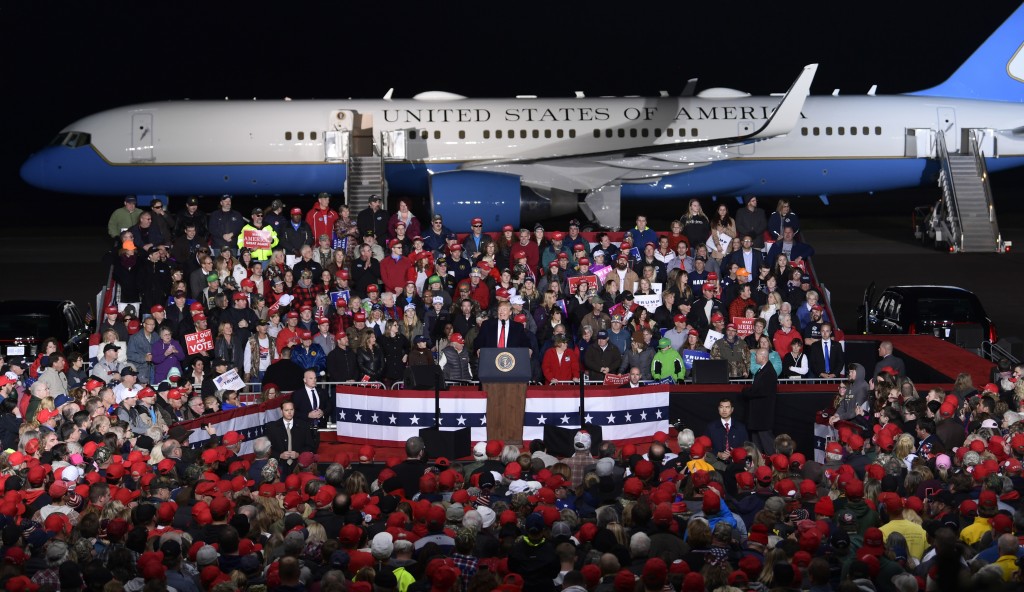 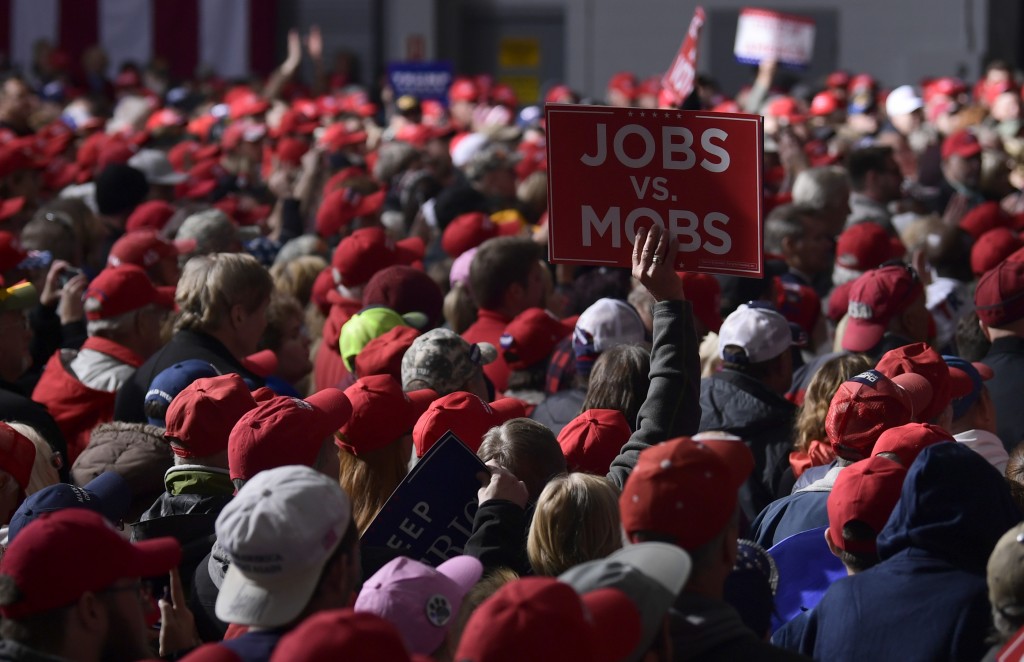 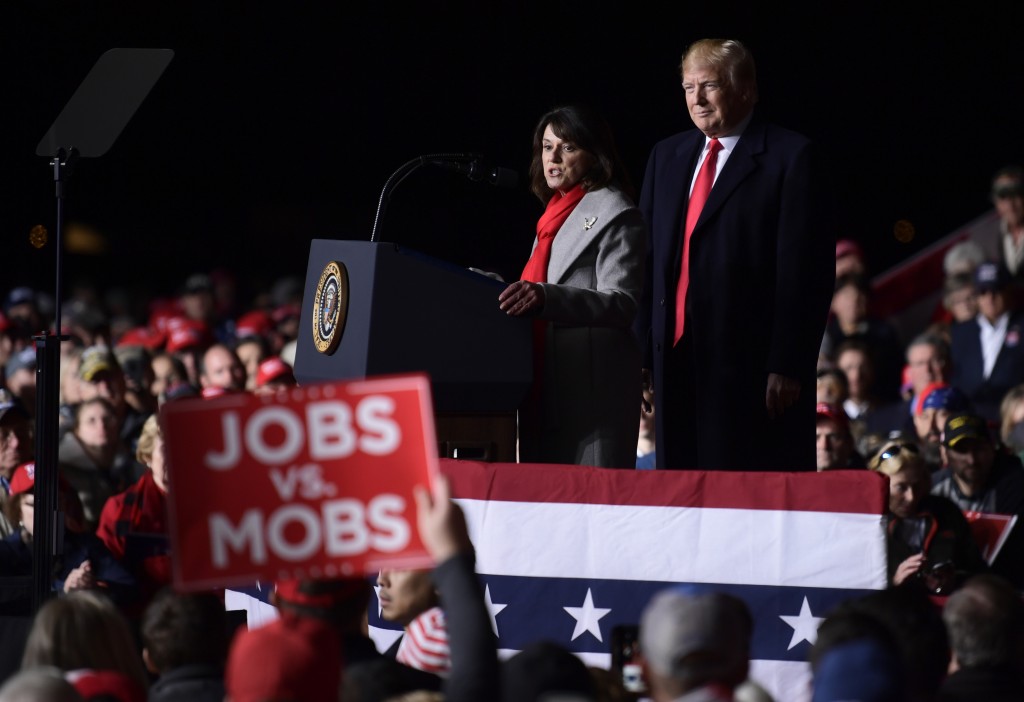 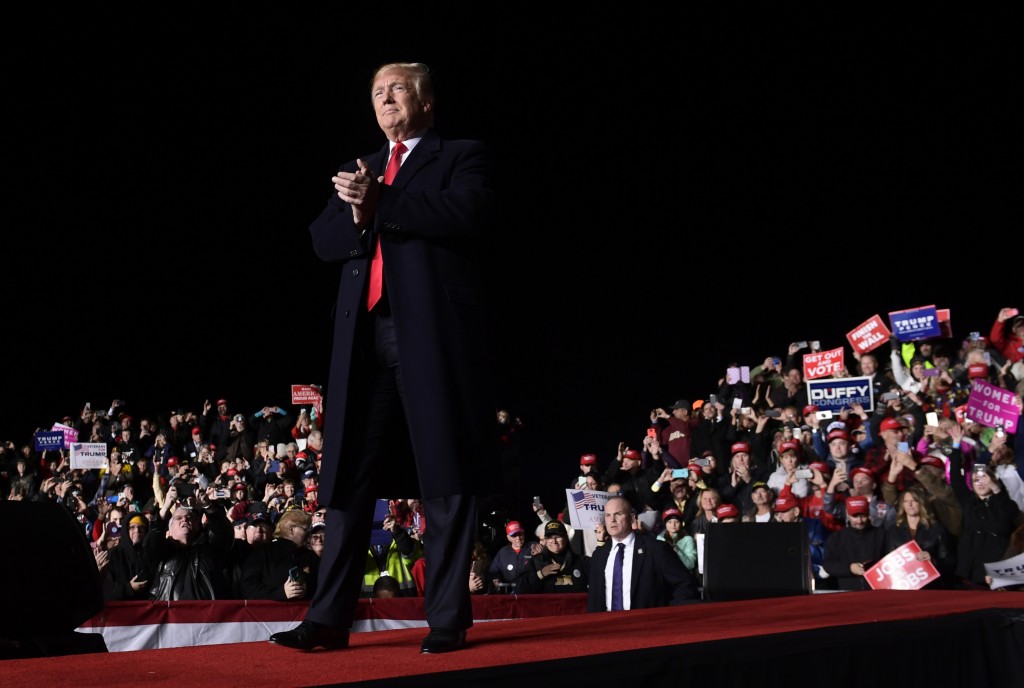 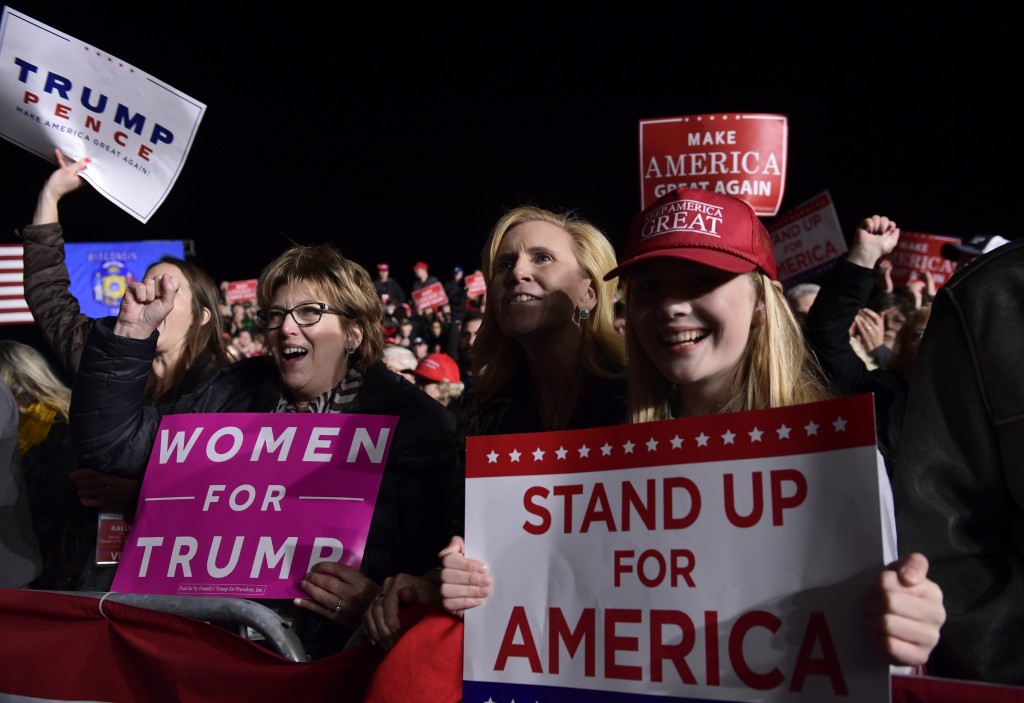 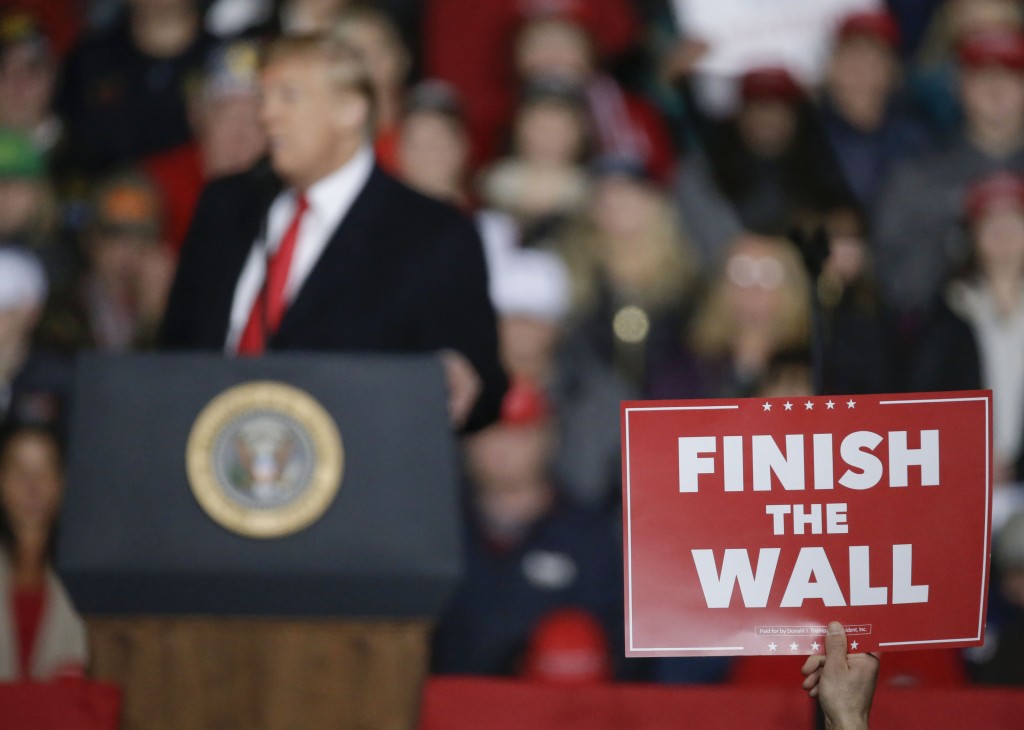 With the country on edge over a widening pipe-bomb scare, talk of national unity quickly gave way to finger-pointing on Thursday. President Donald Trump cast blame on the media for fomenting anger in society while candidates across the country traded partisan broadsides.

Three more devices were found Thursday, bringing to at least 10 the number of pipe bombs and other suspicious packages sent to prominent Democrats and critics of Trump. None exploded, but they dominated the political discourse less than two weeks before midterm elections that could alter the course of Trump's presidency.

Not even 24 hours after CNN's New York headquarters was evacuated after receiving one of the devices, Trump lashed out on Twitter against the media.

"A very big part of the Anger we see today in our society is caused by the purposely false and inaccurate reporting of the Mainstream Media that I refer to as Fake News," Trump wrote. "It has gotten so bad and hateful that it is beyond description. Mainstream Media must clean up its act, FAST!"

With that, Trump followed a familiar pattern: In a moment of national trial, he will briefly stick to a message of healing before returning to more divisive rhetoric.

As he did after deadly hurricanes and the racial violence of Charlottesville, Virginia, Trump stood in the White House on Wednesday and decried the threat of political violence. He largely continued that tone later in the day at a rally in Wisconsin, saying, "We want all sides to come together in peace and harmony," though he also called on the media to end its "endless hostility."

But even as he delivered somber remarks, he seemed to wink to his rally audience that he was aware this was out of character for a president who has repeatedly blasted his political opponents as criminals and argued that they will destroy the country if they win control of Congress in the midterms.

"By the way, do you see how nice I'm behaving tonight?" Trump told the crowd. "Have you ever seen this?"

Trump on Thursday had yet to call former President Barack Obama or Hillary Clinton about the packages sent their way, but he had spoken to Democratic Gov. Andrew Cuomo of New York, the state where many of the packages were delivered.

Law enforcement authorities have ascribed no motive to the crimes. Still, news of the bombs prompted immediate debate over whether increasingly personal and hard-edged rhetoric has contributed to a potentially dangerous political climate.

Aides at the national Democratic and Republican Senate campaign arms said they were seeing nothing to suggest candidates were adjusting their messages or schedules because of the explosives scare. But many candidates were beginning to move into their closing election messages, which are typically more positive.

Indiana Republican Senate candidate Mike Braun was airing a new ad equating Democratic Sen. Joe Donnelly to one of the inflatable dancing devices used to attract attention at car dealerships, and describing him as a "say-anything, do-nothing senator."

Other candidates, such as Wisconsin's Republican Senate candidate Leah Vukmir and the Democratic senator she's trying to unseat, Tammy Baldwin, were plowing ahead as well. Vukmir linked Baldwin to Clinton on Wednesday to chants of "Lock her up!" at an evening rally with Trump. Baldwin was planning to go ahead with an event Friday with Obama in Milwaukee.

Some Trump critics have blamed him for setting a harsh tone and not taking responsibility for contributing to the poisonous political atmosphere.

"Nobody else is being as divisive and inciteful as Donald Trump and so to suggest otherwise is completely wrong," said former Housing and Urban Development Secretary Julian Castro, who is considering a 2020 Democratic presidential campaign. "We wouldn't even be having this conversation with any other president, Republican or Democrat, because they would be big enough to avoid this kind of hateful and inciteful rhetoric."

Trump has insisted that those on the right have been victims of harassment as well, pointing to high-profile incidents in which conservatives have been accosted in restaurants and public spaces by political critics. A number of his allies, including his eldest son, Donald Jr., and conservative commentator Lou Dobbs, have used social media to promote the idea that the bombs may be a Democrat-run hoax.

That was a reference to the 2017 shooting that badly injured Rep. Steve Scalise and others. The gunman, James Hodgkinson, had posted social media messages suggesting he targeted Republicans.

White House press secretary Sarah Huckabee Sanders called it "disgraceful" to suggest the president bears any responsibility for the packages sent to his opponents. She told reporters Thursday that there's a big difference between "comments made and actions taken." She, too, cited the Scalise shooting.

Asked whether the president intended to tone down his rhetoric and personal attacks, she said the president would "continue to lay out the case in the differences between Democrats and Republicans" ahead of the midterm elections next month.