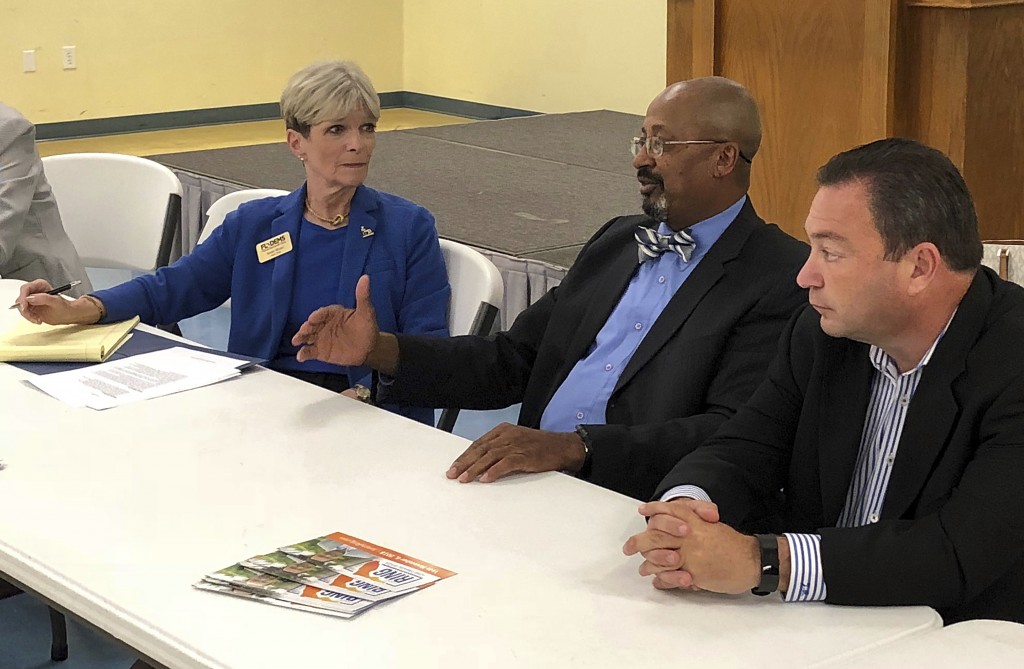 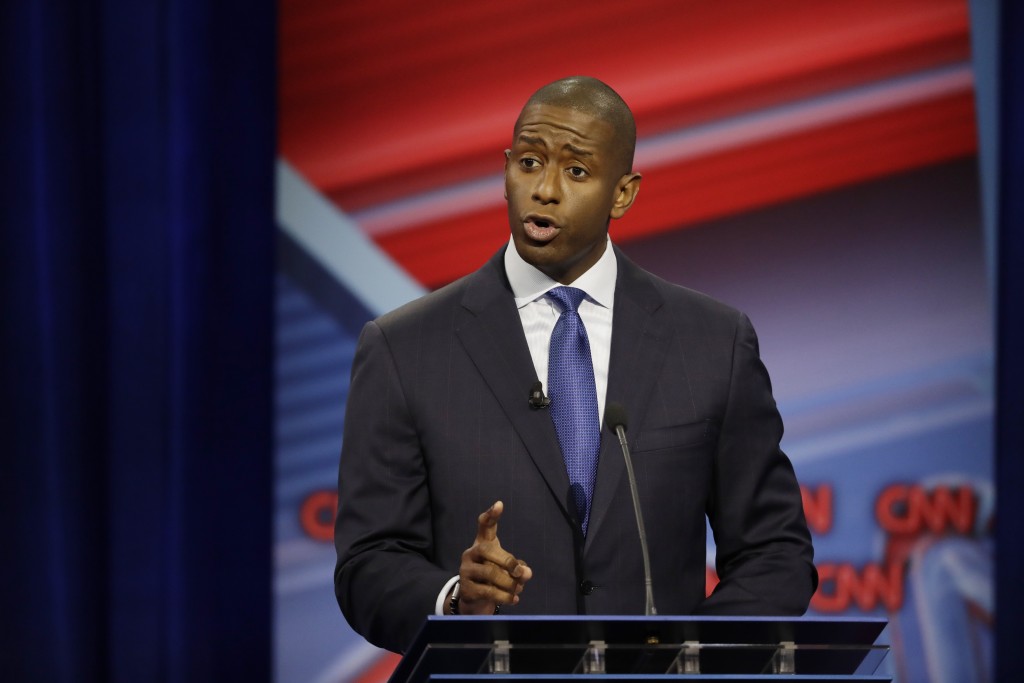 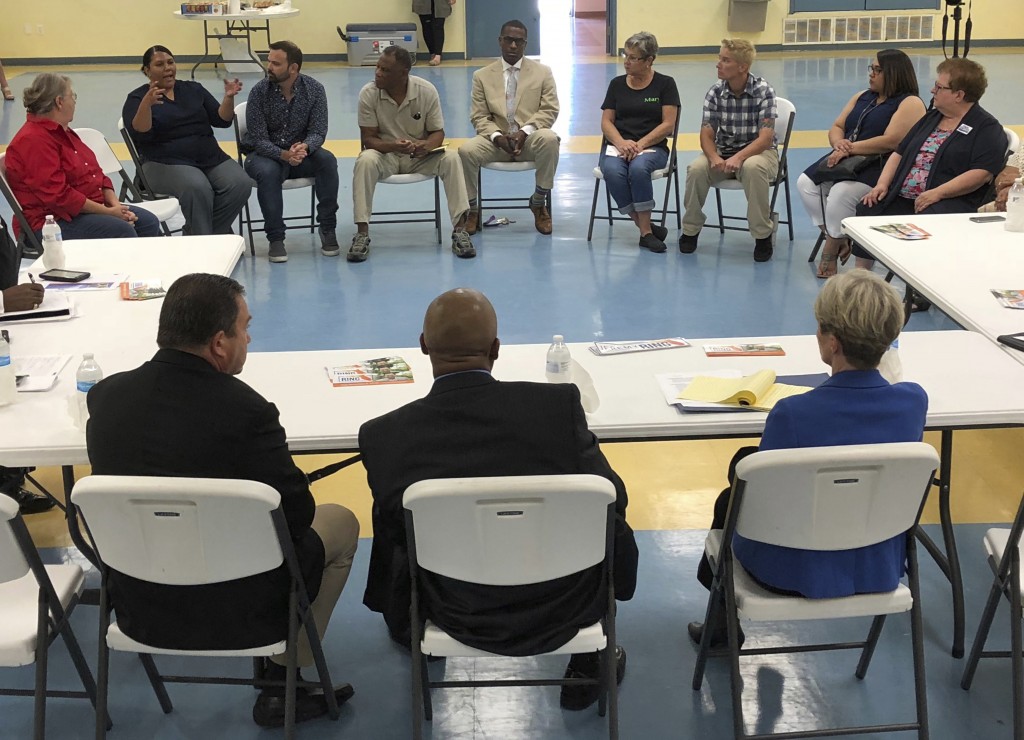 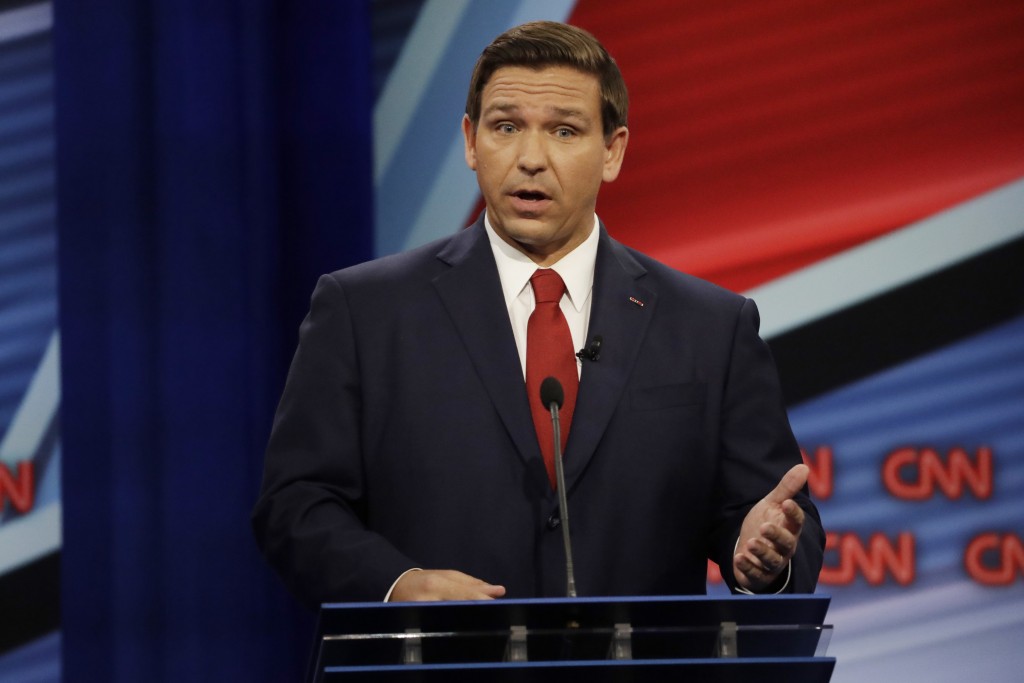 CENTURY, Fla. (AP) — This little town on the Alabama border isn't the type of place where Florida Democrats tend to stop when looking for votes.

It has a population of 1,786, and registered Republicans outnumber Democrats 2½ to 1. But Florida Democratic Party Chairwoman Terrie Rizzo stopped here recently as part of an effort to reach out to rural communities that tend to overwhelmingly support Republicans.

Even Century Mayor Henry Hawkins, a Democrat, seemed a bit surprised he had visitors.

"I'm glad you found your way to Century," he said as Rizzo sat down with a group of fewer than 20 people. "This is a place that most people don't know nothing about."

The town is where Lawton Chiles started a 1,003-mile walk across Florida on his way to winning a U.S. Senate seat in 1970. Chiles is also the last Democrat to serve as governor of Florida. He was elected to his second and final term in 1994.

But a lot has changed since "Walkin' Lawton" made his walk. Back then, Democrats dominated Florida politics, and the Florida Panhandle supported Democratic candidates. These days, rural areas like the western Panhandle firmly back the GOP.

In the more recent past, Democrats have focused on getting votes out of their South Florida stronghold — the Miami, Fort Lauderdale and West Palm Beach areas — while being competitive along the Interstate 4 corridor that cuts through the middle of the state from Daytona Beach to Tampa.

Editors: After decades of losing ground across most of the South, Democrats are finding unexpected energy in the region during the 2018 midterm elections. Even in states traditionally seen as deeply red, the party is finding hope for a resurgence - in local and state races as well as on a national stage. In this four-part series Southern Inroads , The Associated Press looks at a few key areas of Southern states where Democrats are focusing energy as Election Day approaches.

The party said it hired 47 organizers in the western Panhandle alone, an area where they typically don't have any organizers. Party spokeswoman Caroline Rowland said the effort is paying off, with an increase as much as 6.5 percent in vote-by-mail ballots in those counties. The party is also in communication with local officials and grassroots volunteers to help make sure people can reach early voting sites in areas hit by Hurricane Michael.

While Barack Obama carried Florida in the 2008 and 2012 presidential contests, Democrats have had little success in midterm elections and are hoping to break their losing streak with a new focus on areas where they haven't mounted much of a fight in more than two decades.

The thinking is that even if they don't carry these rural counties, they can cut the margin of defeat enough to be more competitive statewide.

"We've lost three of the last four elections by an average of 80,000 votes. It's important to be in every county, and it will make a difference. There are Democrats here. We're offering them a reason to come out and vote," Rizzo said after the meeting.

"We've got to stop treating the race for the governor as if it's the Electoral College. You don't win one county and lose another — pick up Miami-Dade and Broward and Palm Beach and lose the rest," Gillum said in an interview.

Instead, he said, the way to win the state is by "losing less in some of these red areas that we'll never wholly get. But we don't need to wholly get them; we need to decrease the margins."

Still, Dan Smith, a University of Florida political science professor, questioned the strategy of using the party's limited resources to go after small blocks of votes when there is still a turnout problem with minorities and younger voters in large urban areas.

"If I was putting my money into it, that's where I would be focusing," Smith said. "It's not that those (rural) votes are less valuable, there's just a lot less of them."

"The Republican Party of Florida has had historic success in flipping these rural counties from Democrat to Republican in recent years, mostly because voters in these areas continue to walk away from today's Democrat party," Ingoglia said in a statement. Just because the Democrats "can fill a room with a bunch of radical activists doesn't mean they're making inroads."

Rizzo lives in Palm Beach County, about 600 miles away from Century. She had never been to the town, which is surrounded by cotton fields. The small crowd at the meeting featured local candidates and party activists, and one of the main topics was the shutdown of public schools that forced children to be bused as much as 20 miles away.

The mayor said it helps to have the party pay attention to an area he says has been largely ignored by politicians in Tallahassee, the state capital.

"Now our citizens will know that people are concerned about them. We're not pushed to the curb," Hawkins said. "At least people can't say nobody came by to see them."

That's the message Century resident Tawana Jones is trying to spread through her community, especially among African-Americans.

"Unfortunately it is very difficult to get them to vote and realize the importance of voting and that they actually can make a difference," Jones, 37, said after the meeting. The politicians "were there to energize the community. They were there to say, 'Your voice does count. It does make a difference.'"

Find the full series at https://apnews.com/SouthernInroads .