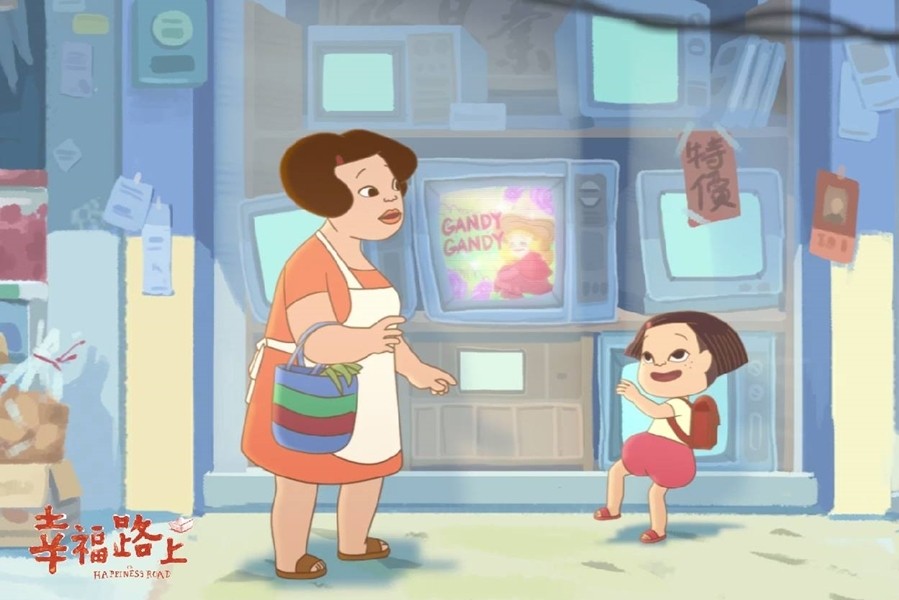 The animated features submitted for the Oscar include "On Happiness Road," Taiwan's animated film that has won international awards.

"On Happiness Road" (幸福路上) is directed by Sung Hsin-yin (宋欣穎) and tells the story of the life of Lin Hsu Chi, a Taiwanese woman born in 1975 who moves to the U.S to pursue her dream. After her grandmother passed away, she rushes back to Taiwan and she begins to reminisce about her life and the meaning of happiness as the film showcases her childhood memories in Taiwan.

"On Happiness Road" was released in Taiwan early in the year, and garnered a lot of positive feedback. It took four years to complete the movie production, and after its release, the film won first prize at the Taipei Golden Horse Film Festival, the grand prize at the 5th Tokyo Anime Award Festival in Japan, the AniMovie Award at the 2​5th Stuttgart Festival of Animated Film in Germany, the Best Animated Film Award at the 2018 Taipei Film Festival, and first prize award at the Seoul International Animation Film Festival in South Korea.

Another mandarin animated movie nominated for the Oscar is "Have a Nice Day" (大世界) from China, with the other selected works mostly from the U.S and Japan, including Dr. Seuss' "The Grinch" (鬼靈精), "Early Man" (石器小英雄), "Ralph Breaks the Internet" (無敵破壞王2：網路大暴走), "Spider-Man: Into the Spider-Verse" (蜘蛛人：新宇宙) submitted by the U.S; and "Fireworks" (煙花), "The Laws of the Universe–Part I", "Mirai" (未來的未來), "The Night is Short, Walk on Girl"(春宵苦短，少女前進吧！) from Japan.

Nominations for the 91st Academy Awards will be announced on Jan. 22 next year, and the award ceremony will be held on Feb. 24, 2019.