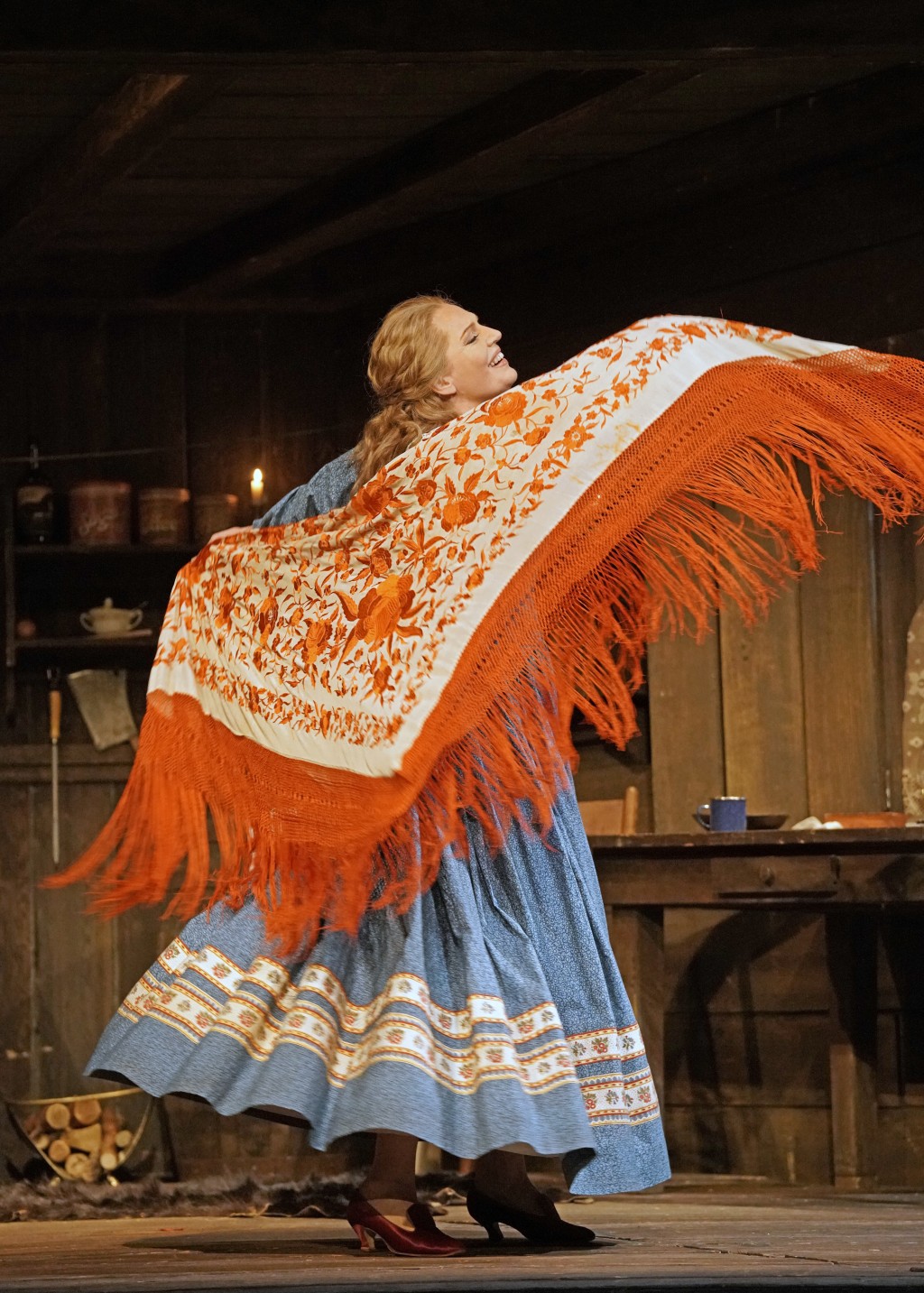 NEW YORK (AP) — Puccini's "The Girl of the Golden West" is one of his few heroines who doesn't die at the end of the opera, and Eva-Maria Westbroek thinks the happy ending fits the composer's message perfectly.

The Dutch soprano said the opera, set in the Western United States during the Gold Rush, is "really about redemption and forgiveness."

She says people often can't see past "the cowboy thing and the little jokes, but it's very deep and very positive."

Westbroek is starring in a production at New York's Metropolitan Opera that will be broadcast live in HD to movie theaters on Saturday. The cast includes German tenor Jonas Kaufmann, who is returning to the Met after an absence of more than four years.