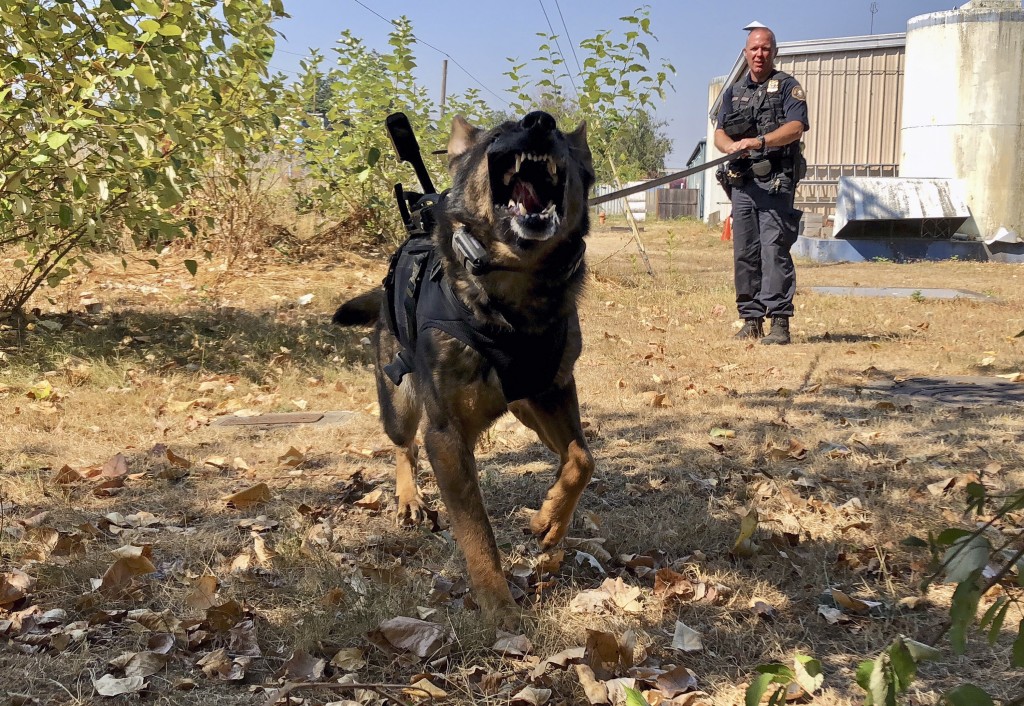 MILWAUKEE (AP) — Police dogs have always helped their human counterparts through their eyes and nose, and now some of the dogs are getting their own backup — cameras that transmit live video.

The devices generally attach to dogs' backs on a vest and transmit video to a handler watching from a screen, possibly on their wrist or around their necks. It's so the officers can better assess what they are up against before they go into a situation.

"If we have a really close encounter with armed people it doesn't work out well for anyone," said Shawn Gore, Portland, Oregon, police K-9 officer. "If we can gain distance it gives us lots of options to negotiate and de-escalate."

David Ferland, executive director for the United States Police Canine Association, a training program for police dogs, said departments generally use the cameras when dogs go out to look for suspects, missing people or explosives — for the dog's safety and for intelligence gathering.

Ferland doesn't have statistics but he suspects fewer than 5 percent of agencies have the cameras because they are so expensive. Most cost between $6,000 and $20,000, he said.

But some K-9 academies are already training dogs with vests and cameras so they get used to them, Ferland said.

K-9 cameras started gaining traction about a decade ago after departments saw their success in helping dogs in the military, he said.

Law enforcement agencies generally pay for the cameras through donations or use forfeiture or drug seizure money, which is how Portland is paying for its cameras. That police agency has used 10 cameras on its 10 K-9s since about 2012 and is in the process of getting newer cameras, costing about $20,000 each.

Tactical Electronics started making K-9 cameras in 2006 and has sold 5,000 to 6,000 to law enforcement and military around the world, said Addie Ventris, the company's marketing director.

"Being able to get a layout of an area — whether it's out in the woods or in a house or it's in a business, the camera will start to give us that layout so when officers have to go into that environment they can do it more safely," Diedrich said.