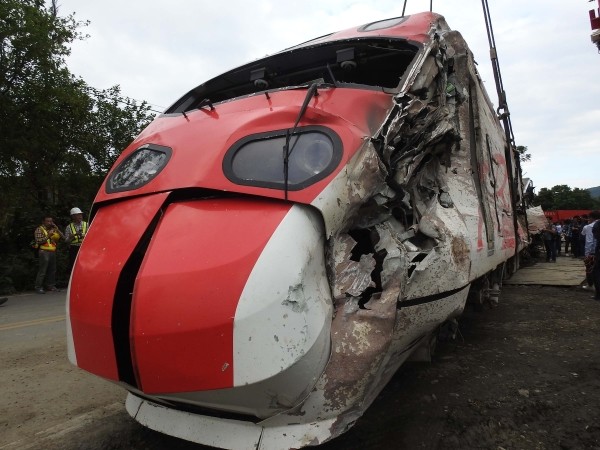 TAIPEI (Taiwan News) -- After the deadly derailment of the Puyuma Express train claimed the lives of 18 and injured 190 in eastern Taiwan's Yilan County on Sunday, the train's driver in court today blamed himself and waived his right to an attorney, reported UDN.

The 48-year-old driver, identified as Yu Chen-chung (尤振仲), who suffered injuries to his head and chest in the accident, admitted to prosecutors that after a power problem had occurred with the train, he disabled the Automatic Train Protection (ATP) system. Yu says he then switched it to manual mode and visual monitoring.

He said he accelerated the speed of the train after passing Luodong station, and when the train approached a curve near Xinma station, it was too late for him to decelerate and he watched helplessly as the train leaped off the tracks.

As Yilan District Chief Prosecutor Chiang Chen-yu (江貞諭) feared there was a danger that Yu would tamper with evidence and could possibly attempt to flee, she filed a motion for his detention. Yu told the court he had no objection to his detention, saying "I do not want to mount a defense," and waived his right to a lawyer, even after his son offered to find him one.

However, in accordance with the law, the court found a public defender, and his family helped him find an attorney.

Yu was held for questioning for four hours, beginning at 1:00 a.m. this morning, before being released on NT$500,000 (US$16,140) bail at 5:20 a.m. He was then transported back to Saint Mary's Hospital Luodong for additional treatment of his injuries, as well as psychological counseling for locomotive drivers. 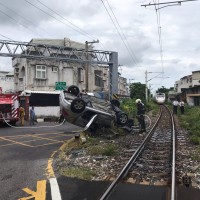