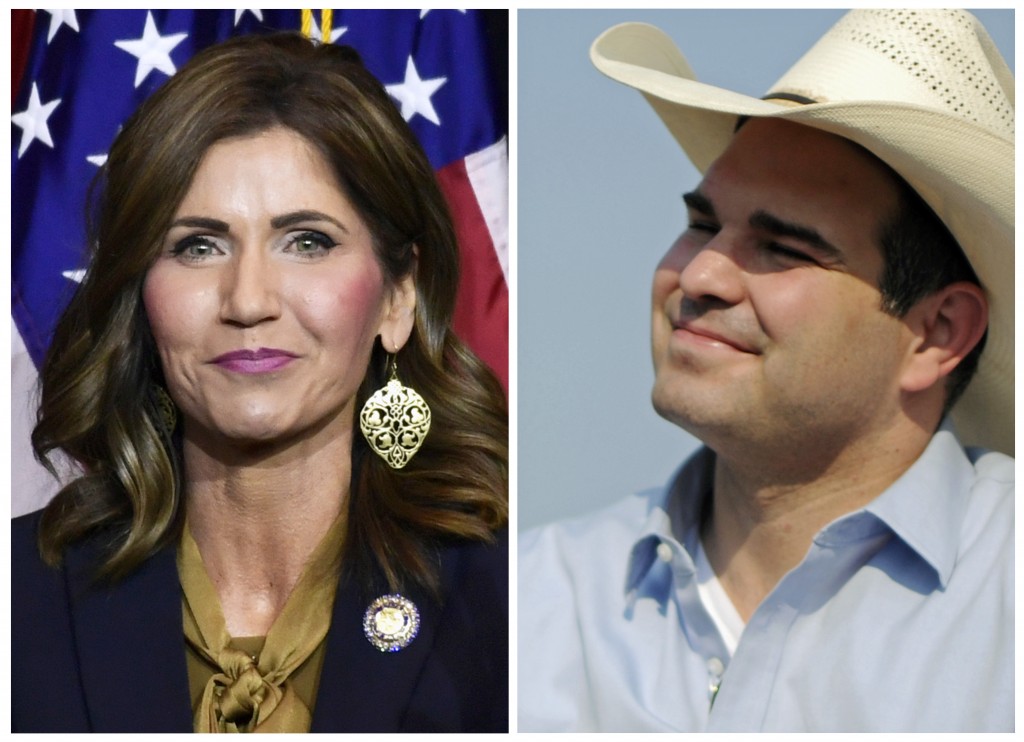 Noem, a four-term congresswoman, is favored to become the conservative state's first female governor. But Sutton got a boost in the past week with endorsements that included the state's largest newspaper, the Sioux Falls Argus Leader, and the nonpartisan Cook Political Report recently moved the race into tossup territory.

Sutton, a state senator and former professional rodeo cowboy paralyzed in a 2007 rodeo accident, would be the first Democrat to hold the office in decades. He has portrayed Noem as a Washington politician working for special interests.

Here's a look at some issues likely to come up at Tuesday evening's debate on KELO-TV:

The political jabs filling the airwaves are almost sure to surface. Noem's campaign has dubbed Sutton a "Bernie Sanders liberal hiding under a cowboy hat," played up his support for Hillary Clinton in the 2016 presidential race and called his campaign "one big lie."

Meanwhile, Sutton, a self-described "pro-life and pro-Second Amendment" moderate, has aired a television ad featuring a Republican saying Noem has taken millions of dollars from special interests and "doesn't work for us." Another Sutton ad says Noem is the "worst of Washington."

Noem might invoke her campaign's allegation that Sutton supports a state income tax, a claim that Sutton has denied. It's a delicate subject in heavily conservative South Dakota, which is one of only seven states without such a tax. An Associated Press Fact Check of the allegation found it mostly false.

If elected, Sutton has said he wouldn't propose tax increases, but didn't promise to reject tax hikes that make it to his desk, according to the Argus Leader . Sutton's campaign has said Noem supported tax and fee increases when she served in the South Dakota Legislature.

Transparency is a key issue for both candidates in the wake of major financial misconduct scandals that grabbed South Dakota headlines. (Neither one was involved.) Noem has offered a sunshine initiative that includes having state and local government board meetings livestreamed, creating a property tax toolkit that would allow taxpayers to see where their money goes and supporting a reporter shield law.

Noem is likely to renew her campaign's attack on Sutton for wanting to "expand Obamacare in South Dakota." That's a reference to Sutton's support for expanding the Medicaid health coverage program for poor and disabled people.

Outgoing Republican Gov. Dennis Daugaard had supported opening the program to roughly 50,000 more poor residents, but ultimately abandoned plans for expansion in 2017 after a discussion with then-Vice President-elect Mike Pence. Noem opposes Medicaid expansion, and her ad says it would increase costs for taxpayers.