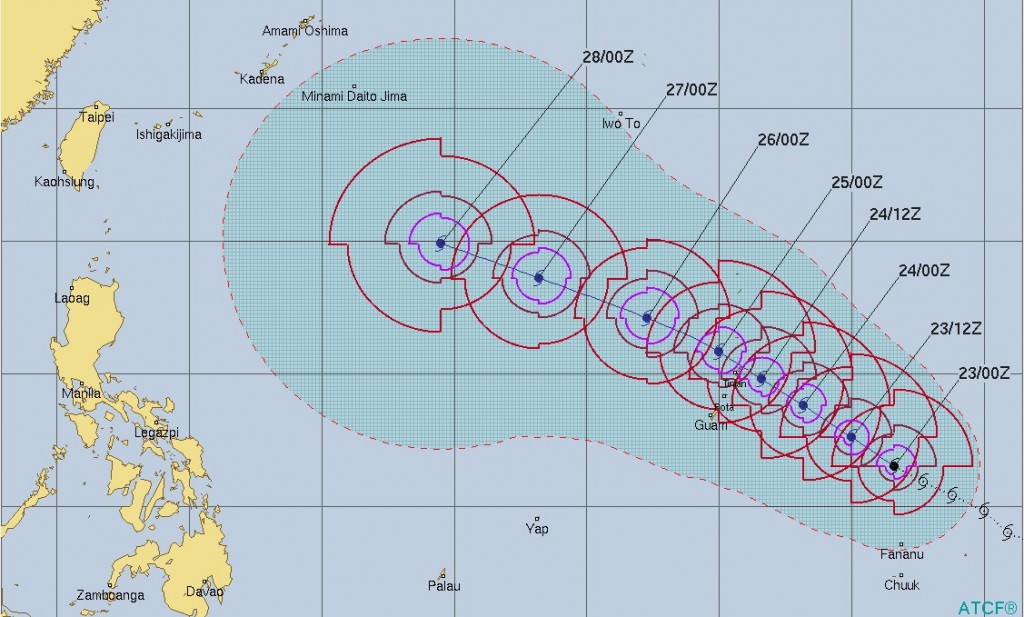 TAIPEI (Taiwan News) -- The Central Weather Bureau (CWB) does not currently expect Typhoon Yutu to directly impact Taiwan, however, there are many variables that could alter its path in the coming days.

As of 2 a.m. this morning, Typhoon Yutu was located 3,580 kilometers east-southeast of Taiwan's southernmost tip of Eluanbi, had a radius of 150 kilometers, was moving northwest at 20 kilometers per hour (kph) and was packing maximum sustained winds of 118 kph, with gusts of 154 kph, according to the CWB. The CWB predicts that Yutu's winds will intensify to 183 kph, while Japan's The Regional Specialized Meteorological Center (RSMC) predicts its winds will strengthen to 190 kph.

The U.S. Joint Typhoon Warning Center predicts Yutu will reach an even stronger intensity of 135 miles per hour (217 kph), making it a super typhoon. The European Centre for Medium-Range Weather Forecasts (ECMW) shows a path similar to the CWB in which it turns west before hitting westerly winds and shifting north, away from Taiwan. CWB weather forecaster Lin Ding-yi (林定宜) said that after passing through the sea near Guam, Yutu will likely gradually turn northward toward Japan's Ryuku islands. Lin said Yutu will continue to gain in intensity, but the CWB model does that predict that it will impact Taiwan directly.

A minority of the models have Yutu turning south, avoiding the westerly winds and then heading west toward the Philippines. Currently, none of the five-day models have Yutu ultimately heading toward Taiwan, however given the vast distance the cyclone has yet to cover and the limits of technology, further observation is needed to be certain that Taiwan will be out of harm's way. 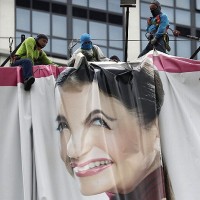